The latest version of Gran Turismo Sport is now available on PlayStation 4. Like the updates that have come before, it introduces a handful of cars to the 2017 sim racer, plus other goodies.

We first got word of the April Update last week, courtesy of Porsche. Shortly after, series head Kazunori Yamauchi confirmed it was on its way via his usual silhouette teaser.

Version 1.38 weighs in at 1.75GB. Read on for all the details, starting with the new cars available.

Polyphony Digital has injected more rides into GT Sport nearly every month, and April is no exception. Fans got a good idea of what to expect last month, thanks to a leak on the official GT website. This is a smaller batch than other months, but despite numbering only five, it covers a fairly diverse spread for players to get their hands on: 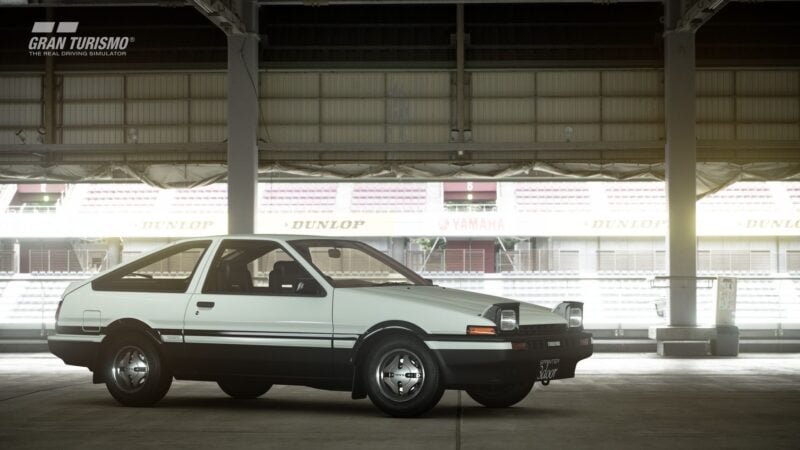 We start with the biggest addition, at least in terms of performance. Porsche’s 962 was a goliath in prototype racing during the ’80s and ’90s. It took over 20 series titles, plus two overall Le Mans victories — three if you count the loophole-exploiting Dauer 962 of 1994. It lands, like other real-world Group C cars, in Sport’s Gr.1 class. It also comes with an instantly recognizable livery — though we imagine the community will soon provide all manner of replicas for it in short order.

The 962C isn’t the only classic car this month. Renault’s boxy R8 Gordini and Toyota’s tofu-delivering Sprinter AE86 are both from the last millennium as well. Franchise fans will be familiar with both from GT6, though it’s worth noting the Sprinter gets a thorough remodel here, as it was only ever a “Standard” PS2-era model in that game. 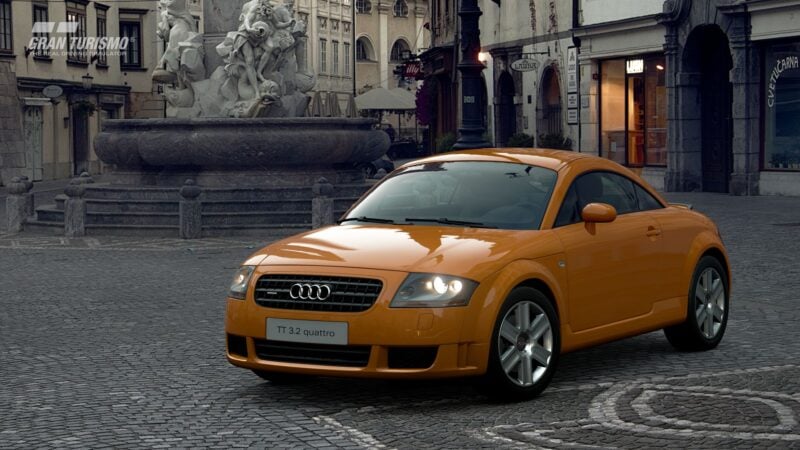 Another returning car from the PS3 era is the first-generation TT, here in rare V6 form. The first road-going Audi to make use of the firm’s dual-clutch transmission, it remains a style icon.

Lastly, there’s a car that gives the existing Mazda Atenza a run for its money as the most everyday-style car in GT Sport. The 2014 Honda Fit Hybrid is an unlikely track weapon, but hey, that’s long been the base appeal of games like Gran Turismo. It should make for close one-make races… 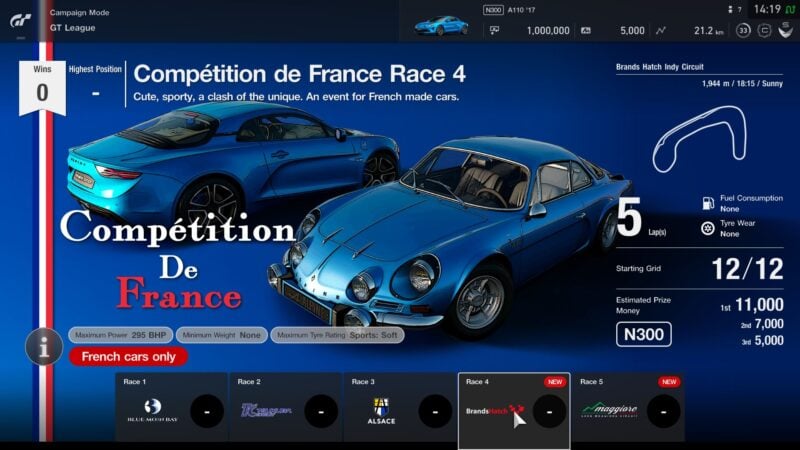 Also traditional with these regular updates is the expansion of the single-player campaign mode. The new races are spread evenly across three leagues, with two new rounds each for three of the existing series:

Two other notable additions land with v1.38. A new featured selection of Scapes touches down, focusing on New Zealand. The collection provides players with numerous real-world photographs to drop their digital pride-and-joys on.

For the more competitively-minded, there’s now the ability to check your Global Manufacturer Ranking in the FIA-certified Manufacturers Series. With seats for each squad being as limited as they are, this should provide racers with a better idea of where they stand on a global level.

As ever with these things, make sure to keep an eye on our GT Sport sub-forum for any undocumented changes.

GT Sport Game Updates
595 Comments Discuss this post in our forums...
Test Your Badge Knowledge With Our Car Logo Quiz

Gran Turismo Sport 1258 Feb 22 by Andrew Evans
A new set of GT Sport Daily Races has arrived, and the next seven days will put you in racing action at circuits — real and fictional — around Europe.…

Gran Turismo Sport 2216 Feb 18 by Andrew Evans
Updated February 20: Since we posted the details below, all corresponding information has been removed from the official Gran Turismo website. We’ll update this article with more information as we…

Gran Turismo Sport 1258 Feb 15 by Andrew Evans
The latest set of GT Sport Daily Races, running for the next seven days, will see you recreating the golden era of rally in a rather unusual event — as…

Gran Turismo Sport 2216 Feb 12 by Andrew Evans
Polyphony Digital has released more information on the scheduling for the 2021 season of the Gran Turismo FIA Online Championship. Although we don’t have a full race calendar yet —…