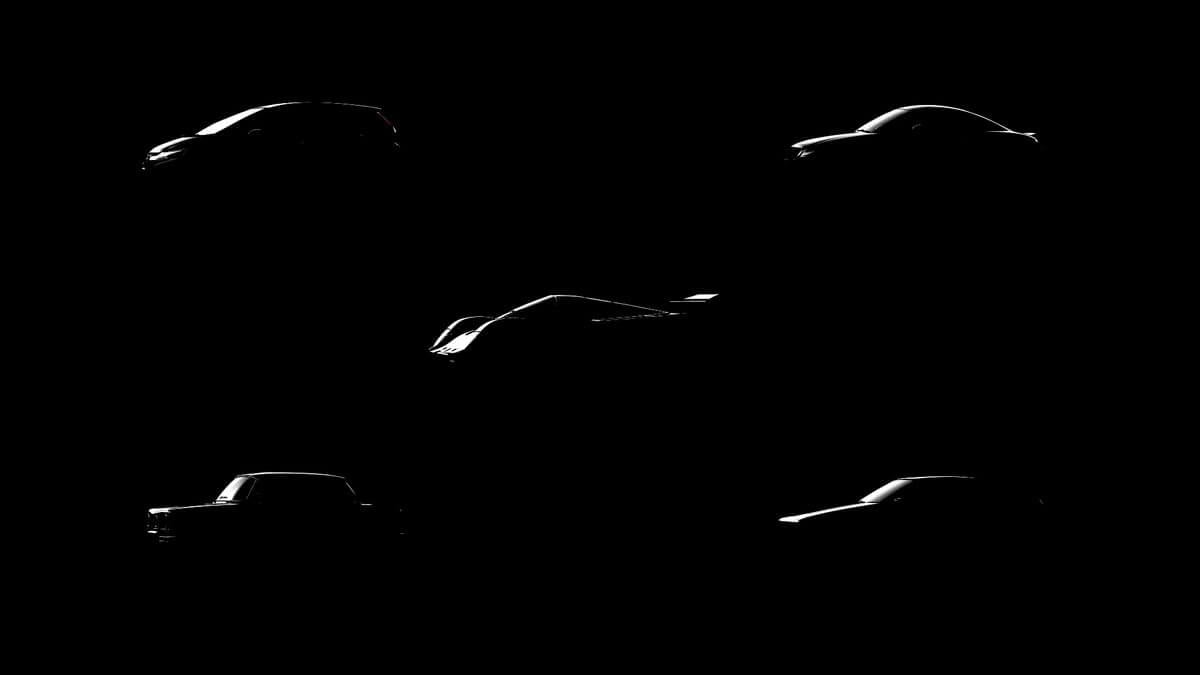 Kazunori Yamauchi has confirmed the information we reported yesterday: GT Sport’s next content update is arriving before the end of this month.

The Polyphony Digital studio head has taken to Twitter to post the traditional teaser. This takes the form of the silhouettes of the vehicles due to arrive in the update. He also confirms the timing, although only so far as to say it’s next week:

This month’s guessing game is not quite so hard as in previous months. That’s because a glitch in the official Gran Turismo website following the second March content update spilled the beans.

As usual, there’s likely to be far more content aside from the five vehicles. Almost every content update has also brought a new circuit, and we’re not expecting this update to be an exception. It’s also probable that there’s further events coming to the game’s GT League section, along with additional Scapes. Circuit Experience is less likely to gain a new section, as the instructional event for the most recent track, Autopolis, arrived at the end of March.

We’ll bring you any further information as it becomes available.

Update: An in-game maintenance notice confirms that the update will be available on April 23. Please note that, as usual, you will not be able to access GT Sport‘s online services, including saving your game, when the maintenance period starts (0400 YTC) and until you apply the update. This means you’ll need to make a manual save well in advance, to preserve your game progress.