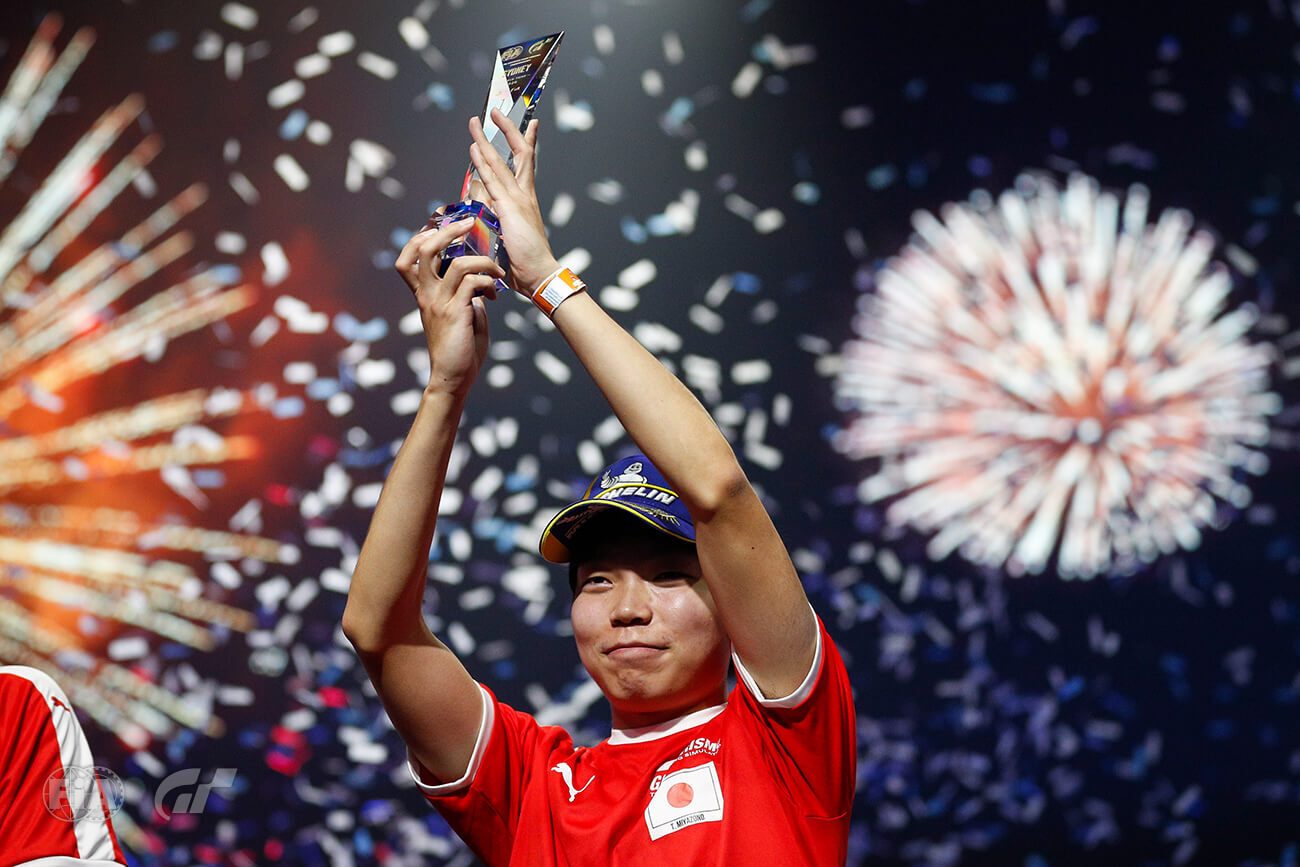 The 2018 EMEA Regional Finals in Madrid, in particular, have always stuck with me. You might remember it for the massive, 28,000 sq. ft “Gran Turismo theater” built inside the convention center hosting Madrid Games Week.

This venue was packed to standing-room only, and the local Spanish crowd was there to cheer on their own Coque Lopez as he fought against Mikail Hizal for the regional championship. The waving flags and the energy and excitement from the crowd was overwhelming enough for me to declare it the “best Gran Turismo event, ever”.

However, upon returning from the 2020 FIA GTC World Tour season opener in Sydney, Australia, I think we have a new benchmark. Here’s why Sydney set the standard:

Although the Manufacturer Series was never really in doubt, the Nations Cup finale offered up what many are calling the greatest race in Gran Turismo World Tour history.

Initially, there was some grumbling about the slightly updated format. The often-chaotic “repechage” race, which allowed drivers a last-chance shot at qualifying for the finale, was no longer on the schedule.

Once the semi-finals were under way, however, nobody missed it. With more time, the races were longer, which gave the drivers more opportunities to strategize. They took fewer risks, which meant fewer mistakes, incidents, and penalties.

It set the stage for a thrilling Grand Final, as two established drivers with compelling histories faced off in a strategic battle that was ultimately decided by inches at the finish line. In terms of entertaining racing — virtual or otherwise — it doesn’t get any better than that.

The racing was great, but what really sent the drama over the top were the human stories running underneath it all.

Cody Nikola Latkovski has had a bumpy ride in the FIA Gran Turismo Championships. Known as one of the best in the world, a series of aggressive moves had sullied his reputation and attracted many critics.

He vowed to improve, and his driving became faster and cleaner. His growth was remarkable to watch in 2019, but he was never rewarded for it with a World Tour victory last year. Fighting on “home soil” in Australia with both Fraga and Hizal absent, Latkovski was the easy favorite to win it all in Sydney.

However, another interesting character had a different plan…

Miyazono burst onto the World Tour in New York last year with a creative pit strategy that would almost certainly have put him on the podium. However, after a nasty incident — with Latkovski — Miyazono was knocked off the track at Spa-Francorchamps and his race was ruined.

Since that time, Miyazono has been a crowd favorite. He finished second at the next event in Salzburg, but the podium has always been just out-of-reach since.

With the drivers’ history, it made their battle in the closing laps at Sydney all the more dramatic. In case you missed it, you can re-watch the highlights from the final race here:

This storyline would not have been possible a year ago. It takes time — and lots of events — for these characters to develop, and for us, the viewers, to become invested in them. Now in its third year, consistency and longevity is taking the Gran Turismo World Tour into new story-telling territory that is typically only enjoyed by the most established racing series.

One element which sets “esports” apart from LANs or online-only events is the live crowd. While many World Tours have been open the public since the famed EMEA Regional Finals in Madrid, this was the largest crowd we have seen since that time.

Exact attendance numbers were not released, but the Big Top venue in Sydney was configured to seat 700 people. It was not completely full, but the vast majority of seats were occupied, likely putting this event on par with Madrid’s 500-person sell-out.

Of course, a crowd can only really get into the competition when they have someone to cheer for, and Cody Latkovski’s performance in the closing laps sent them into an absolute frenzy. There was cheering, chanting, gasps, and applause, creating an atmosphere as good as any live sporting event.

Few people understand the mountain of logistics and organization required to host one of these events. Hundreds of people are involved, and events outside of Europe can be even more challenging as different equipment and production companies must be used.

As the first significant Gran Turismo event in Australia to date, it made the new-and-improved show all the more impressive.

Transition elements were added to the broadcast which improved its polish, such as Jimmy Broadbent’s live course previews. Vlog-style recaps from the likes of Julia and Tom introduced some humor and did a better job of keeping viewers entertained between the races.

Although Kazunori Yamauchi has already announced that GT Sport will receive more “modest” updates this year, Gran Turismo has already started 2020 with quite a bit of momentum.

As good as the EMEA Regional Finals were back in 2018, with the drama on track and the genuine excitement of the crowd, Sydney eclipsed Madrid in more ways than one. It set a new standard by which not only future World Tours will be judged, but all live racing esports competitions.

With the PlayStation 5 and the next Gran Turismo game just over the horizon, this is a very good place for the franchise to be.