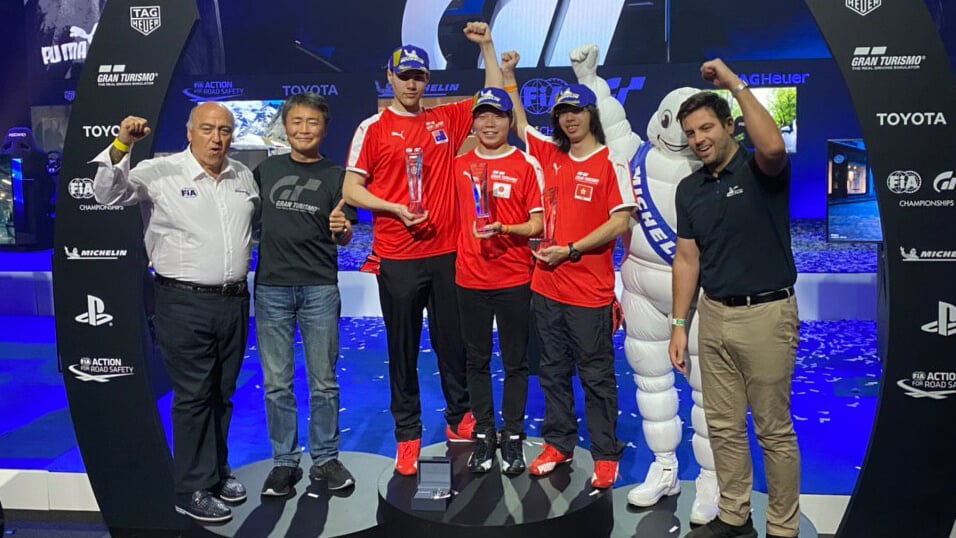 Japanese driver Takuma Miyazono has taken his first World Tour win with a victory in Sydney that could barely be any closer.

Miyazono took the checkered flag by a margin of around half a car length from local favorite Cody Latkovski as the pair dragged to the finish line at Dragon Trail Seaside side-by-side. It’s an incredibly popular result for a driver who’s become a firm fan favorite since his performance in New York last year, and guarantees him a spot in the Monaco World Final later in the year.

It was Baptiste Beauvois who drew first blood however. The Frenchman, who finished fourth in last year’s World Final, beat pole-sitter Miyazono in their Semi-Final, a tricky race at Kyoto Driving Park Yamagiwa in the RE Amemiya RX-7. In fact, Miyazono aside, it was a race dominated by European drivers, with Rayan Derrouiche, Salvatore Maraglino, Coque Lopez, and Adam Suswillo grabbing the other qualifying spots.

Latkovski too had to settle for second in his semi-final. Jonathan Wong proved to have the measure of the new Aston Martin DBR9 as he coasted home to a 3.6-second victory. Patrik Blaszan of Hungary came home third as the sole European qualifier, ahead of Daniel Solis and Tatsuya Sugawara. Another local, GT Academy champion Matt Simmons, got a roar from the crowd as grabbed sixth and the last spot in the final. 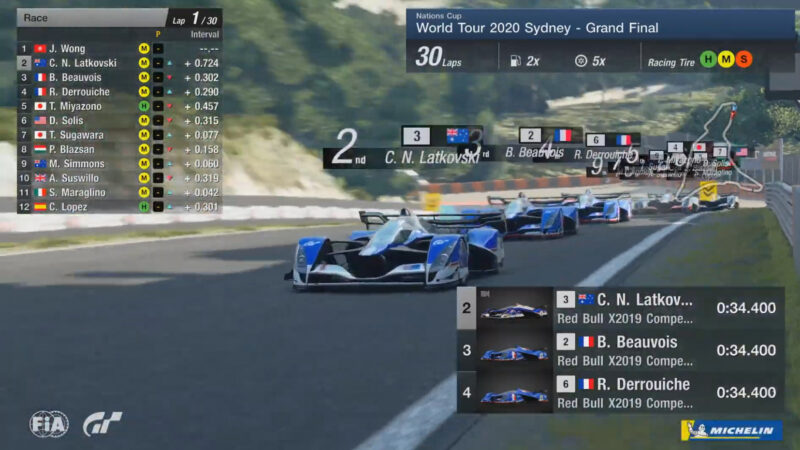 The traditional X2019 final race would be winner takes all, and the race came down to two different pit strategies. Half the field, including Miyazono, opted for three stops, with two stints on the soft tires, while the other half went for one stint on each tire grade, including Latkovski. It took until lap 27 of 30 for the difference between the two strategies to play out, as the Japanese driver picked off the Australian at Seaside’s first chicane.

However that put Latkovski into Miyazono’s slipstream, and the duo had a two-lap long scrap to the finish line. Coming out of the final corner Latkovski got the run and the inside line for the kink, but Miyazono held firm to take the flag by just 0.032s. 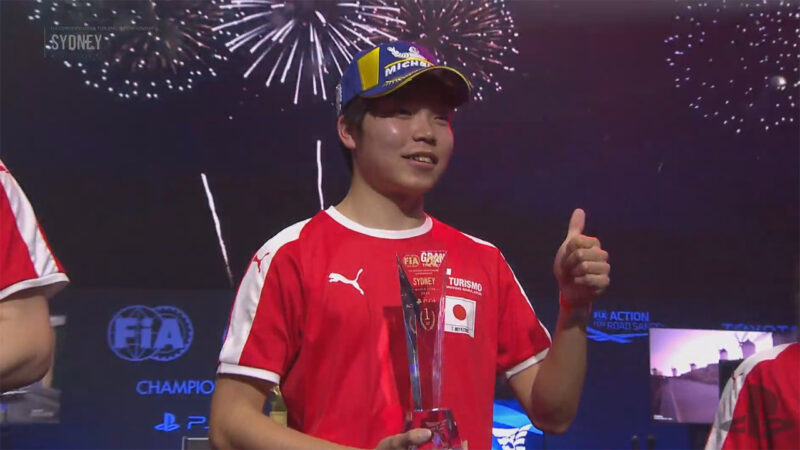 That result guarantees we’ll see Miyazono at the World Final in Monaco later this year. It also gives him a three-point head start, while Latkovski gets two and third-place man Jonathan Wong — repeating his performance in Paris 11 months ago — carries through one point, should the latter two also qualify.

The next World Tour takes place over May 22-23, at the Nurburgring and during the 24 Hour Nurburgring race weekend. If there’s more action like that, we can’t wait.