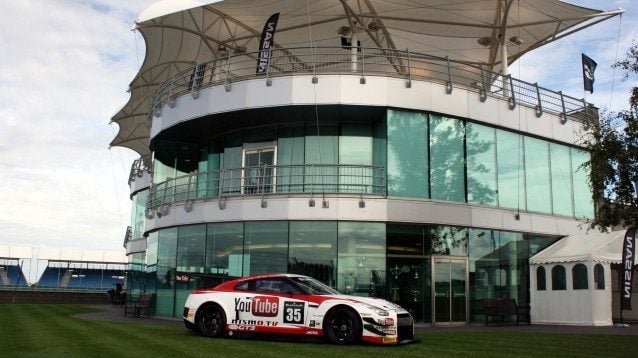 Silverstone once again played host to the final stage of the UK GT Academy national competition yesterday – and provided exactly the level of competition we’ve come to expect from it.

In the month that the GT Academy qualifier was open, more than three quarters of a million Europeans set a time and a fifth of those participants were British, making the UK competition probably the fiercest in the world. Assembled at the home of British motorsport were the top 16 of those British gamers and eight additional wildcard entries, some of whom ranked in the top 30 themselves anyway. 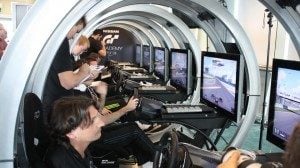 The first day for the 24 competitors consisted of a series of Gran Turismo challenges. Running a variety of Nissans, the finalists faced off over three hotlap challenges to pare the field down to eighteen to contest day 2.

With the top six safely through to an “A-Final” online race and guaranteed a top six finish in the Gran Turismo discipline, the remaining twelve faced a repechage-style race-off – a hotlap of Grand Valley Speedway in a racing hard-shod Nissan R35 TC – with the top six times qualifying for the rest of the day’s challenges and a “B-Final” to determine their finishing position. Taking top honours and maximum points in the A-Final was Adam Suswillo. 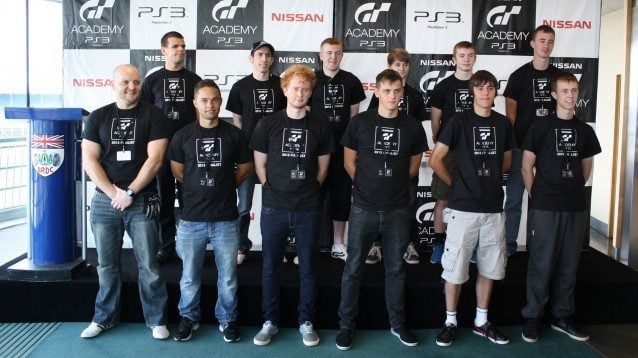 Now down to twelve, the gaming was over and the finalists were left with a test of their driving skills, a punishing fitness assessment and the infamous trial by media.

Silverstone’s car park 49 was once again the venue of the driving skills test, where an autocross course had been laid out as with the previous three competitions. With the last two years’ test cars being the Nissan GT-R and a rather sprightly semi-race prepped Nissan 370Z with all the driver aid fuses pulled, there was a light buzz of anticipation to see which weapon had been picked – and consternation when it was revealed as a Juke Nismo… 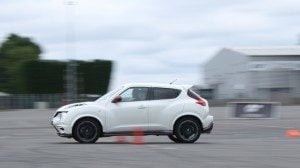 Still, the 200hp Juke isn’t to be taken lightly and really stretched the contestants, dealing with poor corner visibility, understeer, wheelspin, weight transfer and a noncompliant 1.6 turbo engine when dropped off boost. With a second penalty for each cone clipped, it proved a real dividing line as some of the more experienced drivers were able to set competitive times in this unusual vehicle.

With two days of gaming, stress and driving under their belt, it was the perfect time to put them through the fitness challenge – a five minute “plank” followed by timed press-ups and then, once they were truly exhausted, the bleep test. Last man standing was John Foster, who made it right the way up to level 12 – down to a 5s interval – above the minimum standard required by the Royal Marines!

Facing up to the combined might of the press, all the contestants acquitted themselves well and this lead to a nervous wait for the results to be announced.

Top scorer on the day was Adam Suswillo, closely followed by Shane Ward, Mark Ridout, Martin Hefferon and John Foster. The sixth finalist – outscoring unlucky seventh place man Shane Green by 0.5pt overall – was Neil Williams who, despite being 28, has only held a driving licence since the start of this month!

All six now face an anxious month ahead of September’s race camp where, like last year, they’ll be tested head-to-head until one remains to represent the UK against a single gamer from each other territory in the European final.

GTPlanet wishes them all the very best of luck – not least because all six are GTPlanet members!