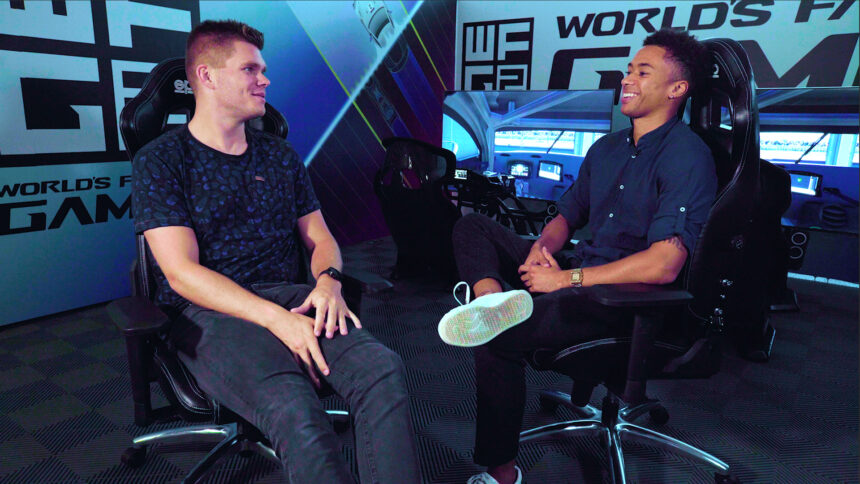 Jann Mardenborough is a man who can claim to be the world’s fastest gamer. The Brit won the third GT Academy competition back in 2011, and since then has been plying his trade in some of the world’s top racing series. At 210mph down the Hunaudieres in the ill-fated Nissan GT-R LM NISMO, chances are he’s driven quicker than any gamer before — or since.

With an impressive resume of race wins and podiums in GT3, GP3, LMP2, and both categories of Super GT, Mardenborough is the perfect man to judge other gamers. This year he’ll be doing just that, as he’s joined the World’s Fastest Gamer competition to be part of the judging panel and a team leader.

Mardenborough’s job will be twofold. Firstly he’ll be part of the competition’s overall judging team, advising head judge Juan Pablo Montoya. Montoya recently had a bit of an eye-opening experience in esports, as he joined in the Pro-Am race at the GT Sport World Tour’s New York event — beaten by Mikail Hizal and GTPlanet League commentator Steve “SuperGT” Brown.

Along with the judging duties, Mardenborough will be leading and coaching a team consisting of five of the finalists. Now confirmed as Max Benecke, Mitchell De Jong, Sebastian Job, Kamil Pawlowski, and Jonathan Wong, the “blue team” will benefit from Mardenborough’s experience as they seek to win the prize of an Aston Martin works GT3 race seat for 2020.

The rival “orange team” won’t be left wanting either. Their confirmed line-up of James Baldwin, Riley Gerster, Erhan Jajovski, Aurelien Mallett, and Fabian Portilla will have Rudy van Buren as a mentor. He’s the reigning World’s Fastest Gamer champion, so he knows a thing or two about this competition.

They’ll fight it out over the course of a 12-day competition taking place at motorsport venues throughout California, including Sonoma Raceway, Laguna Seca, and Willow Springs. One driver will eventually claim the prize, worth around $1m.

“I’m really excited to be joining the World’s Fastest Gamer California Dreamin’ tour as a judge and the blue team leader. After winning my own gamer-to-racer competition, I know just how well esports skills can transfer to real-world driving, and I’m excited to see how these ten finalists do.

“I’m also really looking forward to helping the blue team crush the competition and for one of my five gamers to, hopefully, take home the prize at the end of the 12 days!”

The competition starts this week, reaching its finale at Sears Point on October 29.

Gran Turismo Sport 465 Sep 21 by Andrew Evans
You’ll get a rare chance to test out your oval racing skills in this week’s GT Sport Daily Races, with a new set of three events. Our headline event comes…

Gaming 26 Sep 19 by Andrew Evans
Sony has apologized for how it handled PlayStation 5 pre-orders, and has promised to rectify the situation with further console availability soon. Despite a comment earlier in the year that…