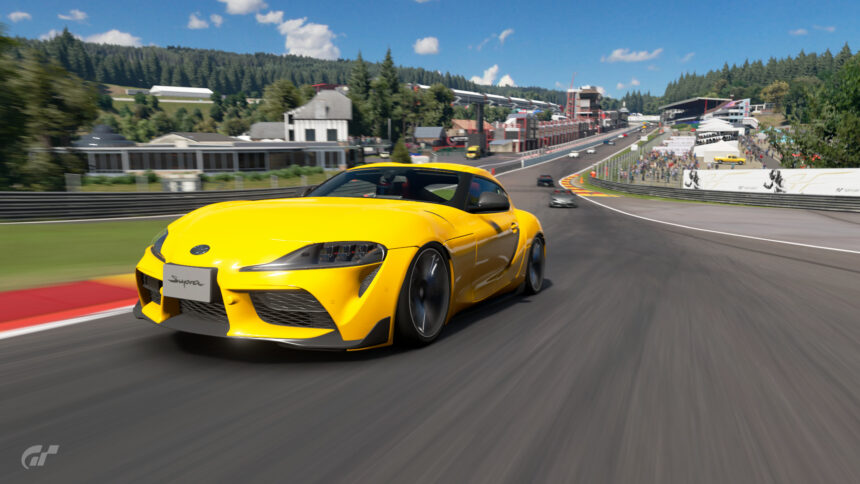 There’s three more GT Sport Daily Races to get your teeth into this week, with a rare appearance from one of the game’s original circuits.

For the first time in almost a year players will get to race on the Alsace Village track. This fictional circuit, set in the foothills of Les Vosges, was one of GT Sport’s launch circuits, yet rarely appears in the Daily Races. The last run out involved Gr.2 Super GT machines, but this time we’ve got something a little slower: the Peugeot 208 GTi Peugeot Sport hot hatch. It’s just a two-lap race, so pick a color and get at it.

Race B is partly unsurprising, in that it uses the new Toyota GR Supra. The 2020 model arrived in game just last week, but there’s a twist: you’ll be driving the 2019 car. Even odder, the car will have the same N400 BOP applied as in the GR Supra GT Cup; the new car is a native N400, but the original needs a power bump to fit. It’s another one-make race, this time at the spectacular Spa-Francorchamps circuit. You can pick a car from your own stable too, so drag out those liveries for the three-lap race.

The final event is a Gr.3 special, at the long, combined Kyoto Driving Park circuit. This features the full Yamagiwa track and the reversed Miyabi circuit, with two tricky transitions from one to the other. One thing you’ll need to keep an eye on is the mandatory tires. You’re required to use both the medium and hard racing compounds during the eight lap race, or face a 20-second post-race penalty.

These three races will run through to Monday, May 4, when another new set of three will replace them. 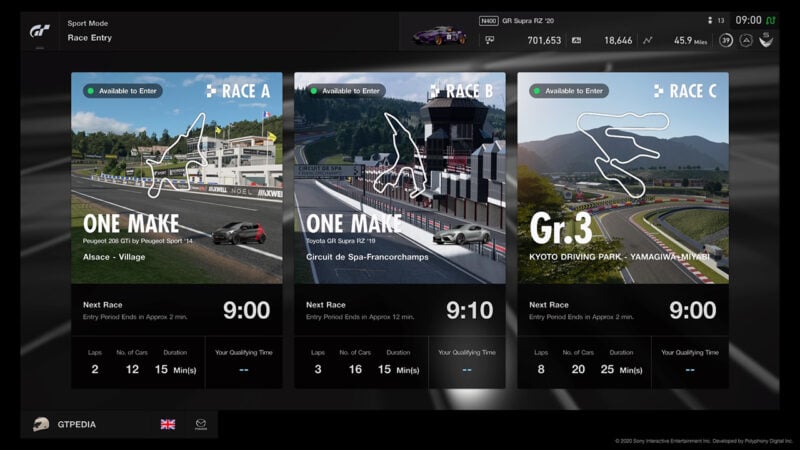 Gran Turismo Sport 0 Oct 22 by Andrew Evans
The latest set of GT Sport Time Trials is now available, running for the next two weeks. It’s a bit of a change of pace this week, and a very…

Gran Turismo 7 94 Oct 21 by Andrew Evans
The great debate over Gran Turismo 7‘s potential launch date has taken yet another twist today, courtesy of a teaser posted on the official Gran Turismo Facebook account. Long-rumored to…

Gran Turismo Sport 343 Oct 19 by Andrew Evans
After a few complicated races in recent weeks, this week’s new set of GT Sport Daily Races is a return to simpler times. It’s a case of picking how fast…

Gran Turismo Sport 343 Oct 12 by Andrew Evans
A new set of GT Sport Daily Races starts today, with something of a focus on cars with the engine in the middle. There’s three races as usual, with two…

Gran Turismo Sport 227 Oct 8 by Andrew Evans
There’s another set of new Time Trials starting in GT Sport, and taking us through the next two weeks. After some recent outings on dirt roads, it’s a return to…