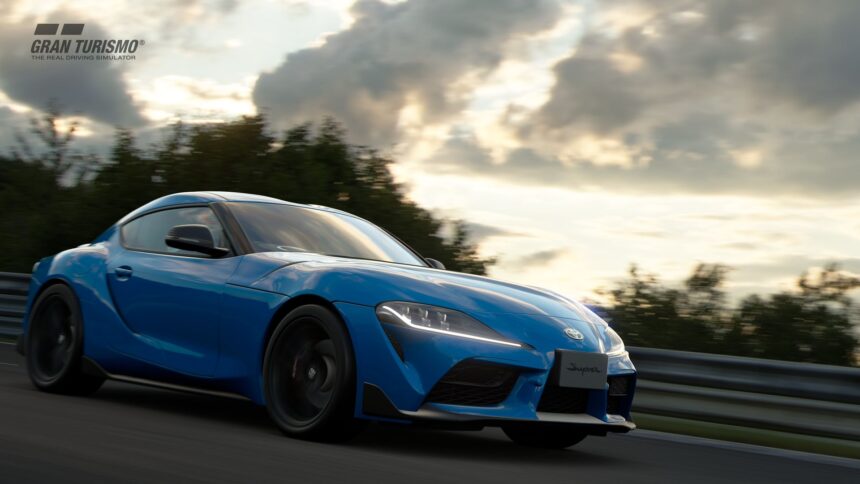 Players booting up their PS4s this morning will discover that the 1.57 update for GT Sport has arrived. It comes in at just over half a gigabyte, weighing in at 503MB. That’s enough to bring a little bit of new content, but the update’s main focus is on changes to Sport Mode.

The new content comes in the form of a single new car: the 2020 Toyota GR Supra. Toyota has updated the Supra from the original 2019 model — purportedly taking GT Sport players’ opinions into account — and the new car makes its way into the game to join its predecessor. 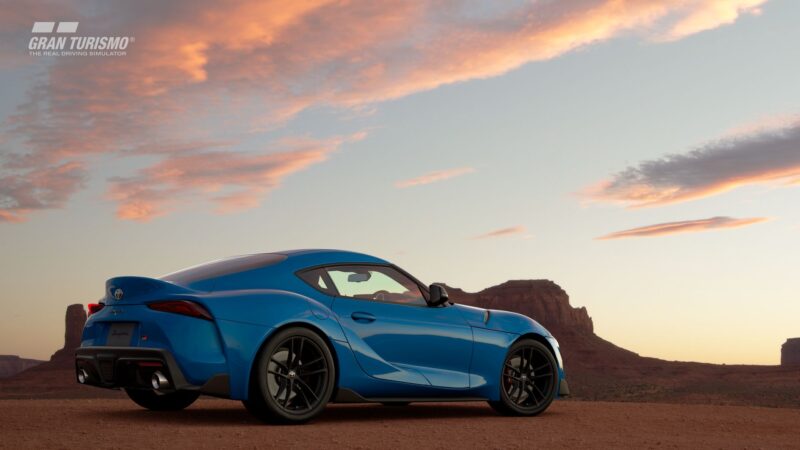 Probably the most obvious change is a large step up in power. The 2020 car now produces 382hp from its straight-six turbo, up from 335hp in the original. Peak torque remains the same at 369lbft, but it’s available over more of the rev range. It’s also gained a little weight, with another 22lb (10kg) on board — something with which we sympathize.

There’s a few changes under the skin too. The real car features a raft of suspension tweaks, including new aluminum chassis braces under the hood. That’s not something visible in GT Sport, but the virtual car rides 0.1 inches (3mm) lower to the ground. PD has also altered the LSD settings, increasing initial torque and both acceleration and braking sensitivity.

Of course the 2020 Supra arrives with a specific purpose in mind. This weekend sees the first race in this year’s running of the Toyota GR Supra GT Cup, an in-game championship for the Supra. It’s entirely apt that the 2020 edition of the tournament, won last year by GT Sport world champion Mikail Hizal, uses the 2020 edition of the car. 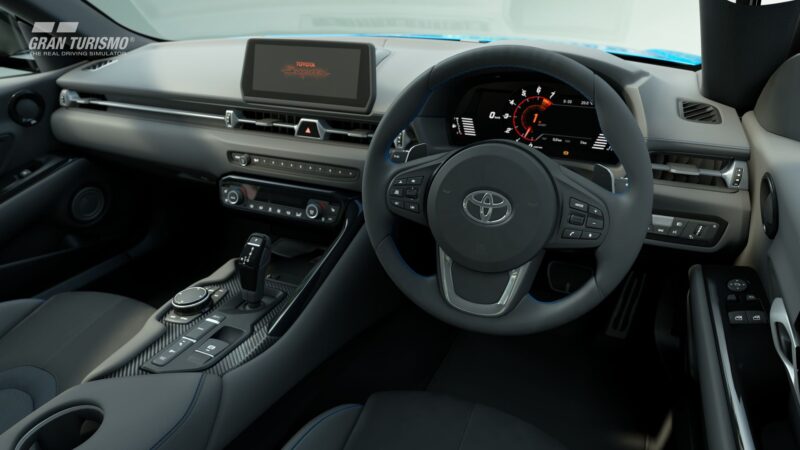 The core of this update though is the raft of changes to Sport Mode. This addresses a number of points about the game’s main feature, as the 2020 FIA Series is due to get underway again this weekend.

One major one which will affect a lot of sport mode races, but particularly qualifying in FIA events, is a decrease in the power of the slipstream. With “Real” slipstream settings, the effect was powerful enough that players were queuing up to sit in the slipstream.

Also affecting qualifying is a new tire wear and fuel consumption setting for the qualifying events. These previously used the same settings as the race, again leading to a situation where players would coast round a couple of laps in low gear at high revs to burn fuel before setting off for a one-shot qualifying lap. With qualifying settings now independent of race settings, this ought to change.

PD has also adjusted the handling and fuel consumption rates for all of the cars in Gr.2, Gr.3, and Gr.4. In addition, there’s changes to the tire wear rate for those cars in Gr.4 that are front-engined and front-wheel drive, which should bring them back into contention for longer, higher-wear races.

One thing not mentioned in the official patch notes is any change to the penalty system. This was something PD flagged as part of this update back in March, but we don’t know at this point whether it has implemented any changes or not.

That aside, as usual there’ll be a number of other changes not recorded in the patch notes. Keep an eye on our Undocumented Changes thread for information on these, as the community spots them.

Gran Turismo Sport 498 Sep 14 by Andrew Evans
This week’s GT Sport Daily Races, have an unusual twist with two events where the car is provided to you — and in both cases it’s a pick and mix,…

Gran Turismo Sport 138 Sep 10 by Andrew Evans
There’s a fresh set of GT Sport Time Trials starting today, and covering the next two weeks. It’s fair to say that the challenges on offer, though both set at…

Gran Turismo Sport 498 Sep 7 by Andrew Evans
There’s no taking things slowly in this week’s GT Sport Daily Races, as all three events put you in race cars. Race A sees a return of the front-wheel drive…

Gran Turismo Sport 498 Aug 31 by Andrew Evans
Qualifying will be king in this week’s GT Sport Daily Races, as the action heads to three circuits where legitimate passing places are at a premium. That all starts with…