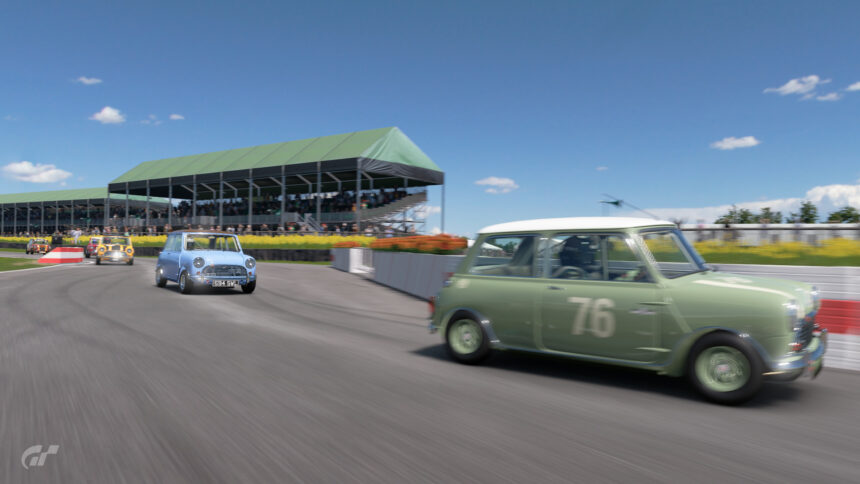 The calendar has clicked over to June, and coincidentally it marks the start of another new week. That means there’s a new set of three GT Sport Daily Races to take us through the week, and we’re visiting alternate ends of the modern automotive spectrum.

Race A is a contest that could have come straight from one of the best-known historic racing events in the world: Goodwood Revival. The Revival celebrates all things pre-1966 — the year that the Goodwood Circuit closed before its modern… well, revival. You’ll be heading to GT Sport‘s digital version of the Goodwood Circuit for a four-lap race in 1965 Mini Coopers.

They’re not quite bone stock, with a 159% power boost to a heady 102hp, and about a third more weight. You won’t get to show off your liveries either, as it’s provided cars only.

The middle race could be one plucked straight from the FIA Online Championship rotation, although shortened to suit Daily Race distances. Using any Gr.3 car of your choice, you’ll head to the fictional Dragon Trail Gardens circuit, set near the real Croatian town of Baska Voda. It’s a simple point-and-squirt, five-lap race, with no tire or fuel concerns.

Race C looks to be something of a heart-stopper. It’s set at the Sardegna Road Track, and specifically the longest “A” variant. You’ll tackle it with some of the fastest race cars in the game, the Gr.1s. That’s a category consisting of high-speed Group Cs, modern LMP1-Hs, and points between — plus a number of fictional interpretations of the format. A good chunk of the back section of this track is pretty tight, and the acceleration differential between hybrids and non-hybrids has the potential to cause a little carnage — as will both fuel-saving tactics and the late-race tire life!

These three races will run through to Monday, June 8, when another new set of three will replace them. 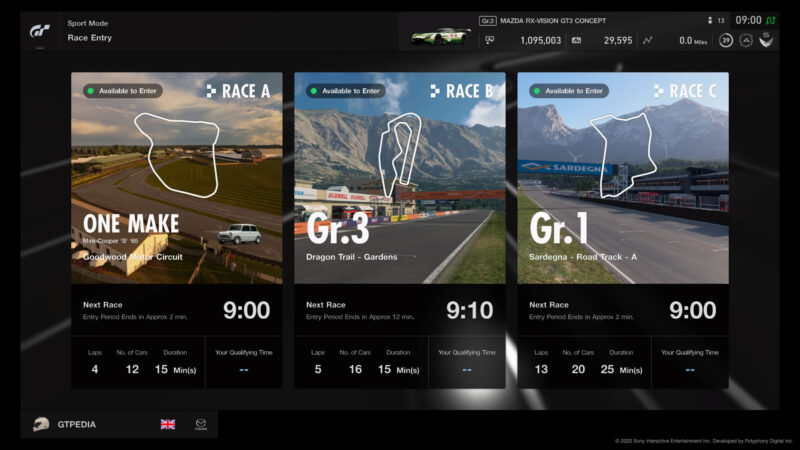 Gran Turismo Sport 518 Sep 21 by Andrew Evans
You’ll get a rare chance to test out your oval racing skills in this week’s GT Sport Daily Races, with a new set of three events. Our headline event comes…

Gran Turismo Sport 518 Sep 14 by Andrew Evans
This week’s GT Sport Daily Races, have an unusual twist with two events where the car is provided to you — and in both cases it’s a pick and mix,…

Gran Turismo Sport 518 Sep 7 by Andrew Evans
There’s no taking things slowly in this week’s GT Sport Daily Races, as all three events put you in race cars. Race A sees a return of the front-wheel drive…