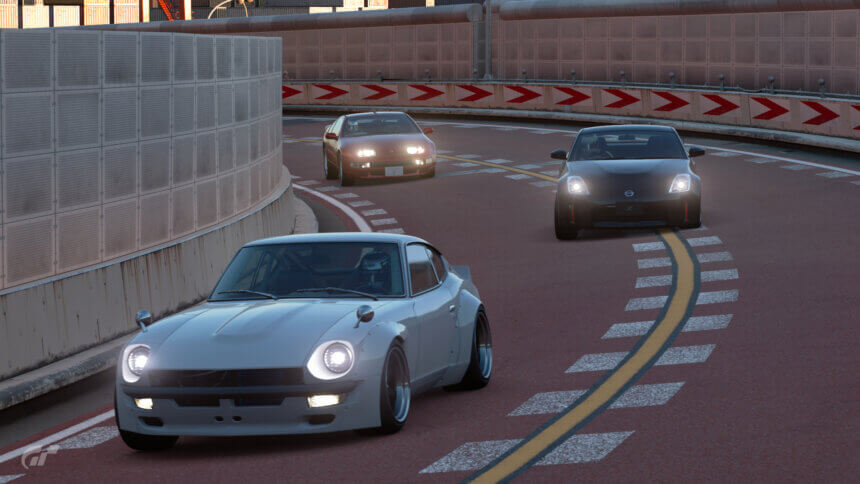 Three more Daily Races have arrived to mark the new week in GT Sport, and the line-up is a pretty unusual one.

Of the three, it’s Race B that provides the most routine experience. It’s a pretty simple affair that can be summed up in eight words: three laps of Bathurst in your favorite Gr.3. There’s no tire or fuel concerns with the middle race, so just go nuts.

Race C has a little something odd about it. The general recipe of a 10-lap race in Gr.4 race cars, with 3x fuel use and 5x tire wear doesn’t sound all that strange, but it’s the track that’s from left-field. You’ll be racing at the reverse version of Sardegna Road Track A. That means coming at the savage final corner as a first corner, and the corners we refer to as Piaggio and Church are also the wrong way about. The less said about the kink on the main straight the better.

However for the truly weird we need to look to Race A. This week that heads to Tokyo Expressway’s South Outer Loop — the one with the triple-right through the containers — but it’s the car selection that’s curious. It’s your choice of the three Nissan Z-cars in the game: 350Z-generation Nissan Fairlady Z; 300ZX-generation Nissan Fairlady Z; and the 240Z-based GReddy Fugu Z, added to the game as a Gran Turismo Award winner at SEMA.

Whichever vehicle you choose, the game will apply N300 Balance of Performance. All three are specially provided cars too, so you don’t need to pick them up in order to participate.

These three races will run through to Monday, June 29, when another new set of three will replace them. 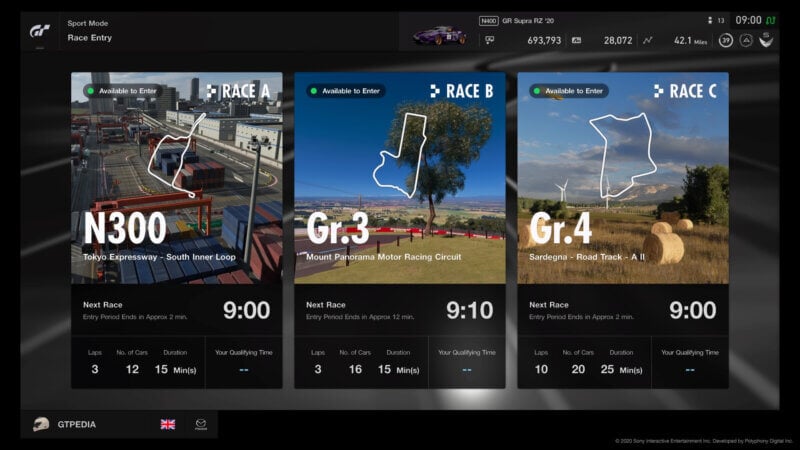