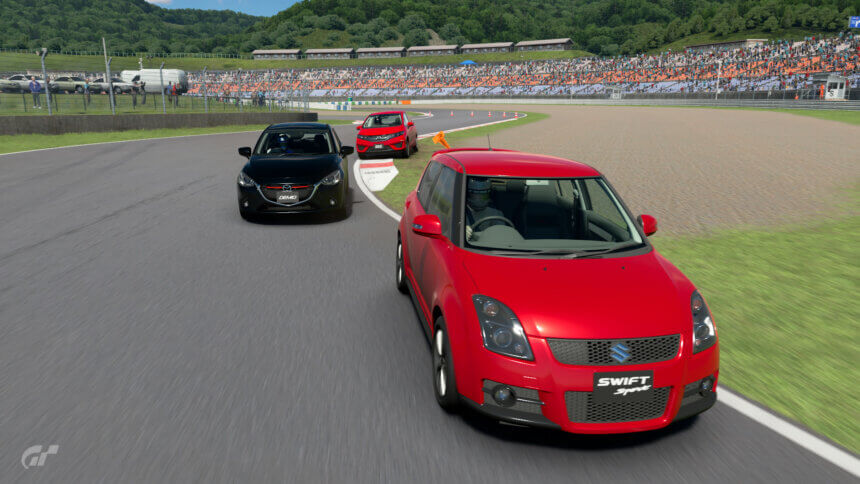 GT Sport has flipped its 2020 yearbook into a new week, and that means it’s time for a new set of three Daily Races. The mix is the typical spread from low speed (very low speed this time) to high, but there’s an unusual twist too.

You won’t find that in Race C. This is a standard long race in quick machines — for this week a ten-lapper at the Catalunya Grand Prix circuit, using your choice of Gr.3 race cars. Tire wear and fuel consumption is turned on, but the relatively low multipliers will mean you shouldn’t need to trouble your pit crew at all.

Race B does have a taste of the odd about it. The circuit is the “short” version of Fuji Speedway — a whole 160 feet shorter, thanks to missing out the Dunlop Chicane — which is at least a rarer sight. You’re also bound to a single car, with the event being a one-make race for the Volkswagen Scirocco Gr.4 race car. As it’s a garage car event, you can apply whatever livery you like to the front-wheel drive beast for the four-lap race.

It’s over in Race A that we find a tint of strangeness this week. We’ve seen pick and mix style events before, commonly using the Toyota 86GT/Subaru BRZ variants or the four FWD Gr.4 racers, though Polyphony Digital appeared to have extended that a couple of weeks ago with Nissan’s Z cars. The team is at it again this week, but the choices are very odd indeed.

You’ll need to pick one of three supplied superminis: Honda Fit Hybrid; Mazda Demio; or Suzuki Swift. Whatever you choose, it’s a four-lap race of the short version of the Autopolis circuit which skips out the entire third sector of the regular track. There’s also a very rare appearance of Comfort Soft tires, which should make the grid start a bit smoky.

These three races will run through to Monday, July 13, when another new set of three will replace them. 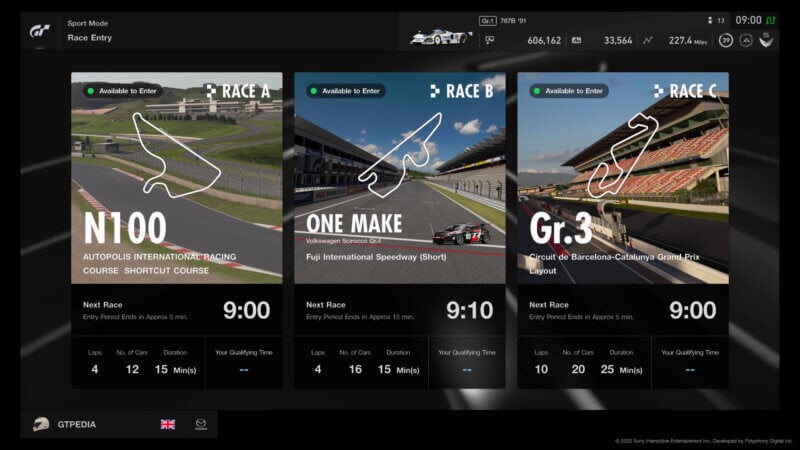 Gran Turismo Sport 557 Aug 3 by Andrew Evans
Given the speed at which 2020 has been passing, it might be hard to believe that it’s the 31st Monday of the year. Nevertheless, a new Monday means a new…

Gran Turismo 7 199 Jul 29 by Andrew Evans
According to the UK-published Official PlayStation Magazine, Gran Turismo 7 is set to be a launch-window title for the PlayStation 5 console when it arrives later this year. We’ve been…

Gran Turismo Sport 557 Jul 27 by Andrew Evans
Monday is upon us yet again, and that means there’s a new set of GT Sport Daily Races for players to get their teeth into. In keeping with some recent…

Gran Turismo Sport 557 Jul 20 by Andrew Evans
It’s the start of a whole new week (yes, another one; sorry), which means that — along with many of us heading back to work again — there’s a new…