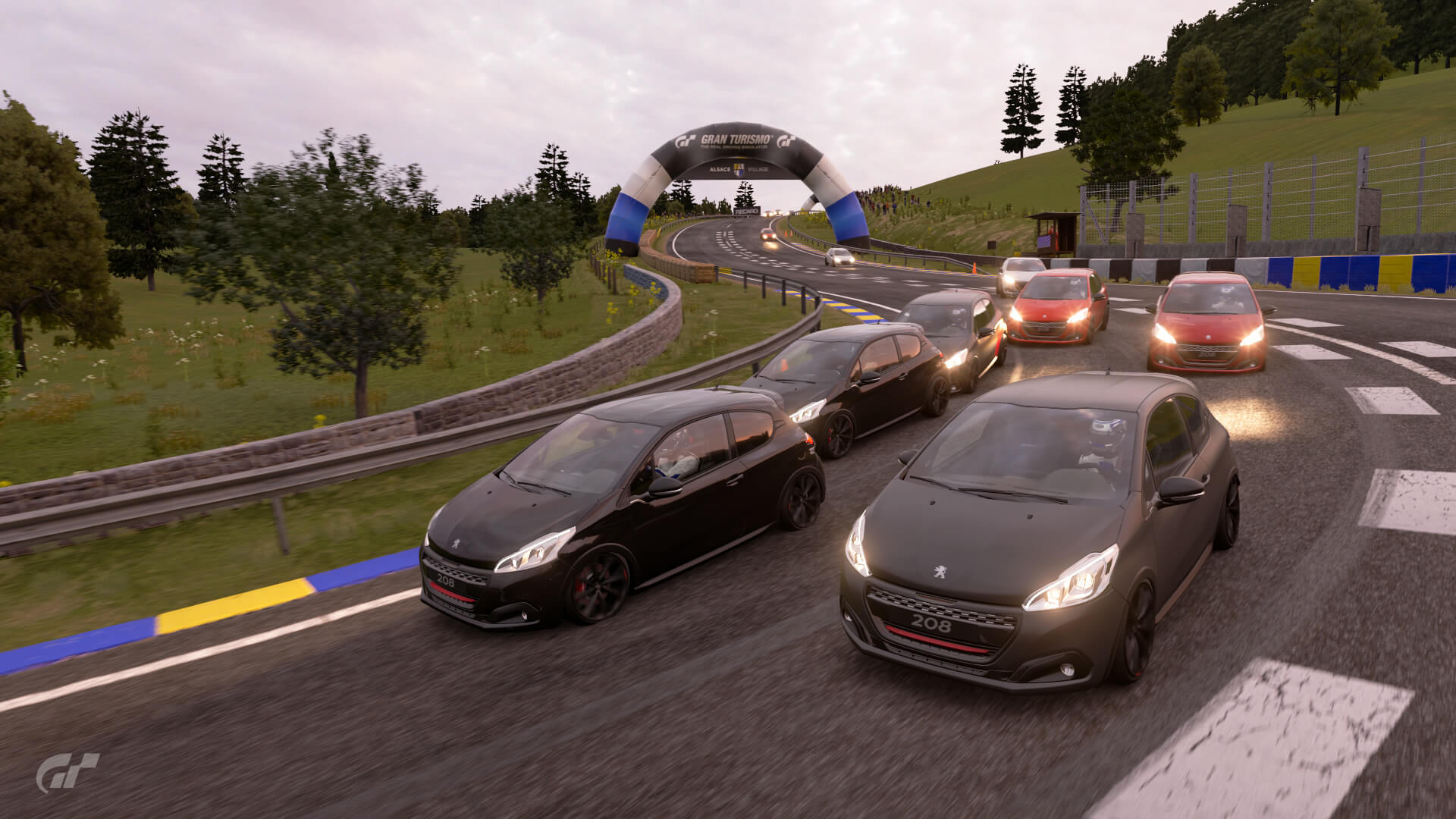 This week’s GT Sport Daily Races will feel like a bit of a time warp for long-time players. In fact not only were all three races possible right from day one of the game, but you’d have been able to race two of them in the pre-release Beta, a full three years ago now.

Race A is one of these, and takes you into that hand-changing region of France (and occasionally Germany) known as Alsace. We don’t see the Alsace Village circuit cropping up in Daily Races all that often, so it’s a welcome experience. This week you’ll be flying the Tricolore, and racing the circuit with the Peugeot 208 GTI by Peugeot Sport hot hatch. It’s a simple two-lap race, with nothing special to consider save how you get off the line in the grid start.

Another venerable combination appears in Race B. That takes you to the Suzuka Circuit (seen far more often in Dailies), for a four-lap race in your favorite Gr.3 race car. Again, there’s nothing particularly taxing to bear in mind — just you and the 15 other racers.

Lastly, Race C takes place at the Nurburgring’s Grand Prix circuit. This will be a ten-lap race for the Gr.1 race cars — Le Mans Prototypes and similar. There’s no mandatory tire to worry about this week, and the 2x fuel use and 6x tire wear won’t be too worrisome. It’s likely you’ll need a modern hybrid car — Toyota TS050, Porsche 919, Audi R18 — to sit on top at the end of the race.

These three races will run through to Monday, August 17, when another new set of three will replace them. 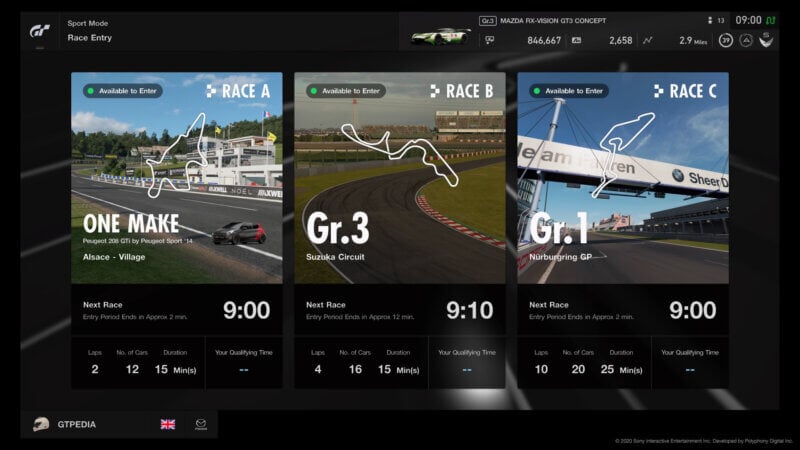