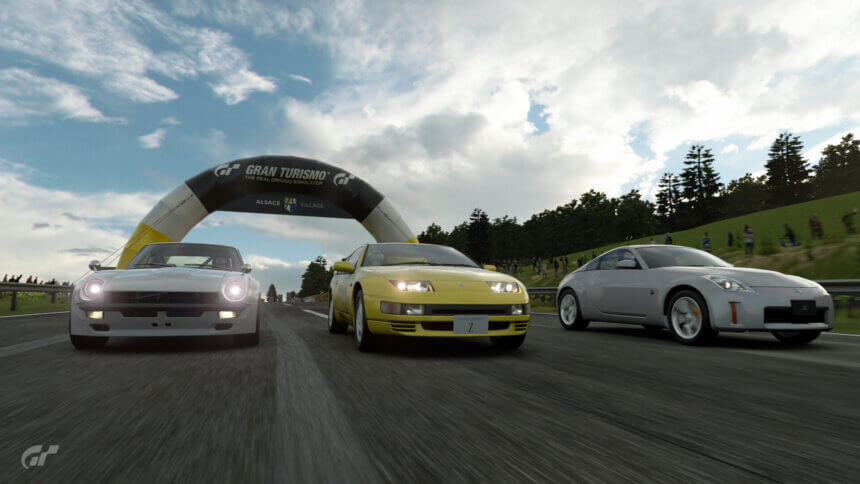 The last set of GT Sport Daily Races for April gets underway today, with three races on three quite different European race tracks.

Race A brings back a fan favorite mix-and-match style event, which will see you pick from Nissan’s famous line of Z cars. There’s soon to be a new addition to that family, but as it’s yet to arrive in a Gran Turismo game you’ll be choosing one from the marque’s history.

The options are the 2007 Fairlady Z (350Z), the 1989 Fairlady Z (300ZX), and the unusual “Fugu Z” — a tuned 240Z owned by Fast and Furious actor Sung Kang. It’s a three-lap race of the fictional Alsace Village circuit, a course inspire by the public road sections of French race tracks like Le Mans and set in the foothills of Les Vosges.

Race B will step the pace up a bit, with a more traditional GT Sport offering. You’ll take your choice of Gr.3 cars — the game equivalent of GT3s — to Austria’s F1 circuit at the Red Bull Ring, for a five lap race. There’s no complications here, so just pick a car and go racing. You’ll want something with plenty of torque for the uphill climb to the Remus corner.

For Race C you’ll be getting quicker still as the Gran Turismo party heads north to Circuit de Spa-Francorchamps. This famous old track is one of the fastest in the world, with — if you’re brave — full throttle from the La Source hairpin to the Les Combes chicane, 1.25 miles down the road.

You’ll certainly need your brave pills for this week, as you’ll be racing the Gr.1 cars. These are broadly the same as LMP1 machines that were, until recently, the top category at Le Mans, with a few Group C machines and fictional cars inspired by the LMP1 class for good measure. In addition, players will need to be mindful of the mandatory tire requirement; everyone must use both the Racing Medium and Racing Soft for at least one lap during the race, with a one-minute penalty for non-compliance.

These three races will run through to Monday, May 3, when another new set of three will replace them. 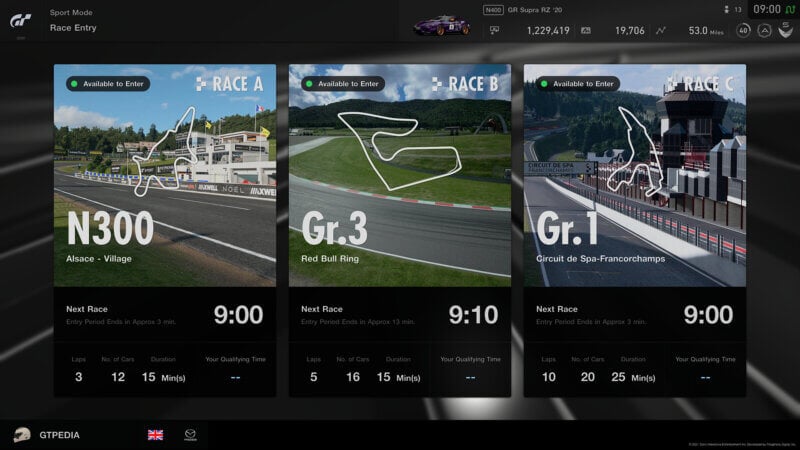 Daily Races
632 Comments Discuss this post in our forums...
Test Your Badge Knowledge With Our Car Logo Quiz

Gran Turismo Sport 632 May 10 by Andrew Evans
A new set of GT Sport Daily Races gets underway today, with players heading to three of the game’s real-world race tracks dotted around the edge of the Pacific Ocean.…

Gran Turismo Sport 632 May 3 by Andrew Evans
There’s a new set of GT Sport Daily Races starting today, with three new events for players to get to grips with over the next seven days. Each of this…