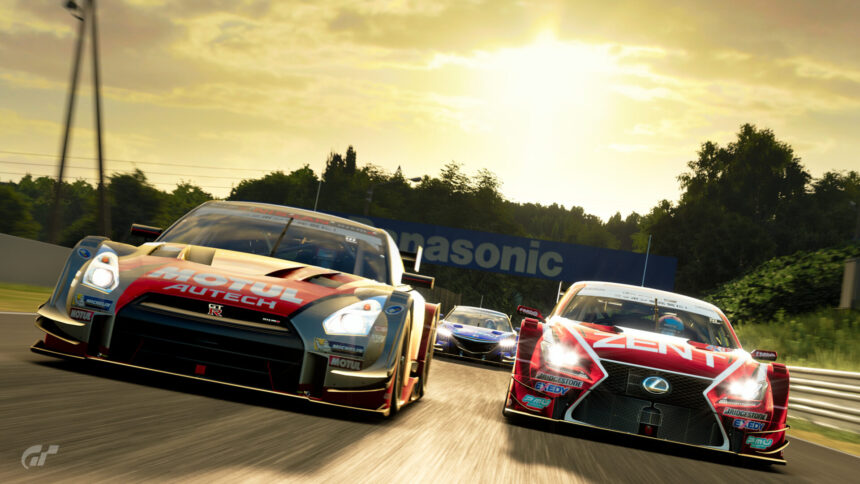 It’s out with the new and in with the old this week, as the Daily Races return to some fan favorites from weeks past.

Getting us started is Race A, which takes you to the ‘short’ version of Fuji. That’s the one where the Dunlop Chicane isn’t a chicane, shaving a whole 50 feet off the track’s length. The race gives you a choice of two provided cars, with the “Toyobaru” twins as the steeds in question. This combination is one we see relatively often, so there’s no excuse for missing your turn one braking point…

The second race is a pretty rapid sprint race, taking you to the fictional Autodrome Lago Maggiore GP circuit. This week you’ll run it in the reverse direction, so watch out for that braking zone for the double-left at the end of sector three. You’ll be using your choice of Gr.3 cars from your garage.

Our final option is a longer race at a real-world Japanese combo. You can use any of your Gr.2 cars — 2008 and 2016 Super GT GT500 cars — at the Autopolis circuit. There’s a choice of two different tire grades, and a 13x tire wear multiplier, so expect some tactical play.

All three races will run through to Monday, November 18, when another new set of three will replace them. 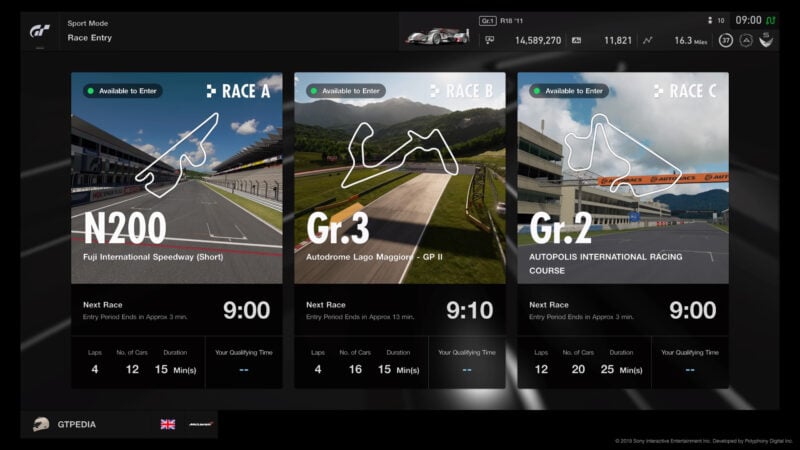