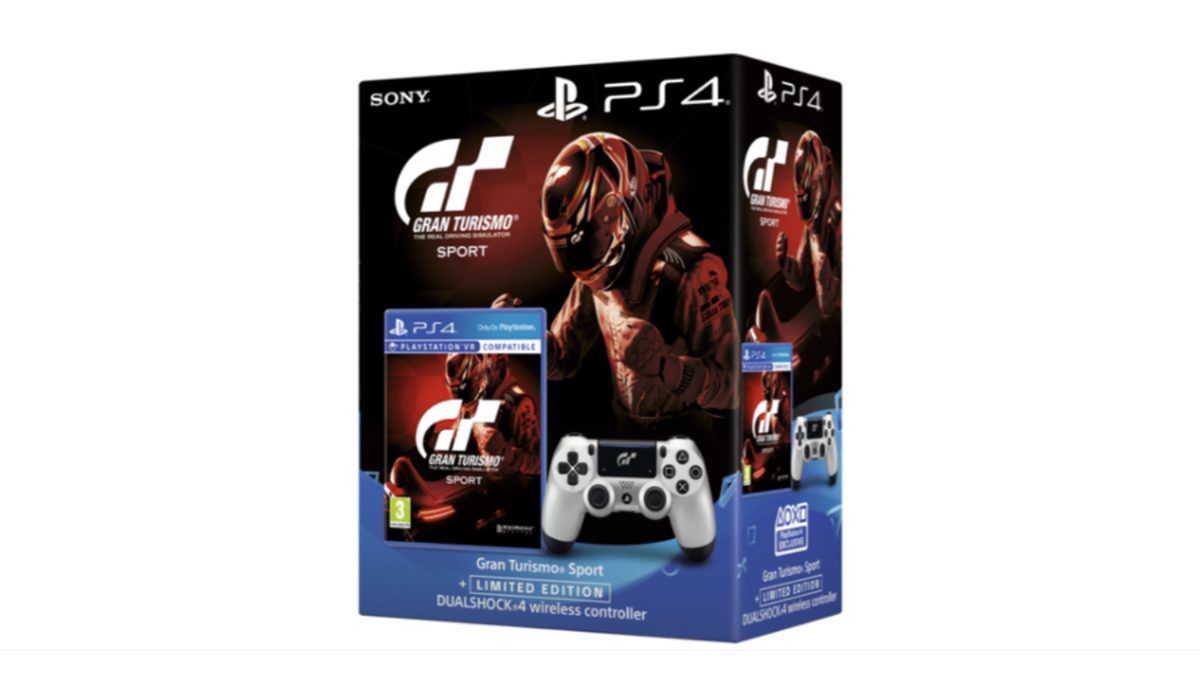 A special controller bundle for GT Sport is set to commemorate the release of the new title. Listed by European retailer ShopTo, the bundle will include a copy of Gran Turismo Sport and a silver GT-branded Dualshock 4.

The accessory included appears to be a standalone version of the controller included in the console bundle announced earlier this month. Coated in titanium silver, the DS4 is certainly a looker. Sony has released a controller in this colour before but the GT logo makes it stand apart from the rest. Many were wondering if Sony would release the exclusive variant outside of the console bundle and the listing confirms this is the case.

However, as it currently stands no confirmation of the controller exists outside of Europe. If you’re from one of these regions keep an eye on your respective retail channels. Region-specific exclusives aren’t a new practice for Sony but hopefully the DS4 gets a worldwide release.

Although we like the classy look of the gamepad is nice, we wouldn’t say no to a more adventurous design. The PS3-era brought exclusive racing red and blue consoles that, whilst loud, stood out a bit more. Modern GT era titles have used the old coloured logo significantly less but there’s no denying how iconic it is. Even the GT logo being in those colors would have been nice.

Regardless, the GT Sport LE is the latest peripheral launching with the title. Thrustmaster’s T-GT wheel will also feature Gran Turismo branding on the rim. Though that comes in at almost 10x the price, so it’s good that the general gaming community have a chance to pick up a more modestly priced GT accessory. Indeed, the DS4 bundle represents a bit of a discount; if you’ve been in the market for a new DS4, and want a physical copy of Sport, it’s almost a no-brainer.

If you’re eager to secure your bundle, you can pre-order from ShopTo right now. As a limited edition, stock levels won’t be too high. Get your order in early to avoid disappointment. The bundle will hit stores on GT Sport launch day — October 18.