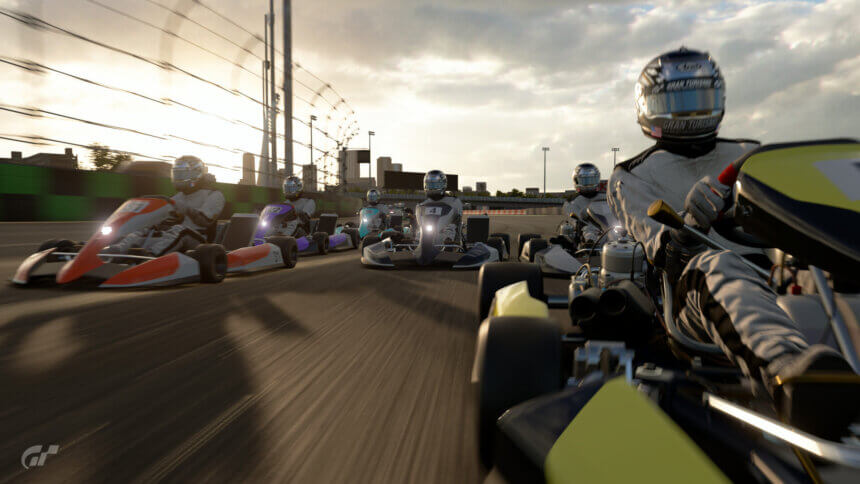 The non-tuning event for the fortnight whisks you across to the fictional Colorado Springs circuit which, as GT Sport fans will already know, is an off-road course. One of three dirt tracks in the game, Colorado Springs sees players running through all the traditional sights of a rally stage, but on a looped course.

Naturally the vehicle choice for this week is any of the Gr.B race cars. While broadly named for the legendary “Group B” rally racers of the mid-1980s, GT Sport‘s Gr.B cars are more like high performance rallycross machines in sports car bodies — although the Audi quattro Pikes Peak is more like the Group B of old. You can choose from any car in the Gr.B ranks for this time trial.

You’re limited to a single car for the other event, but with total free rein on settings there’s a lot of variety possible. It’s a rather unusual choice of both car and circuit though, as you’ll be taking the Gran Turismo Racing Kart 125 Shifter to the BB Raceway circuit. Although not often referenced in the game, “BB” is short for “Broad Bean”, and the track — which looks like it’s set on the outside of the final corner at Tokyo Expressway East — certainly resembles said legume.

Even as standard, the Shifter Kart can take on this odd track at full throttle, so there’ll need to be some set-up genius at play to extract more speed from the machine!

GT Sport‘s Time Trial mode is a global competition, ranking your best time against all players worldwide, rather than just those in your region as with other Sport Mode events. This time trial will run through to April 22, when further events will replace it. 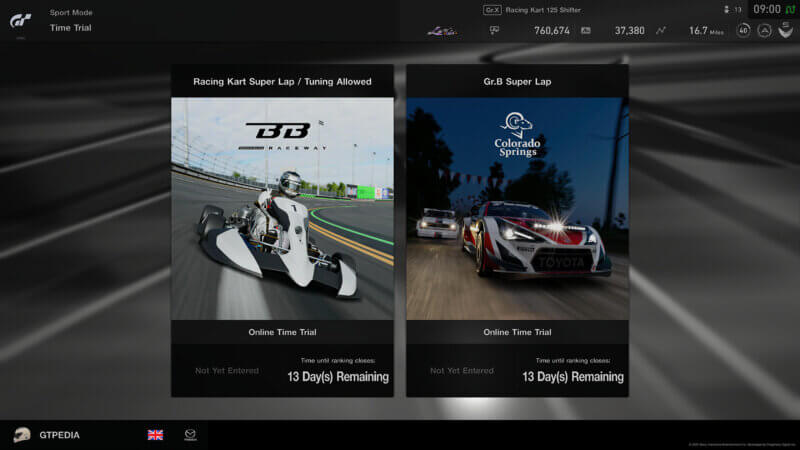 GT Sport Time Trial
265 Comments Discuss this post in our forums...
Test Your Badge Knowledge With Our Car Logo Quiz

Gran Turismo Series 8 Apr 12 by Andrew Evans
As players are waiting for some good news around PlayStation 5’s Gran Turismo 7, a development over the weekend could mean that Gran Turismo will also head to the world…

Gran Turismo Sport 468 Apr 12 by Andrew Evans
A new week means a new set of GT Sport Daily Races to get to grips with, and this week’s trio of events brings a mixture of pace to satisfy…

Gran Turismo Sport 468 Apr 5 by Andrew Evans
There’s a fresh set of GT Sport Daily Races now available, with players taking race cars — albeit in name alone in one case — to three of the game’s…