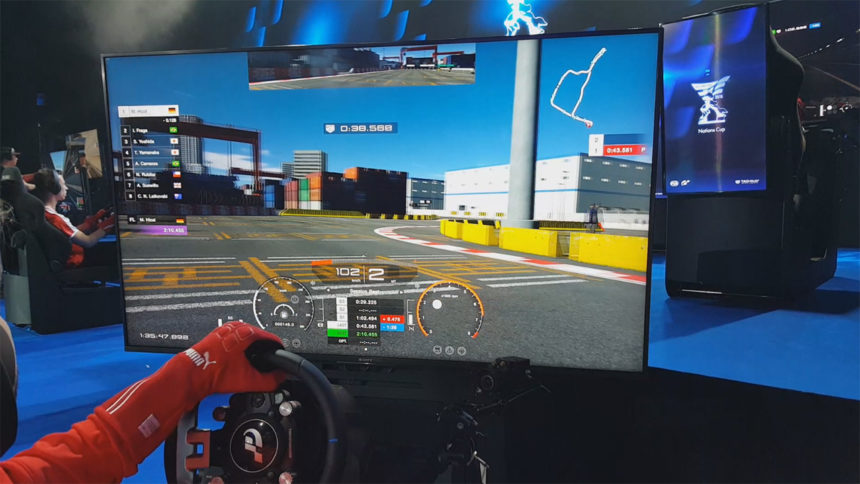 In case you missed it, the recent GT Sport FIA-Certified Online Championship World Final saw a game debut for a new track.

Polyphony Digital managed to swerve all of the speculation and dropped a new variant of the Tokyo Expressway location. This “South Loop” joins the Central and East layouts in the game, and has forward and reverse routes.

We were able to catch a sneaky few minutes over the shoulder of European champion Mikail Hizal as he practiced the track ahead of Sunday’s action.

The first part of the track feels like the existing Central layout, and they potentially share some areas of road. However it’s not long before you enter what might be the signature section of South: the docks. This area has a triple-apex corner made of three, right-handed, 90-degree turns. The wide road there means there’s a number of lines, so it doesn’t feel tight, slow and restrictive.

A sharp left kicks you back the way you came, before another right-hander onto the long back straight. This corner is trickier than it looks, as evidenced by Hizal’s response in the video above (and the ensuing confusion of how he’s actually up a tenth on his best there).

You can’t switch off though. The back straight isn’t quite straight as it winds under the expressways above it, and one right-hander in particular can catch you out with massive understeer if your line is off. At the end though is the heaviest braking point on the track; in our clip, Hizal is hitting 168mph in his N500 Porsche 911, braking down to just 37mph for the hairpin.

The hairpin has another unusual feature, unique to this track: it’s where you’ll find the pit lane. Yes, instead of being at the start-finish line, Tokyo Expressway South’s pits are just over halfway round the track and in a parking structure. For longer races this will lead to some interesting tire and fuel strategy calculations!

From there you’re faced with a quick double-esses complex — watch out for the tighter last left-hander — before the drag to the finish line.

Tokyo’s South layout will arrive in the next major title update for GT Sport, currently earmarked for some time in December.

GT Sport Tracks
96 Comments Discuss this post in our forums...
Test Your Badge Knowledge With Our Car Logo Quiz

Gran Turismo Sport 885 Jan 18 by Andrew Evans
There’s a new set of GT Sport Daily Races this week, to tide us all over while we’re waiting for the next FIA season to start. The options are relatively…

Gran Turismo Sport 885 Jan 11 by Andrew Evans
GT Sport fans have a new set of Daily Races to occupy them over the next seven days, with a couple of old favorites and combinations we’ve not seen in…

Gran Turismo Sport 885 Dec 28, 2020 by Andrew Evans
The last set of GT Sport Daily Races for this year is heading to the real world, and taking players to some of the game’s destinations around the globe. Race…