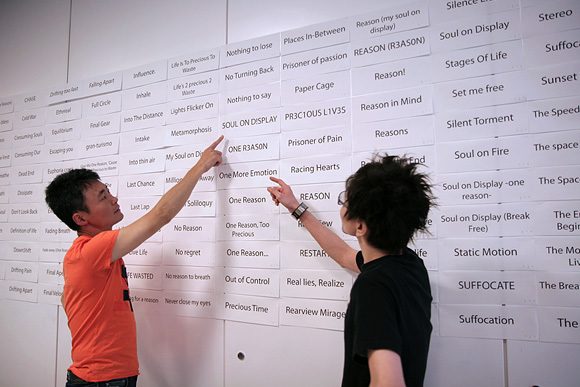 Remember the contest held to title the Daiki Kasho song used in Gran Turismo 5‘s E3 2010 trailer? The winner was finally announced last week after Kazunori Yamauchi made his selection from 5,444 entries: “5OUL ON D!SPLAY”.

While sharing the announcement on their website, Polyphony Digital also released some interesting statistics about the contest. For example, although the it was open to the world, an overwhelming number of entries came from the United States (1077) – more than double those received from second-place UK (452). “Soul on Display” was actually one of the most popular suggestions (89 entries), but “One Reason” was the most popular with 274 submissions.

MajanoX of Argentina (now a GTPlanet user!), however, was clever enough to create a title that caught Yamauchi’s eye that was also unique. As his reward, his name will be immortalized in GT5‘s credits. Congratulations!

Gran Turismo Sport 256 Oct 22 by Andrew Evans
The latest set of GT Sport Time Trials is now available, running for the next two weeks. It’s a bit of a change of pace this week, and a very…

Gran Turismo 7 131 Oct 21 by Andrew Evans
The great debate over Gran Turismo 7‘s potential launch date has taken yet another twist today, courtesy of a teaser posted on the official Gran Turismo Facebook account. Long-rumored to…

Gran Turismo Sport 462 Oct 19 by Andrew Evans
After a few complicated races in recent weeks, this week’s new set of GT Sport Daily Races is a return to simpler times. It’s a case of picking how fast…

Gran Turismo Sport 462 Oct 12 by Andrew Evans
A new set of GT Sport Daily Races starts today, with something of a focus on cars with the engine in the middle. There’s three races as usual, with two…

Gran Turismo Sport 256 Oct 8 by Andrew Evans
There’s another set of new Time Trials starting in GT Sport, and taking us through the next two weeks. After some recent outings on dirt roads, it’s a return to…