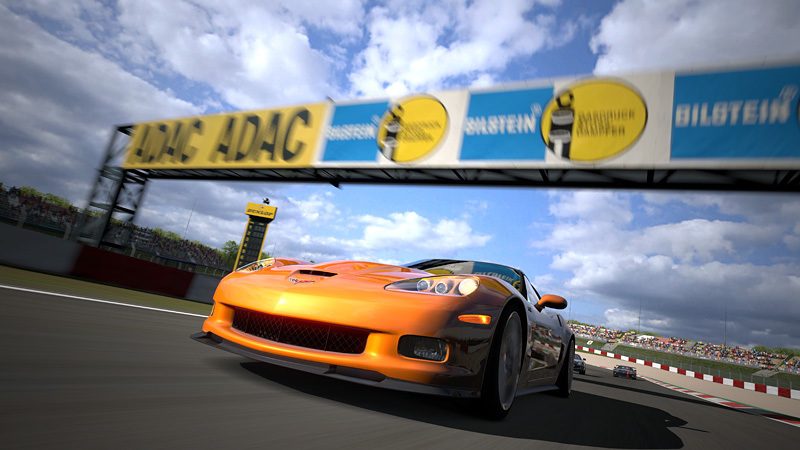 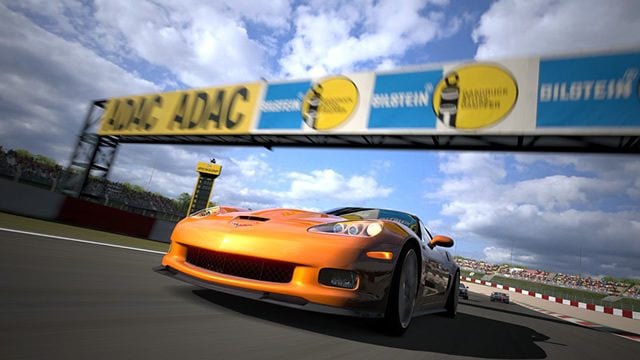 Peter Lyon, a MotorTrend editor who will be joining teammate Kazunori Yamauchi for this weekend’s 24 Hours Nurburgring race, was first to try out the latest demo including the Nurburgring GP circuit and described it as “simply stunning”. His most notable observation, though, was that of a new penalty system:

“New features of the game include a tyre grip penalty which temporarily reduces grip if you go off the track and onto the grass or into the gravel. It takes around three to four corners to retain full grip again. Drivers will also feel like they are in the hot seat when they crash into a guard rail and sparks fly.”

This is excellent news, as the new system sounds much like what happens in real life when tires lose grip after picking up dirt and debris off-track. Several new screenshots have also been released, which I have included below. As always, I’ll post the full 8 or 18-megapixel images in a new post when they are all available.

Nurburgring GPNurburgring NordschleifeScreenshots
The original comments for this post are no longer available.
Test Your Badge Knowledge With Our Car Logo Quiz

Gran Turismo Sport 3768 Apr 14 by Andrew Evans
With a week to go until the racing action gets underway, Polyphony Digital has announced the full schedule for the first round of this season’s FIA Gran Turismo Online Championship.…

Gran Turismo Series 44 Apr 12 by Andrew Evans
As players are waiting for some good news around PlayStation 5’s Gran Turismo 7, a development over the weekend could mean that Gran Turismo will also head to the world…

Gran Turismo Sport 532 Apr 12 by Andrew Evans
A new week means a new set of GT Sport Daily Races to get to grips with, and this week’s trio of events brings a mixture of pace to satisfy…

Gran Turismo Sport 3768 Apr 5 by Andrew Evans
As well as announcing the new format for the 2021 season of the FIA Certified Gran Turismo Online Championship, Polyphony Digital has also revealed the largest expansion in eligible players…

Gran Turismo Sport 3768 Apr 5 by Andrew Evans
Kazunori Yamauchi has taken to the PlayStation Blog to announce a new-look format for the upcoming 2021 FIA Certified Gran Turismo Online Championship, the fourth season of the flagship esports…