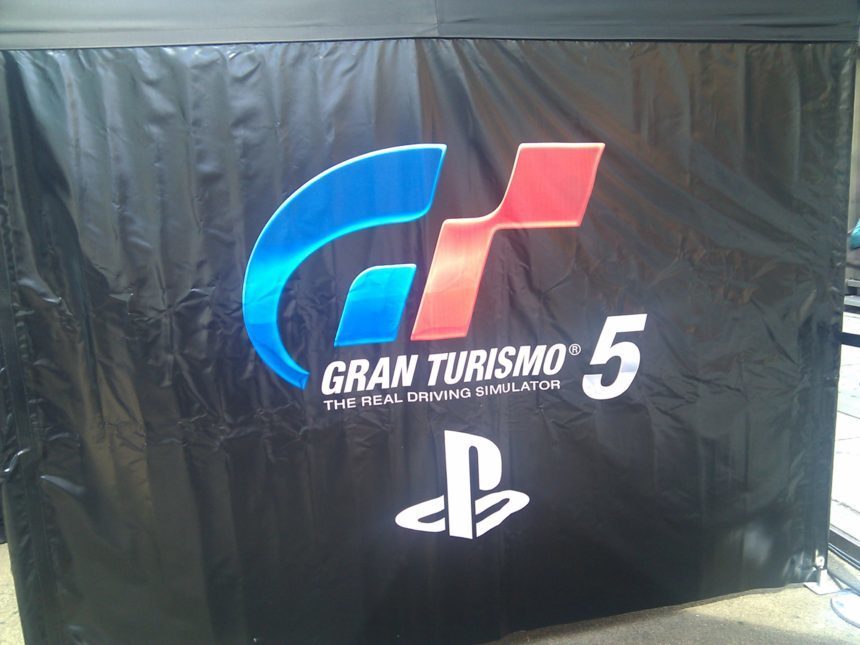 A few videos and impressions are rolling in from the Honda CR-Z promo event in Times Square today, but the GT5 demo on display is a little underwhelming. With that said, RavenFox of NeoGAF did catch a glimpse of High Speed Ring in the rain in the course selection menu – though it wasn’t actually raining when his race began.

Hey guys just so you know Honda is holding a special event at Times Square NY on street lvl and guess what game is there? Yup GT5 using the 3D setup on 5 race pods. Something caught my eye on one of the pods just before the race started. It was drizzling rain on the track menu screen but it did not rain in the race. Before I sat down to play one of the host told me this is one of many builds. This one did have tire marks though. AI is damn impressive and fights you all the way.

Ok I was completely off since I glimpsed the track. It was High Speed ring that showed the rain on the menu screen. If I had more time I could have recorded this in 720p on my Captivate and uploaded it.

UPDATE: According to user Indibisible in the comments below, Autumn Ring (along with a wide array of other circuits) has been included in this demo. If anyone at the event (which runs until 6PM) could confirm this with a video of the track selection screen, it would be much appreciated! (It looks like Autumn Ring may be visible in this picture – compare with the actual track map here.)

Thanks to Dave and Lexx for the pictures and videos!

Gameplay VideosGT5 VideosWeather
The original comments for this post are no longer available.
Test Your Badge Knowledge With Our Car Logo Quiz

Gran Turismo Sport 979 Mar 1 by Andrew Evans
It’s the first of the month and the start of a new week, and there’s another set of new GT Sport Daily Races to keep us all occupied for the…

Gran Turismo 7 294 Feb 23 by Andrew Evans
Gran Turismo fans will have to wait a little longer to get their hands on the next full entry in the series, as Sony has revealed the game won’t make…

Gran Turismo Sport 979 Feb 22 by Andrew Evans
A new set of GT Sport Daily Races has arrived, and the next seven days will put you in racing action at circuits — real and fictional — around Europe.…

Gran Turismo Sport 2370 Feb 18 by Andrew Evans
Updated February 20: Since we posted the details below, all corresponding information has been removed from the official Gran Turismo website. We’ll update this article with more information as we…

Gran Turismo Sport 979 Feb 15 by Andrew Evans
The latest set of GT Sport Daily Races, running for the next seven days, will see you recreating the golden era of rally in a rather unusual event — as…