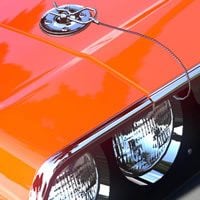 A few more interesting quotes have emerged from the GT5 article in the latest “PlayStation: The Official Magazine (UK)”. According to Kazunori Yamauchi, Polyphony Digital has essentially future-proofed the game’s 200+ “Premium Cars”:

“The level of precision we’ve achieved [in GT5] is actually more suited to the next generation of machines. The detail that goes into a premium model [has] gone beyond the level of the current PlayStation.”

However, since he made those comments, things may have changed according to more recent contradictory reports which hint GT6 may require another 5 years of development – something which would make sense if they now plan to release the game on the next generation of PlayStation hardware…

PlayStation 4Premium Cars
The original comments for this post are no longer available.
F1 2020 Review: A Winning Formula

Gran Turismo Sport 523 Aug 10 by Andrew Evans
This week’s GT Sport Daily Races will feel like a bit of a time warp for long-time players. In fact not only were all three races possible right from day…

Gran Turismo Sport 523 Aug 3 by Andrew Evans
Given the speed at which 2020 has been passing, it might be hard to believe that it’s the 31st Monday of the year. Nevertheless, a new Monday means a new…

Gran Turismo Sport 185 Jul 30 by Andrew Evans
The latest GT Sport Time Trials have arrived today, bringing a pair of fresh challenges which this week includes one of the most recognizable cars of the last decade. Our…

Gran Turismo Sport 523 Jul 27 by Andrew Evans
Monday is upon us yet again, and that means there’s a new set of GT Sport Daily Races for players to get their teeth into. In keeping with some recent…

Gran Turismo Sport 185 Jul 20 by Andrew Evans
It’s a little out of its usual sequence, but the latest GT Sport Time Trials have also arrived today. Usually the TT events appear every other Thursday. They have been…

Gran Turismo Sport 523 Jul 20 by Andrew Evans
It’s the start of a whole new week (yes, another one; sorry), which means that — along with many of us heading back to work again — there’s a new…