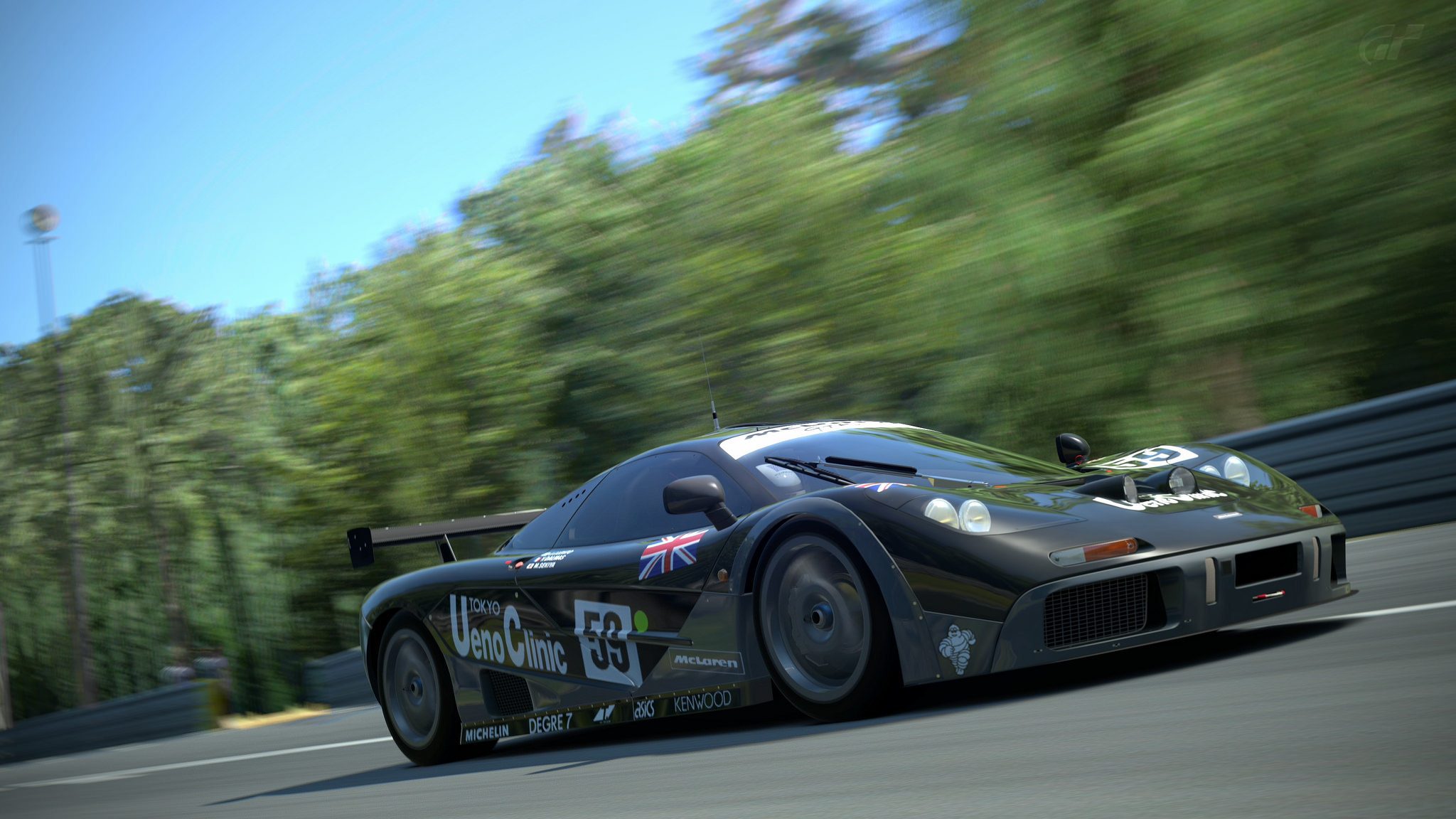 Want to feel old? Nearly as much time passed between the first Gran Turismo and GT4 — about seven years — as between GT5 and GT Sport.

It has been a long time since Gran Turismo’s 15th Anniversary event at Silverstone, a time that was filled with all those conversations about whether or not Polyphony made the right move in deciding to launch the game on PlayStation 3 rather than saving it for Sony’s next-generation box.

While the most hardcore and unforgiving examples of the genre find modest success in the simulation niche, Gran Turismo somehow manages to maintain a remarkably broad appeal. Among racing games, it’s second only to Mario Kart. And had GT6 been developed for PS4, many speculated it would have amplified the console’s successful launch.

Of course, history tells a different story. What we received in GT6 was refinement of Polyphony’s earlier — and in some cases, incomplete — work on the PS3. In many ways, the sixth installment was the game its predecessor should have been. In others, it merely repeated the very same mistakes. 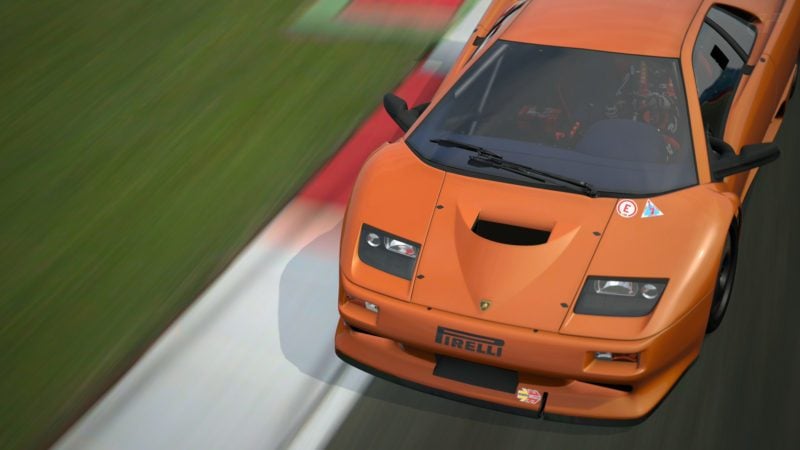 For all its hype, GT5 was a gargantuan experience fraught with too many ill-conceived ideas and head-scratching design decisions. There was the frivolous leveling system, and the bizarre choice to lock 80 percent of the game’s cars behind randomized used car dealerships. Single-use paint chips sucked all the fun out of customization, and the interface was so abysmally slow, the game would routinely sit motionless for minutes at a time accessing certain network features.

That’s to say nothing of the appalingly half-baked single player experiences offered via Gran Turismo Rally and Grand Tour. Or the glitchy damage. Or the entire existence of standard cars.

Polyphony didn’t necessarily fix all these problems in GT6, but it did address them. The leveling requirement was scrubbed, and each of the game’s 1200-plus vehicles were available to purchase right from the start. Paint chips were no longer consumed when used, and the menu design was much snappier — if a little bland.

Useless as the moon landing event was, Goodwood made for a nice aside from the monotonous campaign mode, as did the Ayrton Senna-inspired trials that arrived as downloadable content. Speaking of downloadable content, we may not have received everything Vision Gran Turismo promised, but the drip feed of exclusive concept cars justified revisiting the game every now and then.

It was very far from perfect; we’ll get into those complaints shortly. But GT6 simply felt like a much more cohesive, focused final product than its predecessor ever managed, despite five long years of development. And you could feel it behind the wheel, too.

Polyphony made a big deal out of GT6’s improved suspension modeling leading up to launch. Unlike those unreleased Vision GT cars, this wasn’t simply bluster; GT6 really communicated a sense of weight transfer and body roll that actually made the slower, less sophisticated rides a blast to drive. It’s physical feedback that certainly doesn’t go unnoticed returning to GT5. It would have made the on-track experience the greatest the franchise has ever offered, if not for one massive shortcoming. 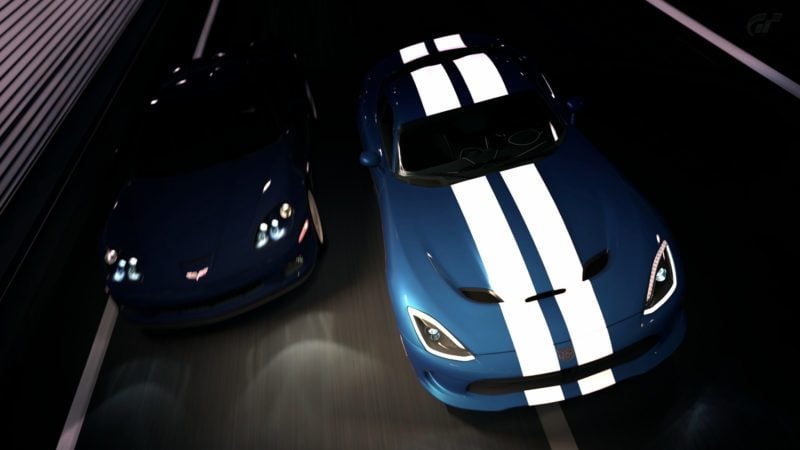 As unthinkable as it seems now, once upon a time you could pop in a Gran Turismo disc and enjoy an honest, real race. The kind where your opponent starts a couple feet in front of you, rather than a mile down the circuit. And although the AI might not have been terribly smart, it had the pace to put up a fight.

Perhaps Kazunori Yamauchi had a disdain for how difficult his Real Driving Simulator had become. Perhaps, in a move that would prove ironic in about three years’ time, Polyphony decided it wanted to distance itself from motorsports, and focus on pure driving instead. Whatever the reason, the result was underwhelming.

When GT6’s detractors call it a glorified time trial, they’re not being melodramatic. Depending on what you want from a racing sim, the lack of wheel-to-wheel action might not have been a dealbreaker. But when so much of the game was clearly geared for offline, solitary consumption, the chase-the-rabbit mantra got real old, real fast.

In fact, you could say pretty much all of GT6 got real old, real fast. As a remedy for GT5’s scatterbrained shortcomings, it mostly works. But on its own merits? Nothing about GT6 moved the needle or inspired us to look to the franchise’s future. In the shadow of its predecessors, it completely fails to stand out.

Even GT2 and GT4 — typically discredited for being less innovative than the games that immediately preceded them — made taller waves. GT6 may very well be remembered as the one that forced Polyphony to adapt to a market it no longer controlled. 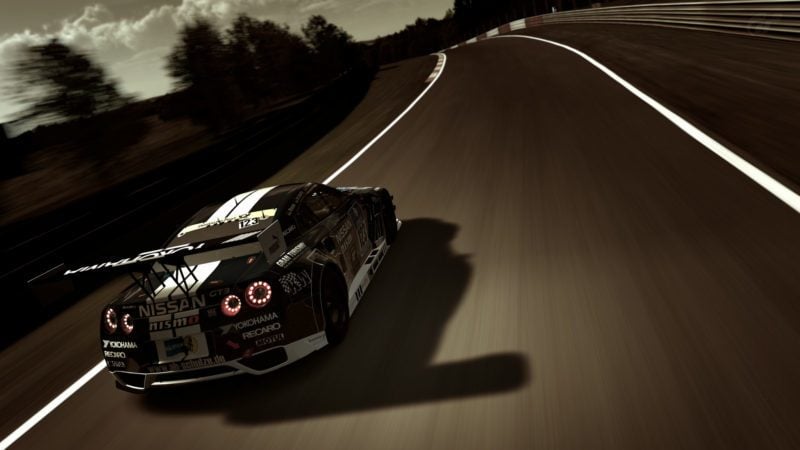 What GT Sport Will Do Better

Many times, GT6 has been called the end of the franchise’s first chapter. While Gran Turismo was far from the first simulator, it was responsible for popularizing the “car encyclopedia” style of gameplay — where a large number of vehicles and tracks are provided to the player, without any focus on a specific racing discipline. GT Sport represents Polyphony’s first departure from that progression within the mainline series.

Bearing that in mind, it’s hard to draw direct comparisons between GT6 and GT Sport. Of course we know sanctioned online events and new skill and sportsmanship rating systems will play a significant role in shaping most players’ experience with the new title. We also know there’s a mission-based offline component, though it likely won’t be as fleshed-out as the single player campaign featured in previous games (despite claims to the contrary).

However, what the new entry lacks in content, it looks to make up for in polish. GT Sport enjoys a predictable boost in graphics and presentation thanks to a generational leap in hardware. It also marks the debut of one of Gran Turismo’s most long-awaited features — a fully-realized livery editor.

Audio is another area that has received serious attention from Polyphony. While the series has never been admired for replicating the soundscape of racing, GT Sport’s summer beta confirmed that things are moving in the right direction. Especially keen listeners will find that the same old analogies to vacuum cleaners don’t necessarily apply this time around. As for how the end result stacks up to Project CARS 2 and Forza Motorsport 7, only time will tell.

It’s taken far too long for Gran Turismo to grace the PS4, but luckily we’re in the home stretch now — GT Sport is out Tuesday. As always, you should keep it locked here for post-release coverage.