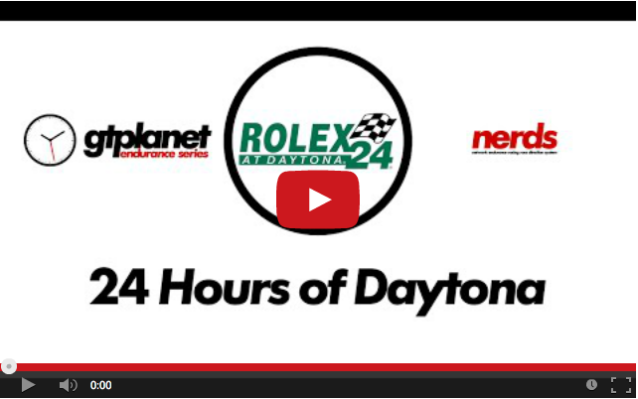 Click the times above to convert to your local time zone.

It’s time for the first major event in the 2015 GTPlanet Endurance Series: the Daytona 24 Hours!

Since announcing the series last month, we’ve had hundreds of drivers and teams from around the world apply to take part in what is set to be one of the largest virtual endurance racing championships ever assembled. After four dramatic qualifying sessions last weekend, the top 12 teams have secured their place on the starting grid at Daytona. 48 different drivers – several of whom are GT Academy finalists – from 14 different countries will get behind the wheel this weekend.

If qualifying was any indication, it’s going to be a highly competitive race: no more than a second separates the top three teams in each class, LM P2, GT500, and GT3, with some teams differentiated by only a few hundredths.

In LM P2, the two DeltaWings of Inferno Racing and SSR Motorsports have led the pack, with Inferno Racing being the only team to complete a sub-1:37 lap time. The all-Mexican team of Escuderia GTMX took poll in the GT500 class with their appropriately-colored, red-and-green Lexus SC430, and TNR NISMO leads the GT3 class in their Nissan GT-R NISMO GT3.

The entire race will be broadcast live, here on GTPlanet’s YouTube channel. Since last year, we’ve been hard at work to improve both our commentary and technical broadcasting capabilities to improve the experience for those of you watching at home. You’ll be hearing from at least eight different commentators throughout the event, including:

During commentary breaks, we’ll be featuring long-form interviews, hosted by @GTP_Dutchy. At 02:00-04:00 UTC (21:00-23:00 EST), keep an eye out for an in-depth interview with me, GTPlanet founder @Jordan, and forum moderator @PASM. We’ll cover a wide range of topics including the past, present, and future of GTPlanet (including revelation of next major feature coming to the site), as well as insight into the formation of the Endurance Series. 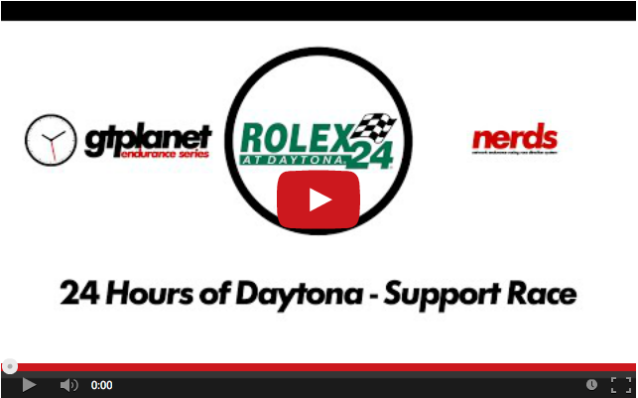 Before the start of the Daytona 24 Hours, we are also hosting a 2-hour “Mighty Miatas” support race, which itself features 12 teams with 25 drivers who will be behind the wheel of stock Mazda Roadster Touring cars. This race will also be streamed live in its entirety.

Thanks to all of you who have helped make this event possible, and good luck to all of our competitors. Here’s to a great race – enjoy the show!

GT6 Online RacingGTPlanet Endurance SeriesLive StreamingOnline Competitions
The original comments for this post are no longer available.
Can You Beat the Impossible Gran Turismo Quiz?

Gran Turismo Sport 1680 Feb 17 by Andrew Evans
GT Sport‘s first World Tour event of the year is still fresh in our minds, but already it’s time to prepare for the next stage. The Pre-Season for 2020 FIA…

Gran Turismo 7 113 Feb 17 by Andrew Evans
Kazunori Yamauchi has made some interesting comments about the future direction of Gran Turismo’s graphics. The Polyphony Digital studio boss has suggested that frame rate, rather than display resolution, may…

Gran Turismo Sport 695 Feb 17 by Andrew Evans
This week’s GT Sport Daily Races will take you to some tight and twisty real world circuits, in the UK and Japan. The UK’s representative is Brands Hatch for Race…

Gran Turismo Sport 481 Feb 16 by Jordan Greer
Japanese driver Takuma Miyazono has taken his first World Tour win with a victory in Sydney that could barely be any closer. Miyazono took the checkered flag by a margin…

Gran Turismo Sport 481 Feb 15 by Jordan Greer
It’s the final day of the first GT Sport World Tour of the year in Sydney, and that can only mean one thing: the Nations Cup final. There’s plenty hanging…

Gran Turismo Sport 258 Feb 15 by Andrew Evans
Polyphony Digital has revealed another new car on its way to GT Sport soon, and it’s a vehicle with quite some history. Aston Martin’s DBR9, a GT1-class race car that…

Gran Turismo Sport 481 Feb 15 by Jordan Greer
The BMW team of Nicolas Rubilar, Coque Lopez, and Randall Haywood put on a dominating performance at the first Gran Turismo World Tour event of 2020. Starting on pole in…