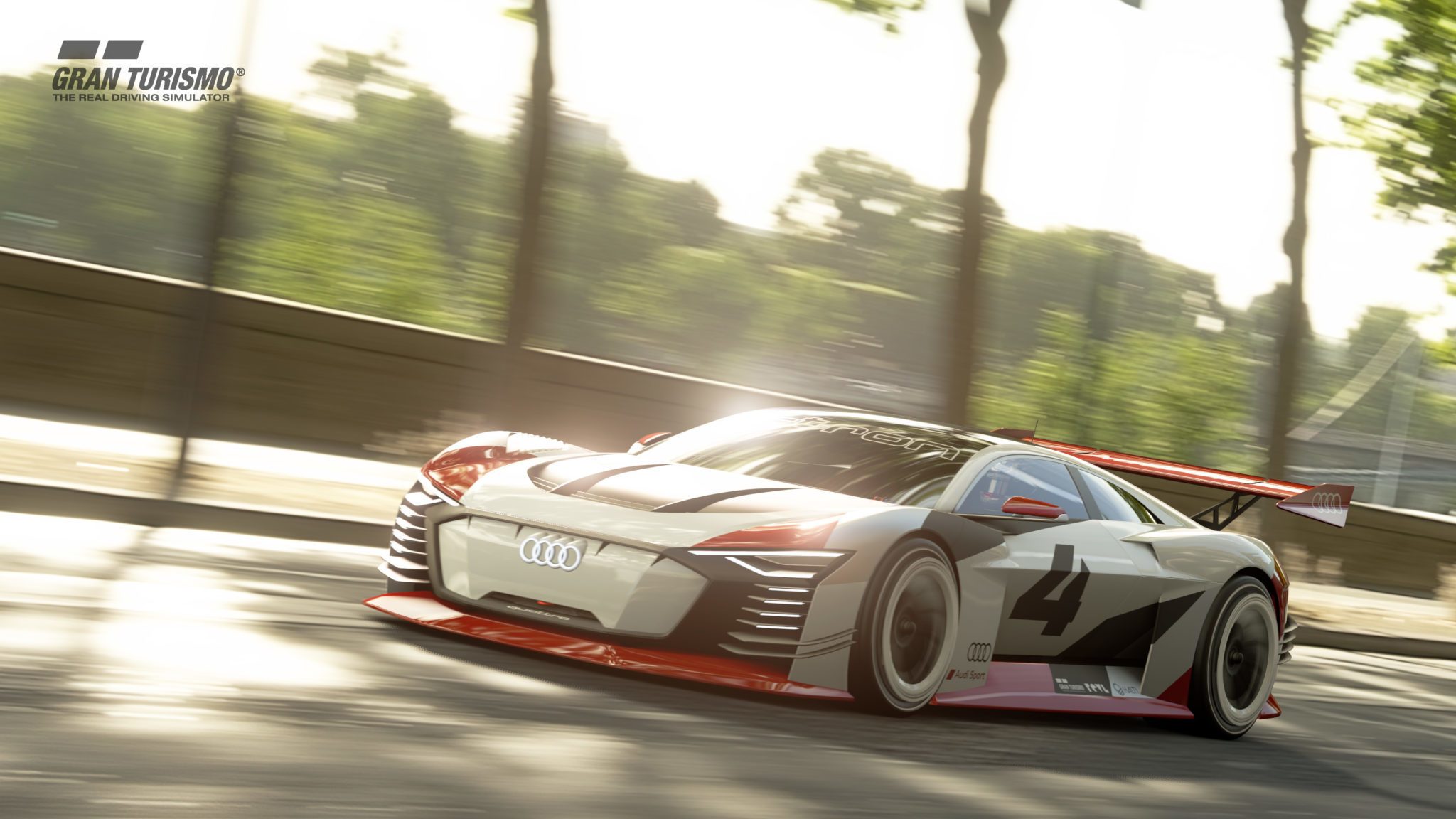 Last week, Audi released the latest Vision Gran Turismo vehicle in, well, Gran Turismo Sport. Actually, it’s a pair of cars, with a hybrid Gr.1 model and the original EV joining the lineup. We’ve taken both around the track to get an idea of what they’re all about.

We start with what we expect to be the more popular choice: the Gr.1 car. Thanks to a long wheelbase, it’s a very planted drive — unlike a wayward Alpine that gives us issues on lap one, yikes — and runs a similar layout to Audi’s real-world entry in the class, the R18. That means a turbo’d V6 sending power out back, plus batteries up front. The split means that the VGT will get away from you in the lower gears if you’re over-eager with the throttle, but it’s not anything more difficult than other cars in the class. It sounds pretty much like other modern hybrid prototypes too. The biggest issue we had with the car was the low sixth gear. It just kills acceleration.

It does look a little strange on track, since it’s a big car more in the Bugatti VGT mold than the typical prototype. The Audi seems class-competitive though, so mission accomplished. The glow during heavy braking is cool as hell too.

We move on to the digital version of the actual Vision GT. Yes, Audi made a real-world car — you can read all about it here. This all-EV car packs in over 800hp, but it also weighs half a ton more than the race car. That means longer braking distances, something that caught us out a few times around Dragon Trail.

It’s an even easier drive than the Gr.1, making it a great hot lap companion. Case in point: a quick run around the track for video purposes became a dozen laps, on the hunt for a 1:28 lap time. Being an EV without multiple gears, the Audi VGT helps with consistency, letting you focus on your lines. It was more fun than I really expected it to be.