The Endurance Series has proved hugely popular, attracting over 50 teams and nearly 200 drivers from across the GTPlanet community and beyond. The racing so far has been extremely close and the drama high, with teams missing the cut in qualifying by hundredths of a second, and races decided in the final few laps.

However we appreciate the Series is quite demanding for both teams and drivers as we strive for realism. With the introduction of the GTPlanet Karting Series, we aim to cater to the other end of the spectrum and go back to basics.

Karting is the entry point into the world of motorsport for most. Karts pair low weight with low power to create a great handling racer for drivers of all abilities. In addition, multiple classes provide drivers with a ladder to climb and a clear sense of progression. Finally, with tuning and set up work prohibited in the lower classes, there really is a level playing field.

If you are aspiring to become a NISMO GT Academy graduate, or just looking for some fun, close, organised racing, then this should be both your first point of call to nurture and hone your skills, and your benchmark against the potential competition!

A ‘Pre-Season Trials Weekend’ will be held between 16-17 MAY with the aim of sorting drivers into groups of the same ability, to maximise competition and enjoyment. You will need to sign up for 2 Heats over the course of the weekend to stand the best chance of qualifying for the top class, KZ1. Those who can’t make it, or can only attend 1 Heat may have to start the season in one of the lower classes.

The regular season will consist of; 4 Heats for each class, taking place on Sundays, each suiting a different part of the world; Asia, Europe, US West Coast, & US East Coast.

The top 3 drivers in each Heat will qualify for the ‘Final’ in their respective class, these will take place on Saturdays, at a time designed to cater to all timezones.

The Calendar is split into 3 Regional Seasons (Japan, Europe, and North America), reflecting the location of the tracks that will be visited.

After the completion of all 3 Regional Seasons, the top drivers over the entire year will qualify for the ‘World Finals’.

Qualifying for each heat will last 5 minutes, and races will vary in length (10-40 minutes) depending on the class, with finals lasting longer than heats.​

Each class ratchets up the speed and challenge, and provides a clear path of progression as the races get continuously longer and more demanding. 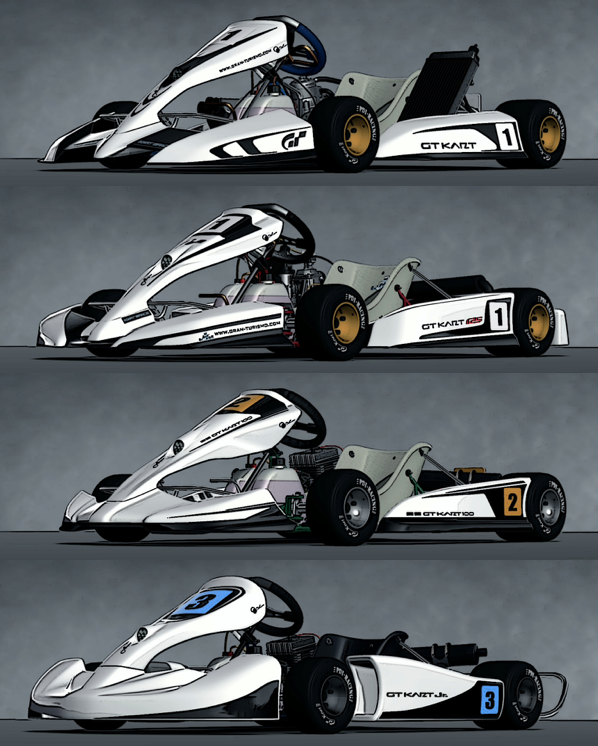 Now updated for use with more traditional racing, the Network Endurance Race Direction System is a piece of custom racing management, timing and scoring software built specifically for the GTPlanet Endurance Series, providing rich and detailed insight to the racing it is used to organise.

Competitors will be able to track their progress and achievements over both Series.

How to get Involved

There are two ways to get involved as a Competitor, either as a Team Manager supporting a group of Drivers, or as a Driver, racing for a Team or as an Independent:

As an Event Official

Gran Turismo Sport 53 Sep 26 by Andrew Evans
GTPlanet’s users are among some of the most dedicated, obsessed, and downright crazy players in the world. They do all sorts of unusual things in their devotion to the games…

Gran Turismo Sport 121 Sep 24 by Andrew Evans
Players waking up to GT Sport this morning will find a fresh set of Time Trials starting today, to challenge them over the next two weeks. It’s a mixed surface…

Gran Turismo Sport 369 Sep 21 by Andrew Evans
You’ll get a rare chance to test out your oval racing skills in this week’s GT Sport Daily Races, with a new set of three events. Our headline event comes…

Gran Turismo Sport 369 Sep 14 by Andrew Evans
This week’s GT Sport Daily Races, have an unusual twist with two events where the car is provided to you — and in both cases it’s a pick and mix,…

Gran Turismo Sport 121 Sep 10 by Andrew Evans
There’s a fresh set of GT Sport Time Trials starting today, and covering the next two weeks. It’s fair to say that the challenges on offer, though both set at…