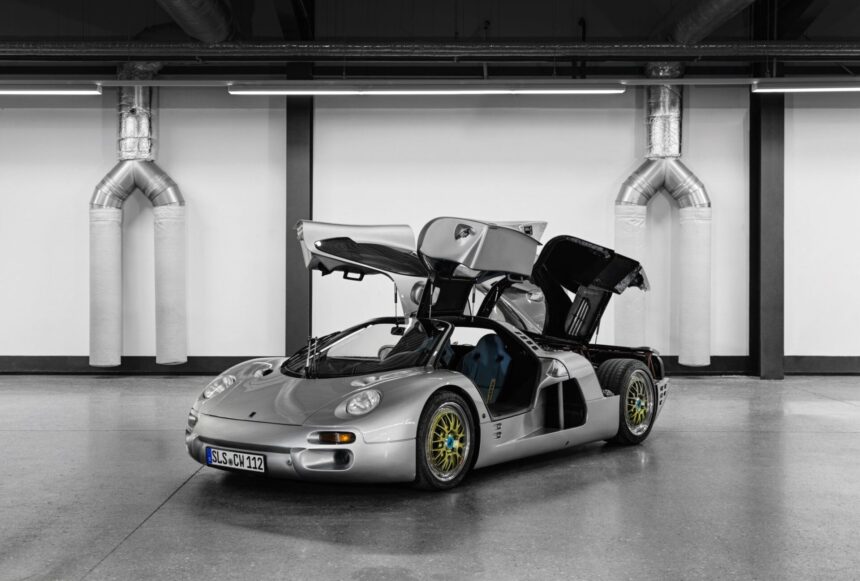 Secretive German performance car brand Isdera has revealed a slightly unexpected piece of information: it’s getting back into the world of gaming.

We’ll forgive you if you’re not familiar with Isdera, as the brand does tend to play things close to its chest. In fact, up until relatively recently Isdera had almost no public profile of any kind, joining Facebook in 2015, Twitter in 2016, and Instagram in 2019. As the company has only built on average two cars per year since 1982, and by application only, marketing hasn’t necessarily been a vital cog.

Perhaps its most famous escape into the public eye came in 1997, in EA’s Need for Speed II. The Isdera Commendatore 112i was one of just eight cars that appeared in the game — alongside the Ferrari F50, McLaren F1, and Jaguar XJ220. Now, according to the official Twitter account for the brand, that very car is in the process of coming back to gaming:

unmistakable and unique…the commendatore 112i became an icon and a real piece of art. Hand made and hand built, we are in the process of digitalising it…@thegranturismo @NeedforSpeed #commendatore112i #isdera #design #unique #bespoke #mercedes #digital pic.twitter.com/CkxNSngMoK

The Tweet is interestingly worded. It suggests that the company itself is engaged in the process of digitizing the car for inclusion in games — with Gran Turismo and Need for Speed named specifically. However, we know that the Polyphony Digital team has a very specific process of creating data for its in-game models. Occasionally, particularly with Vision GT cars, PD deals with manufacturer CAD data to create the virtual cars, so this may be the case here.

Isdera has been banging a bit of a gaming drum recently. A poll before Christmas on its Twitter account suggested it was interested in creating a concept car for a game. Gran Turismo won the poll but — knitting with the company’s relatively low profile — did so with eight of the 12 votes cast. The company also tagged Gran Turismo, Need for Speed and Forza in a post in November suggesting it was time to get back into gaming.

There’s technically two examples of the Commendatore out in the world. The first is a prototype, built by Isdera for the 1993 Frankfurt Motor Show, while it built a second road car — known as the Silver Arrow 112i — for a private Swiss owner in 1999. It uses a spaceframe chassis with company founder Eberhard Schultz’s body design, and a mid-mounted, six-liter Mercedes-Benz V12 producing 408hp. The later Silver Arrow used a larger, 6.9-liter V12, with over 600hp available.

Thanks to a very low drag coefficient of 0.306, the Commendatore could power through 200mph with ease, and Isdera reportedly clocked the Silver Arrow at 230mph. However, the car in the photos above is the original 112i, distinguished by its gold BBS wheels and the periscope rear view mirror in place of door mirrors.

Recently, Isdera has been busy building a new electric performance supercar. The Commendatore GT, styled after the Commendatore and the earlier Imperator, uses a pair of 400hp electric motors — one on each axle.

IsderaIsdera Commendatore 112i
71 Comments Discuss this post in our forums...
Can You Beat the Impossible Gran Turismo Quiz?

Gran Turismo Sport 697 Jan 13 by Andrew Evans
There’s a certain sibilance surrounding the circuits in this week’s set of Sport Mode sprints. The new selection of three races features some friends from right back when GT Sport…

Gran Turismo Sport 697 Jan 6 by Andrew Evans
To quote old man Biff Tannen, “there’s something very familiar about all this”. GT Sport Daily Race regulars will be feeling a twinge of deja vu this week, at least…

Gran Turismo Series 10 Jan 4 by Andrew Evans
GTPlanet’s own comprehensive encyclopedia of the Gran Turismo series, GTPEDIA, is growing in size again today, with a free 174-page update to incorporate all the facts and stats of GT…