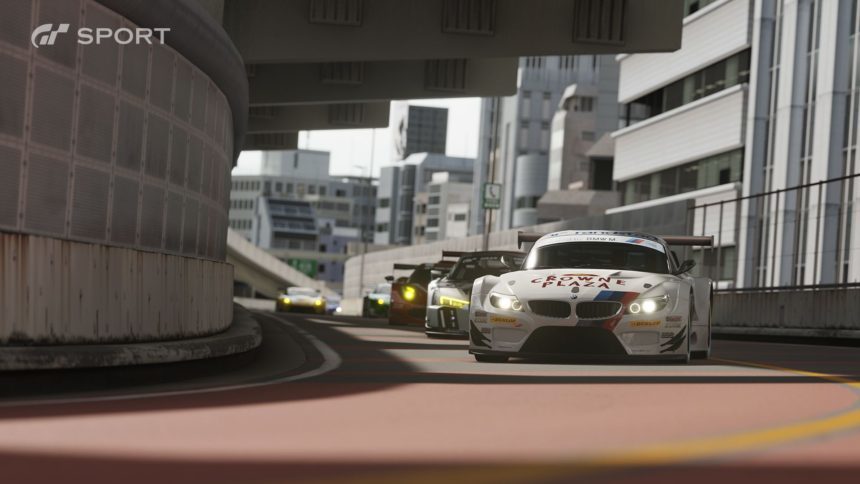 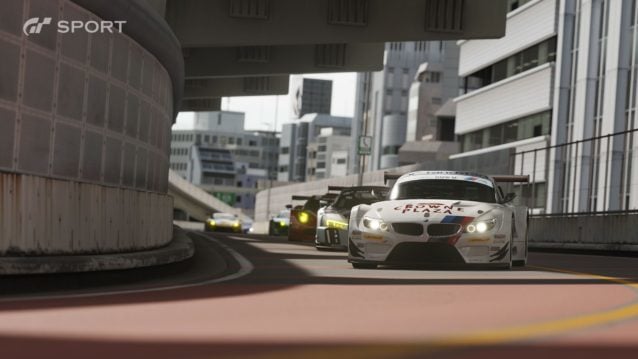 Well that didn’t take long. Sony’s dedicated PS4 Pro event got underway earlier today in London — after news of it broke earlier this week — and details are already starting to leak out. Most pertinent to sim-racing fans is the news that GT Sport will be taking full advantage of Sony’s new powerhouse, as confirmed by Kazunori Yamauchi himself.

With the original release date set only days after the PS4 Pro’s November 10 availability, it was long-assumed that GT Sport would be compatible with the new uber-PS4. Nonetheless, to have it confirmed by the Polyphony president puts another feather in the cap of the anticipated racer.

The news first broke via GameOver.gr. The Greek gaming outlet posted the following images to its Facebook page, showing the GT Sport stand at the event, Kazunori presenting all of the features of the Pro version of the game, and the man himself playing the game:

For those not wanting to squint, the five features mentioned in the presentation are 4K, 60FPS, HDR, Wide Colour, and VR. At this point, it isn’t clear how the game will achieve 4K resolution, though the leading suggestion is the checkerboard upscaling approach found in other titles such as Horizon Zero Dawn. We’ll have to wait for more details to emerge from the event before we have a clearer vision of just how GT Sport will benefit from the Pro.

The mention of 60 frames-per-second will surely please racers that took issue with the occasionally-inconsistent framerates of the PS3-era GT titles. 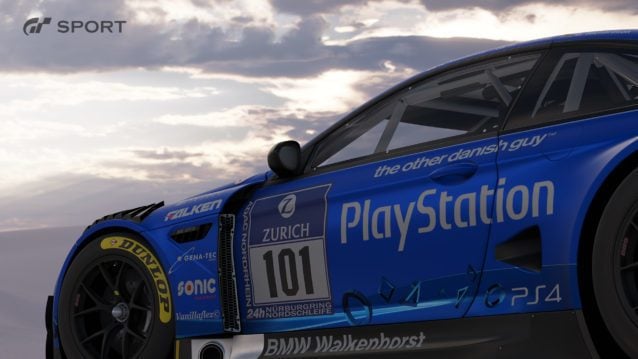 Meanwhile, HDR recently appeared in the genre via Forza Horizon 3. HDR provides life-like lighting that literally needs to be seen to be believed (as the majority of PC monitors and smartphones currently don’t support the feature). Sony has already committed to bringing HDR to existing PS4 consoles via a patch.

This is further confirmation that the game will support the recently-released PlayStation VR. Of course, we’ve known about that from the beginning…

Keep an eye on GTPlanet for more news on the event as it develops, and don’t forget to swing by our GT Sport forum section for all the latest discussions on the game.

Hat tip to Saidur_Ali for first spotting the news!

4K ResolutionHDRKazunori YamauchiPlayStation 4 Pro
The original comments for this post are no longer available.
GT Sport Exhaust Tip Quiz: Guess the Car From the Exhaust!

Gran Turismo Sport 90 Mar 30 by Andrew Evans
Polyphony Digital has taken the rather unusual step of announcing a raft of changes coming to a future game update well in advance of the update itself. There’s no mention…

Gran Turismo Sport 729 Mar 30 by Andrew Evans
There’s another set of three GT Sport Daily Races for players to get their teeth into this week, and it’s an unusual mix which feature no road cars at all.…

Gran Turismo Sport 272 Mar 27 by Andrew Evans
You’re going to need plenty of spare cash in GT Sport to get involved in this fortnight’s Time Trials, as it’s all about rare, road-going racers from the 1960s. The…

Gran Turismo Sport 729 Mar 23 by Andrew Evans
It’s all-change again as a new week is upon us, and brings a new set of Daily Races in GT Sport. This week’s trio contains two sets of race cars,…