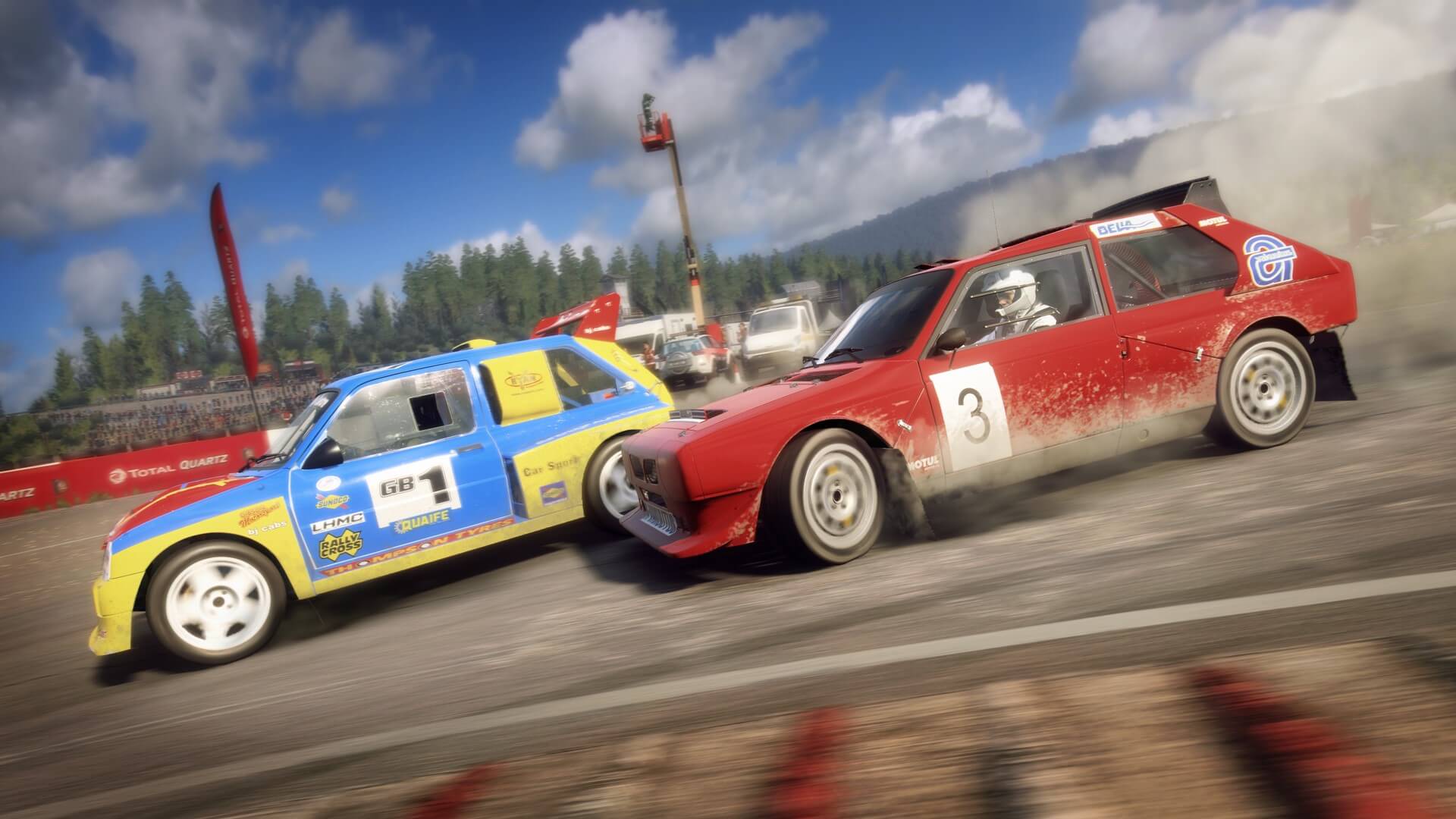 Right on the usual fortnightly schedule, another batch of DLC has landed in DiRT Rally 2.0. This time around, players will find two insanely fast rallycross weapons.

As the penultimate DLC for Season 2, this bundle introduces the Lancia Delta S4 and MG Metro 6R4 in rallycross forms. These two arrive before the German Rallycross stage next month, and you’ll likely need the next two weeks to tame them.

Both cars share a handful of common features. Both are mid-engined, all-paw silhouette racers styled after road-going, front-engined hatches. They both channel their power through five-speed manual gearboxes too, and in DR2, that power is an identical 450hp.

That’s where the similarities end. The Lancia is the high-strung option: its tiny twin-charged 1.8-liter four cylinder produces plenty of torque, while a curb weight under 2,000lb makes it plenty agile. Meanwhile the MG is heavier, with a big 3.0-liter atmospheric V6 offering a more predictable power curve.

The Delta S4 and Metro 6R4 are both available at the usual vehicle price on all digital store fronts. Those that own the Deluxe Edition of DiRT Rally 2.0 will be able to access them in-game at no additional cost, alongside new liveries and another login bonus. The next DLC — Germany RX — drops August 13.