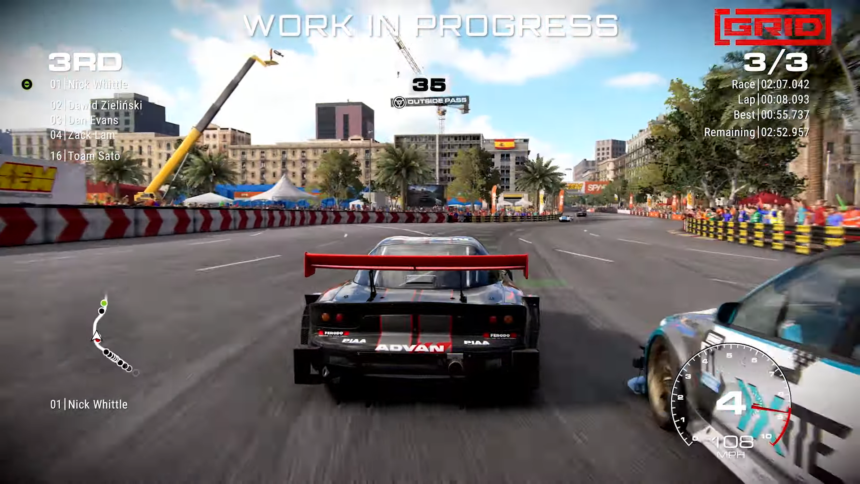 Latest GRID Gameplay Footage Shows off the Streets of Barcelona

Codemasters has shared new gameplay footage of the upcoming GRID, this time focusing on the returning Barcelona circuit.

Described as both a fan and team favorite, the returning venue last appeared in GRID Autosport. The power circuit offers plenty of opportunities to overtake, even through the braking zones. With the wide streets, there’s never a moment of having to wait to make the move — when the opportunity presents itself, take it.

Check out the renewed circuit while also taking a look at the Mazda RX-7 Panspeed below:

Sights and sounds aren’t the only things to admire within the video. According to Codemasters, GRID really focuses on the idea of unpredictable racing every time you’re on the track. The game handles this in a number of ways, with 400 AI and 72 teammates, all featuring unique personalities.

Continuing, there’s the choreographer that deals with mechanical breakdowns, AI driver errors — even giving a boost to some of the AI based on their form during the race.

Adding onto that is the Nemesis system. To recap: collide with any one AI driver too many times and they’ll be labelled as your nemesis. This increases that AI drivers level of aggression around you in particular. Combine that with the game’s 12 locations and variable time and weather features, and no two races should ever be exactly alike.

What’s truly interesting is the remark that the AI aren’t only racing against you, but among themselves as well. It’s a very interesting take and we can’t wait to take the game through its paces for ourselves.

GRID Gameplay
11 Comments Discuss this post in our forums...
Can You Beat the Impossible Gran Turismo Quiz?