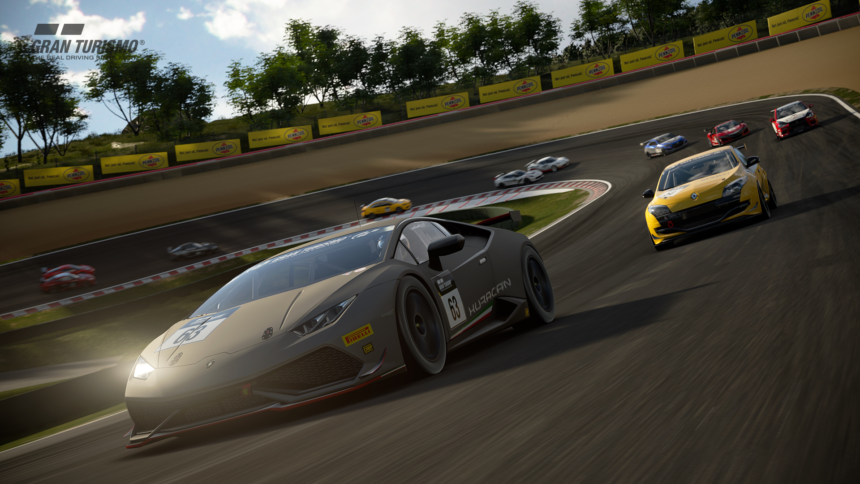 What Did We Learn From the GT Sport Beta?

The Gran Turismo Sport beta came to an end last week. Over the course of four months, players across the globe were able to get a taste of Polyphony’s upcoming game. More importantly, the players were able to provide feedback before the game’s October launch. With the beta now behind us, let’s take a look at what exactly we learned during the testing phase.

The GT Sport beta was a bit different than most due to its iterative nature. Rather than deploying a version of the game and leaving it untouched, Polyphony added new content and tweaks throughout its life. The approach kept us coming back for more during the extended beta window.

The first of these arrived in the form of v1.04. The update dropped the same week as European players gained access to the beta. Although this brought changes to much of the beta’s physics, it was the removal of the Arcade mode that had the biggest impact. Polyphony made the decision in order to focus player participation on server stress-testing.

However, for the most part the updates added to the beta experience. Along with new tracks, like Dragon Trail Raceway and Blue Moon Bay, PD’s beta updates brought new depth, with features like tire wear, fuel depletion and general car damage.

It was clear that community feedback was important too – something not always associated with Gran Turismo. Updates implemented changes to camera position and freedom, vehicle physics and peripheral support. One of the last updates brought H-pattern shift support for driving wheels. There were the usual bug fixes too. 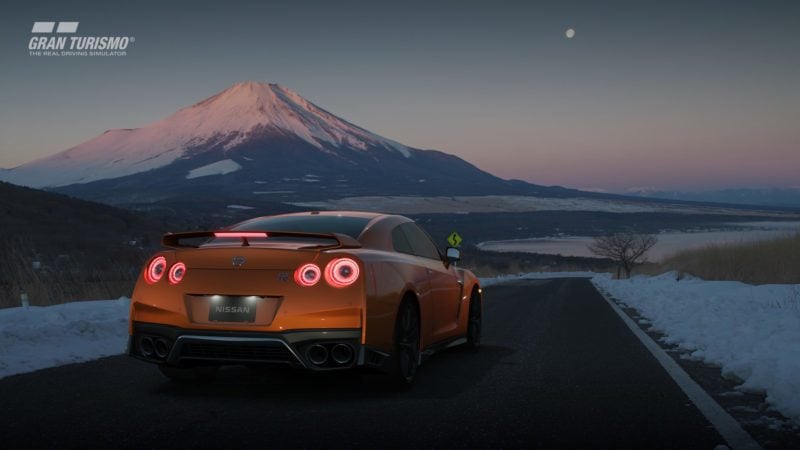 Over the course of the beta and its updates, Polyphony made alterations to the metrics of driver ranking.

The beta introduced the Driver Rating (DR) system. This scored players according to their pace, on a familiar A to E scale. The quickest players achieved an S ranking – similar to Gran Turismo‘s traditional ‘Super’ rank. The exact nature of how the game calculates DR is unclear, but a well-placed finish at a difficult circuit would result in a higher score.

Initially the Sportsmanship Rating (SR) reflected a player’s safety as a number. Gauged between 1-99, players who kept out of trouble would see the number rise. This didn’t seem to affect matchmaking though, and the v1.05 update changed the system to match the DR ranking.

With DR and SR working together, matchmaking more commonly placed you with players of a similar ability and mindset. In this case the beta seems to have refined the system to deliver more exciting and safe races in the full game.

The early days of the GT Sport beta were a bit rough. There were some clear class favorites, and those who didn’t own the right cars were not able to rank up their DR as a result. As the beta progressed though, the PD team gradually refined balance of performance (BoP).

Each update changed the performance of the cars and class BoP parameters. Four-wheel drive cars initially held the power, but PD’s changes soon equalized them. The end result was by no means perfect – but we know now, that this is something Polyphony Digital will be trying to get right. 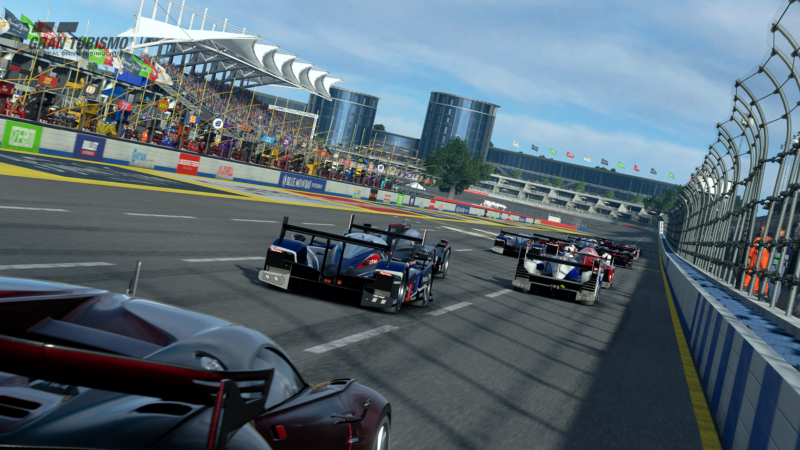 Sound design has been a bit of a bug bear for the GT franchise for a while. With other competing franchises making movement in bringing cars audibly to life, Gran Turismo was starting to lag behind. Polyphony has been making all the right noises about improving sound, and the beta gave us a first-hand look at how the improvements were coming along.

There is no denying that GT Sport marks the biggest leap for car audio in the franchise. Vehicles sound a lot less sterile than titles before it, bringing suitable gearbox whine and a more aggressive overall sound to proceedings. Certain cars sound more impressive than others – such as the BMW M6 GT3 and Alfa Romeo 4C – but the progress is obvious.

GT Sport still has a way to go to match its rivals, but it will be interesting to see what Polyphony can deliver in October.

A Sneak Peek at Damage and Endurance Racing

The most interesting element of the GT Sport beta arrived two weeks before it ended. Seemingly from nowhere, the v1.08 update added in a damage system and features for endurance racing. The update treated beta testers to real fuel depletion, tire wear and actual damage during the daily races. Given the tiny size of the update, these features caught the community by surprise.

Cruelly, by the time we wrapped our heads around the changes, an announcement came that the beta would close July 16. Even though it was only a short hands-on, this was a key moment for the title. Up until that point we had only seen allusions to the presence of endurance elements, so Polyphony delivering (even for a short period) was big for GT Sport. Now, we eagerly await the full title’s integration of these key racing features. 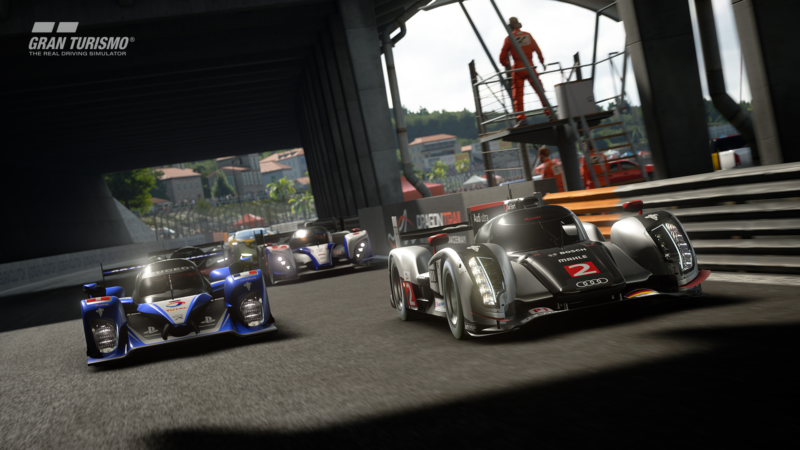 All Things Considered, We Learned a Lot

Even though its sad to say goodbye to the GT Sport beta, the recent release date announcement eases the pain. The extended length of the beta gave the community a much needed injection of what GT Sport is all about. Game updates brought more content and gameplay changes to keep us interested. For as much as we learned though, it seems Polyphony Digital did too.

The beta didn’t just act as a way to get players to stress-test the servers. PD suitably reacted to issues like the chase cam and adjusted options for the cockpit cam too. It seemed PD was genuinely listening to fan feedback and implementing subsequent changes. The GT Sport beta taught us a lot, we’ll see just how much changes when the game releases in October.

Gran Turismo Sport 90 Mar 30 by Andrew Evans
Polyphony Digital has taken the rather unusual step of announcing a raft of changes coming to a future game update well in advance of the update itself. There’s no mention…

Gran Turismo Sport 729 Mar 30 by Andrew Evans
There’s another set of three GT Sport Daily Races for players to get their teeth into this week, and it’s an unusual mix which feature no road cars at all.…

Gran Turismo Sport 272 Mar 27 by Andrew Evans
You’re going to need plenty of spare cash in GT Sport to get involved in this fortnight’s Time Trials, as it’s all about rare, road-going racers from the 1960s. The…

Gran Turismo Sport 729 Mar 23 by Andrew Evans
It’s all-change again as a new week is upon us, and brings a new set of Daily Races in GT Sport. This week’s trio contains two sets of race cars,…