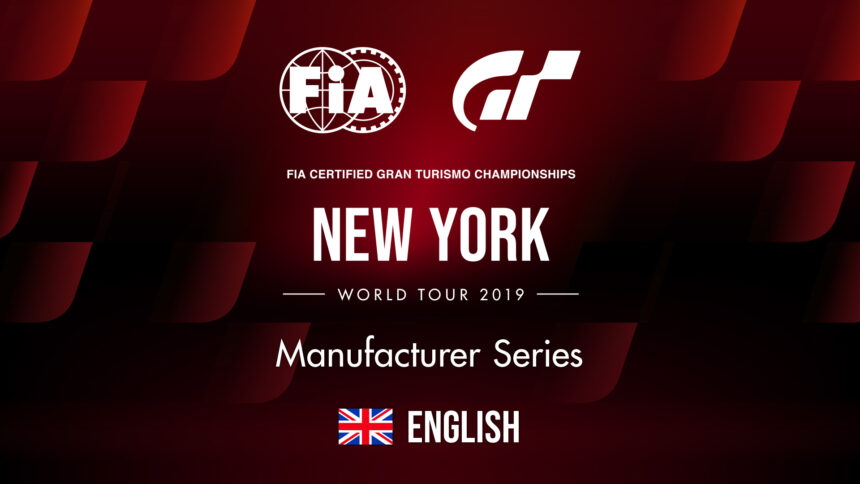 After the light-hearted action of yesterday’s Pro-Am Race, it’s time to get down to serious business at the New York World Tour event.

While there’s not necessarily so much on the line as with the Nations Cup — the winner of which will get a guaranteed spot in the World Final in Monaco — the Manufacturer Series is not taken any less seriously. The trophies will weigh just as heavily on the winners’ mantelpieces, not to mention the rather snazzy watches from TAG Heuer. If there’s any doubt, one only has to look back at the events of the Nurburgring event…

Coming into New York there’s three champion teams. Aston Martin won the first iteration in 2019 in Paris, but Toyota will be defending its crown from Germany. The reigning world champion is Lexus, winner in Monaco last year. 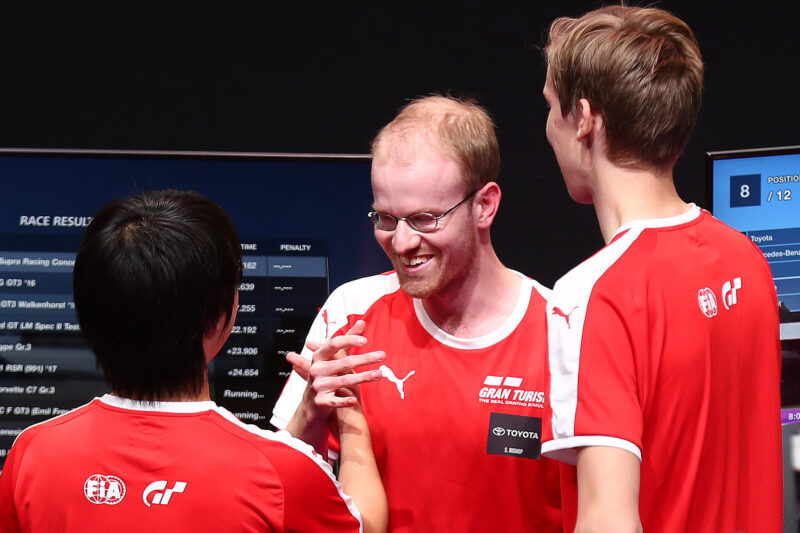 Of those three teams, only one of the nine winning drivers return. That’s Toyota’s New Zealander Simon Bishop (above, center), who held his nerve to take the checkered flag after being chased down by Cody Latkovski. He’ll be joined by Coque Lopez, so nearly a Nations Cup champion in Germany but for another last corner incident, and Facundo Dudulec of Argentina.

Australian Latkovski will hope to go one better and returns with Costa Rica’s Bernal Valverde to the Mercedes team. Joining them is Anthony Felix of the USA, who’s switched from Chevrolet. Aston Martin’s line-up meanwhile now contains the UK’s Adam Suswillo and US GT Academy champion Nick McMillen, alongside Japan’s Masahiro Kochibe. There’ll be a second GT Academy winner, Matt Simmons of Australia, on the grid too, with the USA’s Mark Pinnell and Brazil’s Adriano Carrazza, in an exceptionally strong Porsche team.

All eyes might be on Subaru however. That team, consisting of Japan’s Takuma Miyazono and Australia’s Joseph De Jesus alongside German Mikail Hizal, has already taken the top time in pre-qualifying and will be favorites in the top 6 superpole shootout shortly before the race. The Subaru already has a title to its name this weekend, with Hizal teaming up with Youtuber SuperGT to win the Pro Am Race yesterday.

The action gets underway at 1800 UTC (convert to your time here).

Gran Turismo Sport 61 Jul 13 by Andrew Evans
Polyphony Digital has announced a new update for GT Sport, which will arrive this week on Thursday July 16. Though 2020 has seemed to drag on somewhat, Gran Turismo fans…

Gran Turismo Sport 508 Jul 6 by Andrew Evans
GT Sport has flipped its 2020 yearbook into a new week, and that means it’s time for a new set of three Daily Races. The mix is the typical spread…

Gran Turismo Sport 220 Jul 2 by Andrew Evans
There’s a rare chance to get your hands dirty in the newest set of GT Sport Time Trials, which start today. Over the next 14 days, you’ll be competing against…