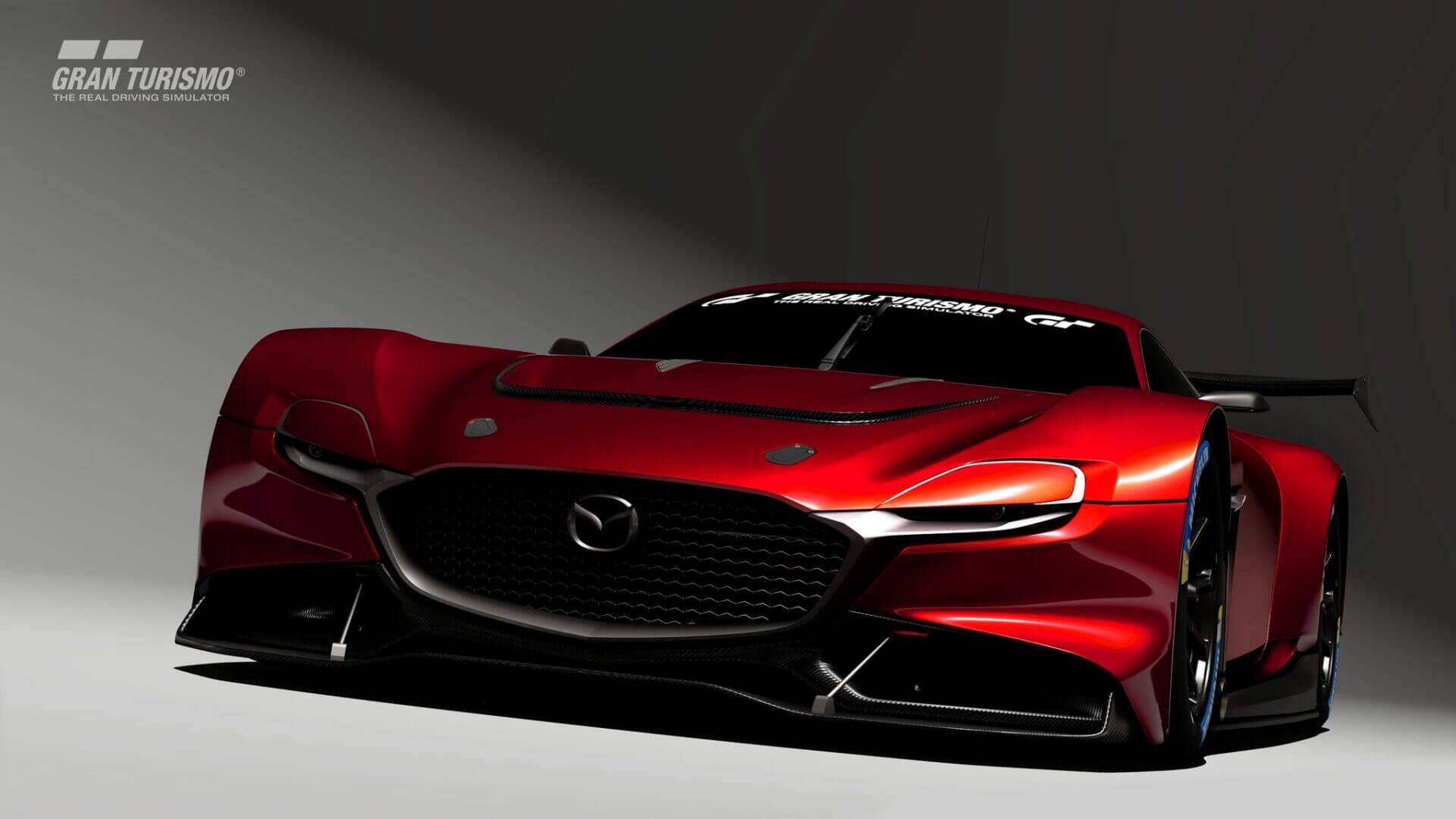 Mazda fans waiting for information on the RX-Vision GT3 Concept need wait no more. The race car will be coming to GT Sport this May, via a free game update.

This concept race car is based on a prototype show car that Mazda presented at the 2015 Tokyo Motor Show. Conceived as a successor to the RX-7 and RX-8 line of rotary sports cars, Mazda has been reportedly mulling over the RX-Vision’s potentially as a production car ever since.

We may not get to see the RX-Vision on the public roads — the rotary engine’s abilities to meet CO2 emissions standard will likely preclude it — but GT Sport players will get to drive the race car in ten weeks’ time.

Although first revealed at the 2019 FIA-Certified Online Championship World Final in Monaco, we don’t actually know that much about the GT3 concept. The original show concept featured a rotary engine (though this too was likely a non-functional concept), but it remains to be seen what will power the GT3 version. Gran Turismo has revealed that the stock power output is 562hp, although this will be subject to Balance of Performance calculations in Gr.3 races.

The car will arrive in May, almost halfway through the 2020 FIA Online Championship season. This means that players choosing their manufacturers now for the races which start this week will not be able to select the car at all in any race this year — unless the game delivers the car to Mazda-contracted drivers when it arrives.

However, players who have already selected a manufacturer now have the opportunity to change their mind. That’s because Mazda is now guaranteed qualification for all World Tour 2020 live events, including the World Finals at the end of the year. This starts with the Nurburgring event, on May 23-24, which will also mark Mazda’s first appearance in a World Tour event since the Salzburg exhibition in 2018.

We don’t know as yet if any other vehicle or track content will arrive in the May 25 update, but stay tuned to GTPlanet for more information as we get it.