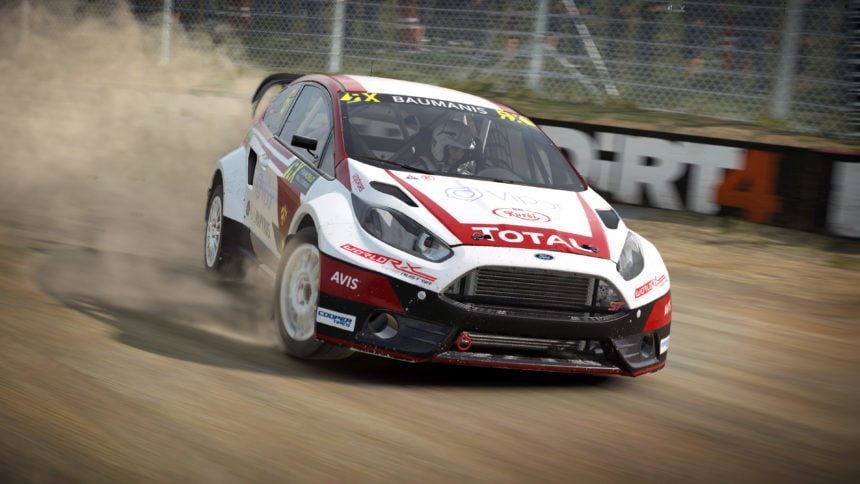 Fans of the DiRT series will be happy to see Rallycross returning after appearing in the highly acclaimed DiRT Rally. In fact, Codemasters has secured the official FIA license for the series, and promises an even more authentic experience this go-round.

That’s thanks largely to the help of two-time FIA World Rallycross Champion Petter Solberg. Codemasters has rebuilt the handling model since Rally, with Solberg providing feedback to ensure a Rallycross experience as close as possible to the real thing.

With the notable absence of the WRC license, it’s good to see attention placed on another popular rally championship. Rallycross majors on dirt — both literally and figuratively. You’ll see plenty of bumping and paint-trading here, as cars compete in short sprint races around dedicated circuits. Races typically run for only a few laps, including the “Joker Lap”, which requires a longer route around the course.

The fast pace of the races is largely due to the monstrous cars that run them. The Olsbergs MSE Ford Fiesta Supercars featured in the trailer are of a special breed. With 600 hp and 0-60 in under two seconds, they have won countless awards and wins in Rallycross.

As we know, the big push this year is on the inclusion of “Your Stage” which allows players to be able to create, race and share their own rally stages with people around the world. The team at Codemasters seems to be investing a lot into the success of this mode. Your Stage looks to be a more advanced version of Gran Turismo 5‘s Course Maker.

With just over a week to go until the game’s release, fans won’t have to wait long to experience everything Codemasters has in store for DiRT 4.

CodemastersRally
8 Comments Discuss this post in our forums...
F1 2020 Review: A Winning Formula

DiRT Series 214 May 7 by Andrew Evans
After a debut on the Inside Xbox live stream, Codemasters has now officially announced DIRT 5. It confirms what the publisher was teasing us with earlier in the week: a…