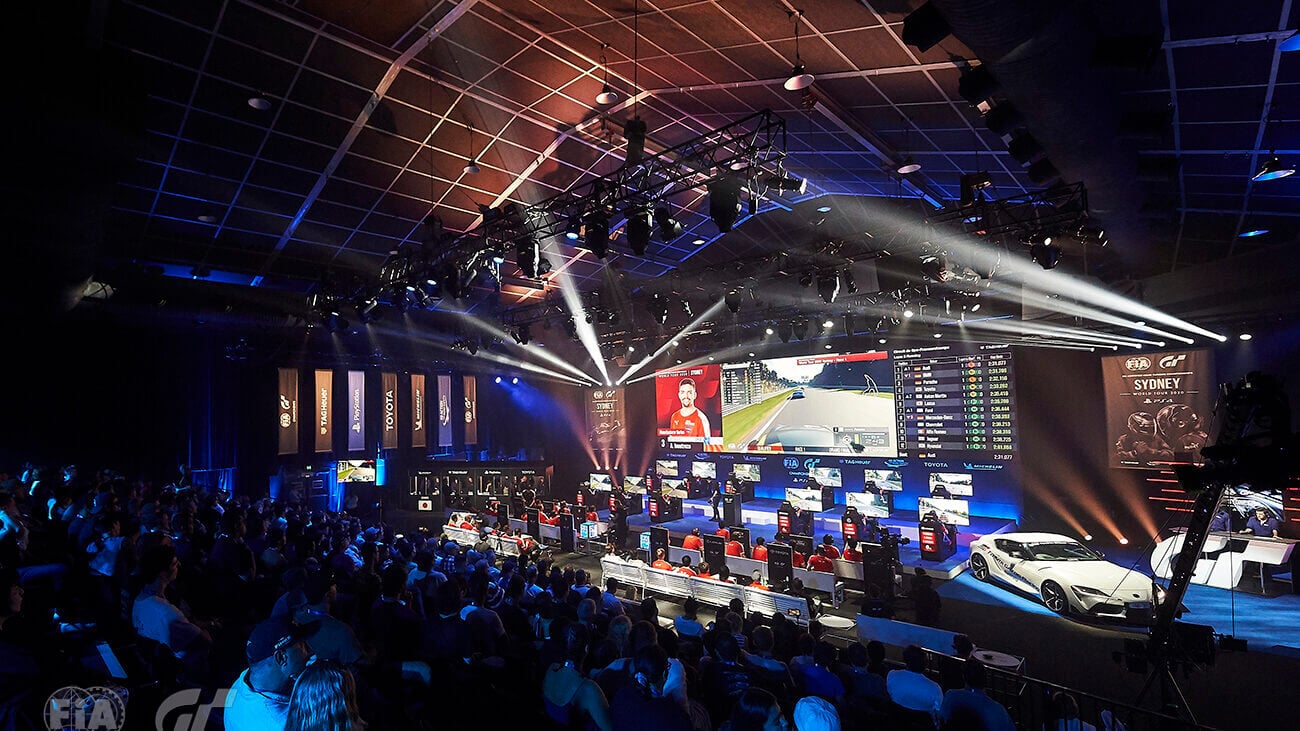 Update: On May 8, Polyphony Digital pushed out a new set of Terms and Conditions in the UK for the game’s FIA mode, which modified the “Prizes” section. Previous versions of the rules included laid out Live Event attendance as a prize — including flights, transfers, hotel, and meals — with a value of around $3,000, and trophies where applicable.

The updated version of the rules now only reads “There are no prizes for this competition”, which would appear to confirm the World Tours and World Final are cancelled for 2020 — pending any future changes.

If you’re a GT Sport player hoping to represent your brand and nation in the 2020 FIA Gran Turismo Championship live events, we might have a little bad news for you. It looks like, for now at least, the showpiece World Tour events are on the shelf.

GT Sport’s World Tour events are an important part of the championship. They gather the best drivers from the online qualifiers in one spot, and provide a pretty memorable experience. Players get to meet each other for the first time — and sometimes special guests like F1 world champion Lewis Hamilton — and make enduring friendships. Viewers also tune in to the racing by the millions.

This season’s live events were already in doubt when Polyphony Digital announced that it was cancelling the second World Tour event of 2020, at the Nurburgring in May. That decision, prompted by the Nurburgring’s postponement of its own 24hr race the same weekend, reflected the difficulty of organizing such an event with travel restrictions and limits on gatherings in place worldwide.

A clue that this might affect other World Tours came earlier this week, when PD released a new calendar for the 2020 season which starts this weekend. The original calendar had obvious gaps without races, corresponding closely with expected dates of World Tour events — such as the gap from May 17 to May 30 allowing for the Nurburgring event on May 24. Unlike the original, this new calendar has no weekends off until all 30 races have been completed.

Confirmation that the World Tours are at the very least postponed this season comes in the video above announcing the 2020 season. The clip, from PlayStation, states that “No live events are planned for the 2020 FIA GT Championships”, at roughly the 24 second mark. Kazunori Yamauchi, posting on the official PlayStation blog, reinforces this, stating “there are currently no live showcases planned to bring together the top leaders of the online stages”.

While fans might be disappointed, this doesn’t mean that there will be no World Tours at all this season. The ongoing global health situation has thrown many sporting events’ plans into turmoil, but most are looking to a resumption later in the summer. By the new calendar the online portion of the 2020 FIA Championship comes to a close on August 8, and there’s still plenty of time for events after that. Indeed three of 2019’s five World Tours took place in August or later.

Andrew Evans · Apr 24, 2020· Comments
Michelin, official Tire Supplier and Technical Partner of Gran Turismo, is staging a special online competition for players in south-east Asia and Oceania, with an all-expenses paid experience at Yas Marina, Abu Dhabi, for the winner.

Andrew Evans · Apr 24, 2020· Comments
A new set of Gran Turismo Sport Daily Races is now available, with the unannounced change to a four-weekly cycle now seemingly the standard from this point forward.

Andrew Evans · Apr 24, 2020· Comments
Following on four weeks from the last set, a new set of Daily Races is now available in Gran Turismo Sport as players get used to the new scheduling for the 2017 title.

Andrew Evans · Apr 24, 2020· Comments
For the first time in nearly a month, there’s a new set of Daily Races in Gran Turismo Sport for players to enjoy for the foreseeable future.

Andrew Evans · Apr 24, 2020· Comments
It’s the inevitable fate of any game that, once it is succeeded, it will eventually wither away as support is withdrawn. While this process usually takes months at a minimum, GT Sport seems as if it could be sidelined in record time.

Andrew Evans · Apr 24, 2020· Comments
Despite being superseded by Gran Turismo 7, GT Sport’s Daily Races seem to be continuing on their weekly cycle — for the time being at least.

Andrew Evans · Apr 24, 2020· Comments
Although Gran Turismo 7 is now out, GT Sport shows no signs of slowing down any time soon, with a new set of Daily Races now available to players.

Andrew Evans · Apr 24, 2020· Comments
Gran Turismo Sport will finally be superceded by Gran Turismo 7 this week, but there’s still plenty to be getting on with in the current title — starting with a new set of Daily Races.