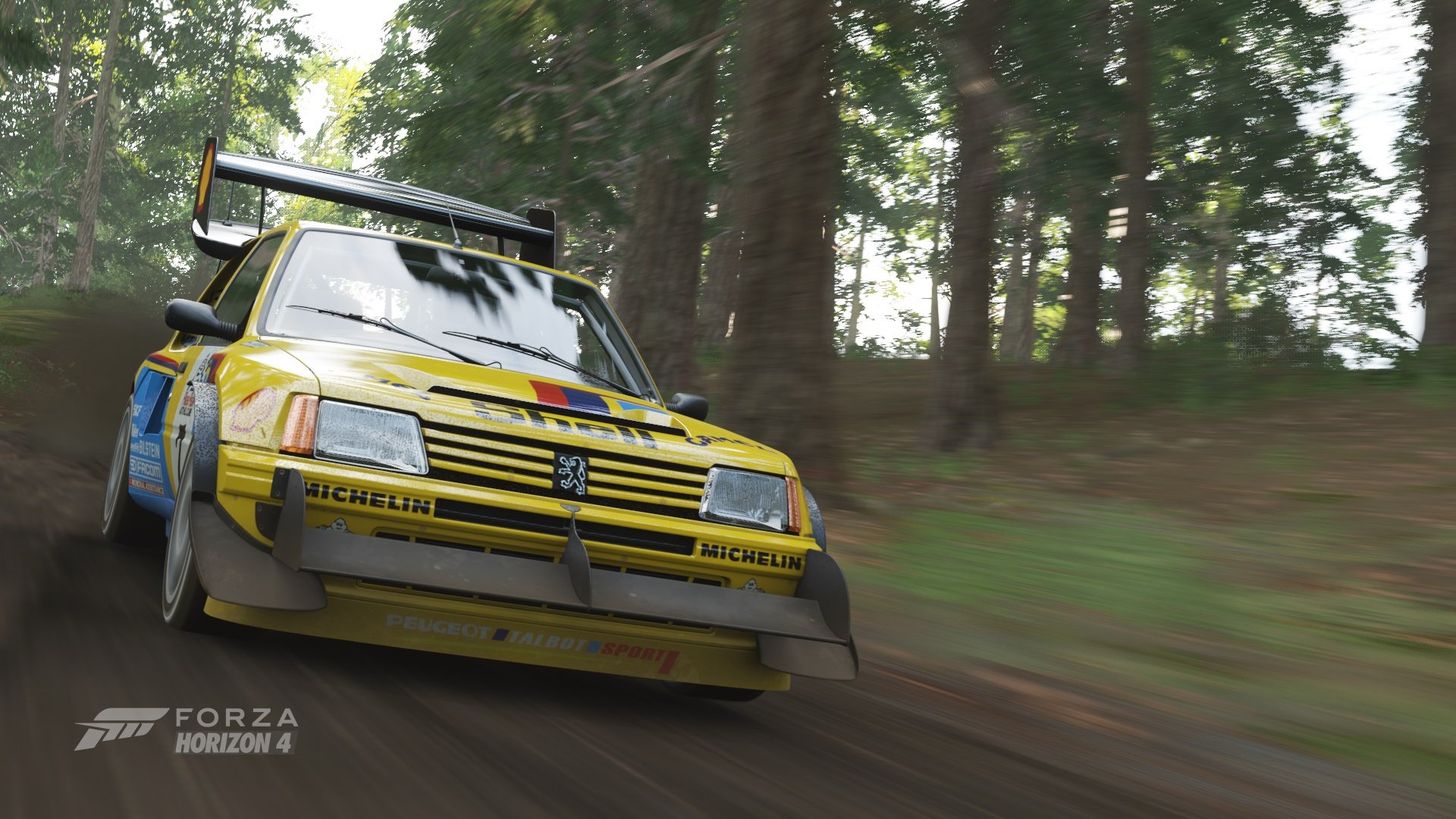 EDITOR UPDATE: Microsoft released player figures of its own on Wednesday, October 10. According to the PR blast, over two million players have explored Britain since release, covering 822.7 million miles between them. The rest of the article remains unchanged.

It’s been a busy week for Forza Horizon 4. The same goes for its community: over 1.3 million players have taken part in the game in the first seven days its been available.

Player counts are an increasingly common metric in the video game world. While they don’t provide the same sense of commercial success as sales figures, it’s a number that arguably has more of an impact on us, the players themselves. This is especially true in the age of online multiplayer.

The racing genre has had some big figures this year. Gran Turismo Sport hit 5.5 million players mid-July, an impressive figure for a game not even a year old. Meanwhile, with more lead time, Forza Horizon 3 clocked a gargantuan nine million players.

It’s early days, but it looks like FH4 is well on pace to match its predecessor. We’ve taken a look at one of the game’s earliest challenges — one which involves stunt driving a Chiron for a movie production — and the leaderboard shows over 1.3 million players have flung the Bug through a windmill: 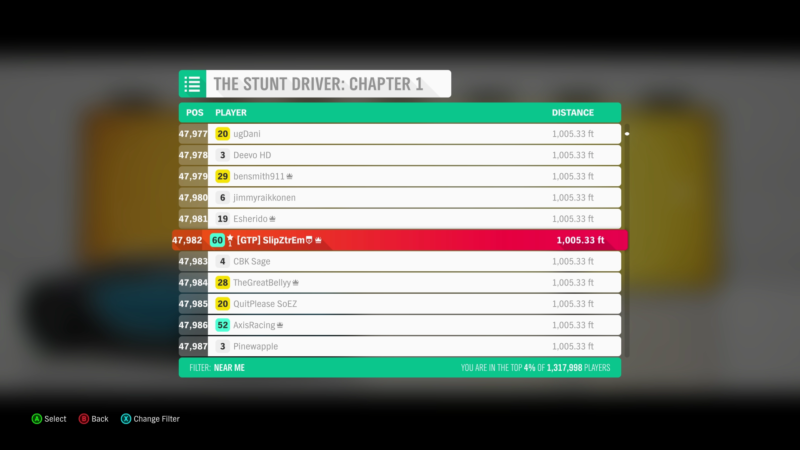 That’s a great start for Playground’s latest. As the event isn’t even the first in the game — and players can, in theory, skip it — the actual player count could be higher still. A peek at the leaderboard less than 24 hours earlier had it at 1.17, meaning roughly 150,000 players completed the event since. It’s important to note this total does not include FH4 demo players, either.

Xbox Game Pass has undoubtedly helped this figure too. FH4 has been available from Tuesday on Microsoft’s Netflix-style game service. Those that pre-ordered the Ultimate Edition have been playing since last Friday.

Horizon 4 has garnered its fair share of critical acclaim, sitting at 92 on Metacritic. We rated it quite highly in our GTPlanet review, too. Players have just entered the shared autumn season for the first time, and the game’s first big update, due in three weeks, will encourage even more creativity via the Route Creator.

Enjoying the game so far? Curious about what the community thinks? Pop by our dedicated Forza Horizon 4 forums to discuss all the latest about the title.

Gary Slater · Oct 5, 2018· Comments
January may be in the closing stretches, but Winter has returned for another round in Forza Horizon 4. Through the blizzards and the snow drifts, everyone at the UK festival continues to battle through the elements in order to seek out the latest events.

Gary Slater · Oct 5, 2018· Comments
As the rain begins to pour across the UK, a brand new Autumn season is revving up to take charge at the festival in Forza Horizon 4. Players are prepared to brave the muddy elements as there’s more events waiting to be conquered.

Gary Slater · Oct 5, 2018· Comments
A new Summer season has rolled around again to kick off a fresh series in Forza Horizon 4. We’re in the opening stage of Series 57, with another round of prizes waiting to be claimed during the next four weeks.

Gary Slater · Oct 5, 2018· Comments
It’s a new year, and Forza Horizon 4 is kicking off 2023 with a brand new Spring season at the UK festival. We’re also saying goodbye to Series 56 this week, with a final dash to pick up the remaining cars waiting to be claimed.

Gary Slater · Oct 5, 2018· Comments
Winter has settled across the UK once more, as festivalgoers are preparing to see off 2022 and welcome the new year in Forza Horizon 4. Along with the Hogmanay festivities, players are digging amongst the snow to grab the latest batch of prizes before 2023 arrives.

Gary Slater · Oct 5, 2018· Comments
Autumn takes a hold over the UK for another week in Forza Horizon 4 during this Christmas period. If you’re unable to make it to the festivities in Mexico, there’s still plenty of activities to keep you busy from wrapping presents.

Gary Slater · Oct 5, 2018· Comments
The countdown to Christmas is on, and Forza Horizon 4 is kicking off the preparations with a brand new Summer season. We’re now into Series 56, meaning that there is a freshly baked remix of content across the festival that will help see players into the new year over the next four weeks.

Gary Slater · Oct 5, 2018· Comments
The festive spirit is kicking up a gear as attention begins to turn towards the holidays. To help out, the UK festival is welcoming in a new Spring season to Forza Horizon 4. We’re also into the last season of Series 55, with a last push for the remaining content for this week.

Gary Slater · Oct 5, 2018· Comments
As 2022 begins to enter the closing stages, Forza Horizon 4 welcomes December with an apt Winter season. With festive plans beginning to take shape, players are continuing to hunt down the latest events.