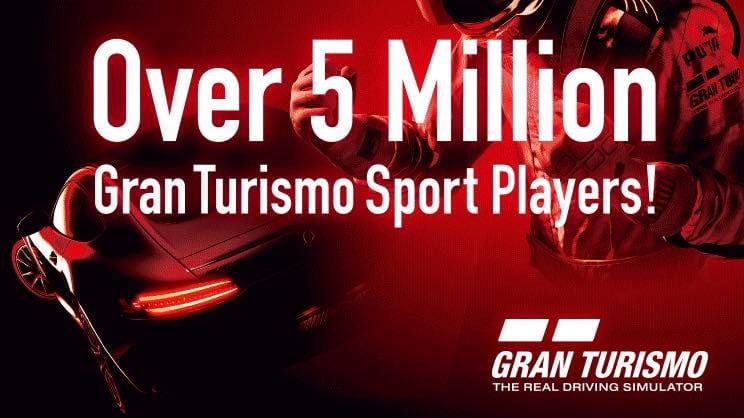 Back in May, we reported that the game had sold around 3.3 million copies, and now Kazunori Yamauchi has confirmed via Twitter that GT Sport has amassed over 5 million players worldwide.

With the official FIA Online Championships well underway, along with regular content updates, the player base appears to be holding strong.

Whilst no updated sales figures were provided, the data could suggest that GT Sport is on its way to outselling GT6, the lowest-selling game in the franchise with 5.2 million copies.

As with any sales or player statistics updates, there’s a lot of discussion and debate about the numbers in our forums, including how these numbers compare to those shown by third-party GT Sport data collection sites like Kudos Prime and JasonGuernsy.net.

With July’s content update being teased, it’ll be interesting to see if the new features and FIA Online Championship can bring more players to the game throughout the rest of the year.