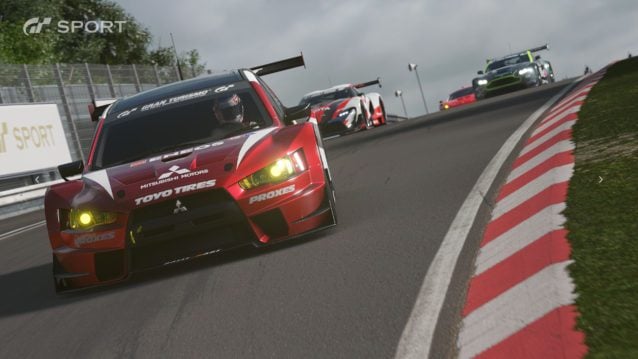 While Gran Turismo Sport may no longer be scheduled for release this month, that hasn’t prevented the veritable explosion of news coming out of the PS4 Pro event in London which came to an end this past Thursday.

Eurogamer’s Martin Robinson communicated what the improved console brings to the table with Gran Turismo in mind. Kazunori Yamauchi confirmed that GT Sport running on the Pro will be the first game in the series to accurately reproduce colors that were outside of the capabilities of previous console hardware, chief among them being Ferrari’s distinctive red.

It’s all thanks to the game’s utilization of the BT.2020 color specification, which provides a more vibrant color range. “With Gran Turismo Sport on Pro, the red of the Ferrari is accurately represented. All the McLaren cars, the colour is outside of the colour space that’s been represented in the past.”

For those interested, BT.2020 is a digital standard in the Ultra HD space that addresses the color space limitations in today’s available high-def televisions.

The current standard is 8-bit, meaning there are 256 shades of red, green, and blue each, for a combined total of 16.78 million. While that may sound like plenty, the BT.2020 standard currently mandates 10 or 12-bit color reproduction. 10-bit would offer 1,024 shades for a total of 1.07 billion colors, while 12-bit would offer 4-times that at 4,096 shades for a total of 68.7 billion. With this in mind, it’s clear to see how the new technology could reproduce the more nuanced paint jobs found on GT’s cars.

Furthermore, GT Sport will be “future-proof” when the topic of HDR is considered. Utilizing BT.2020 to its fullest, the engine will support up to 10,000 nits of brightness. Modern day sets are considered above average if capable of achieving more than 1,000 nits. The end result being it will be a considerable length of time before TV’s are able to catch up and take full advantage of the game engine.

It doesn’t end there: further news coming from the event is GT Sport will support 4K resolution and a 60 fps frame rate using 1800p Checkerboard Rendering.

The basic idea being half of the pixels in a frame are rendered, while the remaining pixels are then reconstructed from a previous frame of data. What this means is the game will be rendered at 1800p (3200×1800) and the resulting image will be of higher quality when everything is said and done.

Kazunori asserts that the human eye would struggle to differentiate between 1800p and 2160p when in motion, thus the decision was made to prioritize the game’s stability over the additional 18% resolution gain, as detailed by Stefan L. of TheSixthAxis. 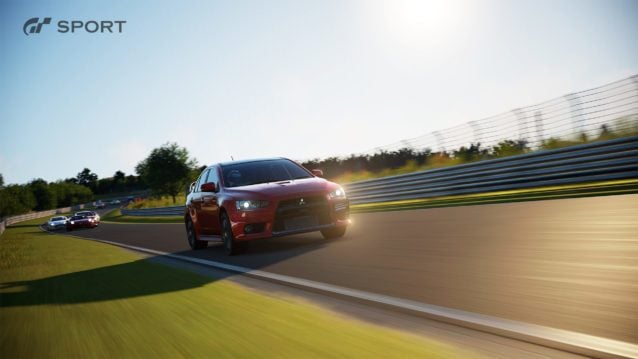 GT Sport is undoubtedly proving to be the most advanced entry in the franchise as more details are shared on the title expected to release sometime in 2017. Polyphony has updated the official webpage for the first time since the announcement of the game’s delay with more details on the matter.

Head on over to the GT Sport forum section to discuss this, the possibilities of the game running on the souped-up PS4, and more about the game with other fans.