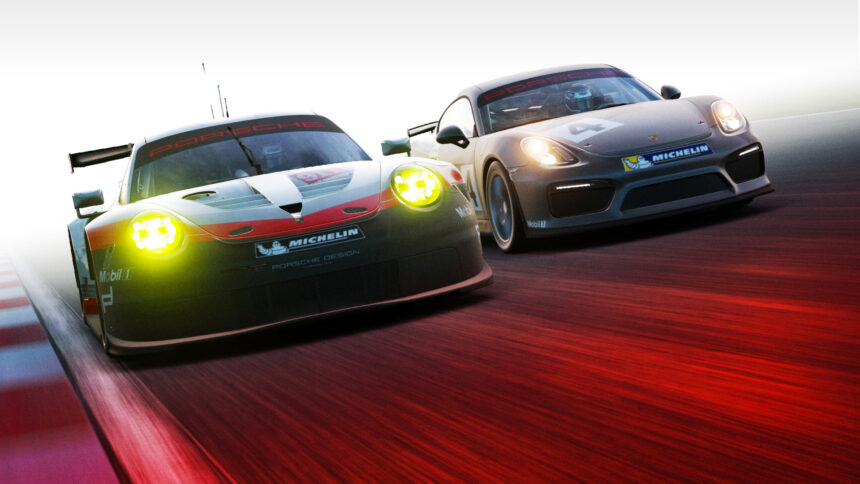 Porsche Motorsport Japan has announced on its Facebook page an exclusive competition for GT Sport players in the nation.

The event, called “GT Sport Porsche Esports Racing Japan” (PERJ), will run over the next few weeks. Following the online qualification races, the top players will then face each other in the real world at the Porsche Sportscar Together Day 2019 in June. There they’ll race again, for a trophy they’ll receive at Porsche’s annual “Night of Champions”, in Tokyo towards the end of the year.

Naturally, each round will use Porsche cars only. The schedule is as follows:

Each race gets underway at 8pm Japan Standard Time, with entry open 15 minutes beforehand. There’s no details on the length of the races, or any qualification procedures or tire grade, tire use, and fuel use information at this time.

The points from all three races will go towards determining player ranking. In order to attend the Porsche Sportscar Together Day, at Fuji Speedway on June 15-16, you’ll need to finish in the top 10.

Although only open to players in Japan, it’s one of two manufacturer exclusive esports events running in GT Sport at the moment. The other is the Toyota GR Supra GT Cup, which is open to players from around the world and will run 13 rounds through to October 2019.

It’s also not the only esports event in GT Sport for Japanese players alone. The game is one of three that the Japan National Sports Festival has chosen for the debut of esports in the nationwide celebration of culture. This will culminate in players representing their home Prefecture on the national stage, also in October 2019.

Gran Turismo Sport 1758 Jul 1 by Andrew Evans
The second stage of the official Gran Turismo Sport 2020 FIA Online Championship comes to a close this weekend. That means we’re only a few days away from the third…

Gran Turismo Sport 259 Jun 22 by Andrew Evans
Three more Daily Races have arrived to mark the new week in GT Sport, and the line-up is a pretty unusual one. Of the three, it’s Race B that provides…