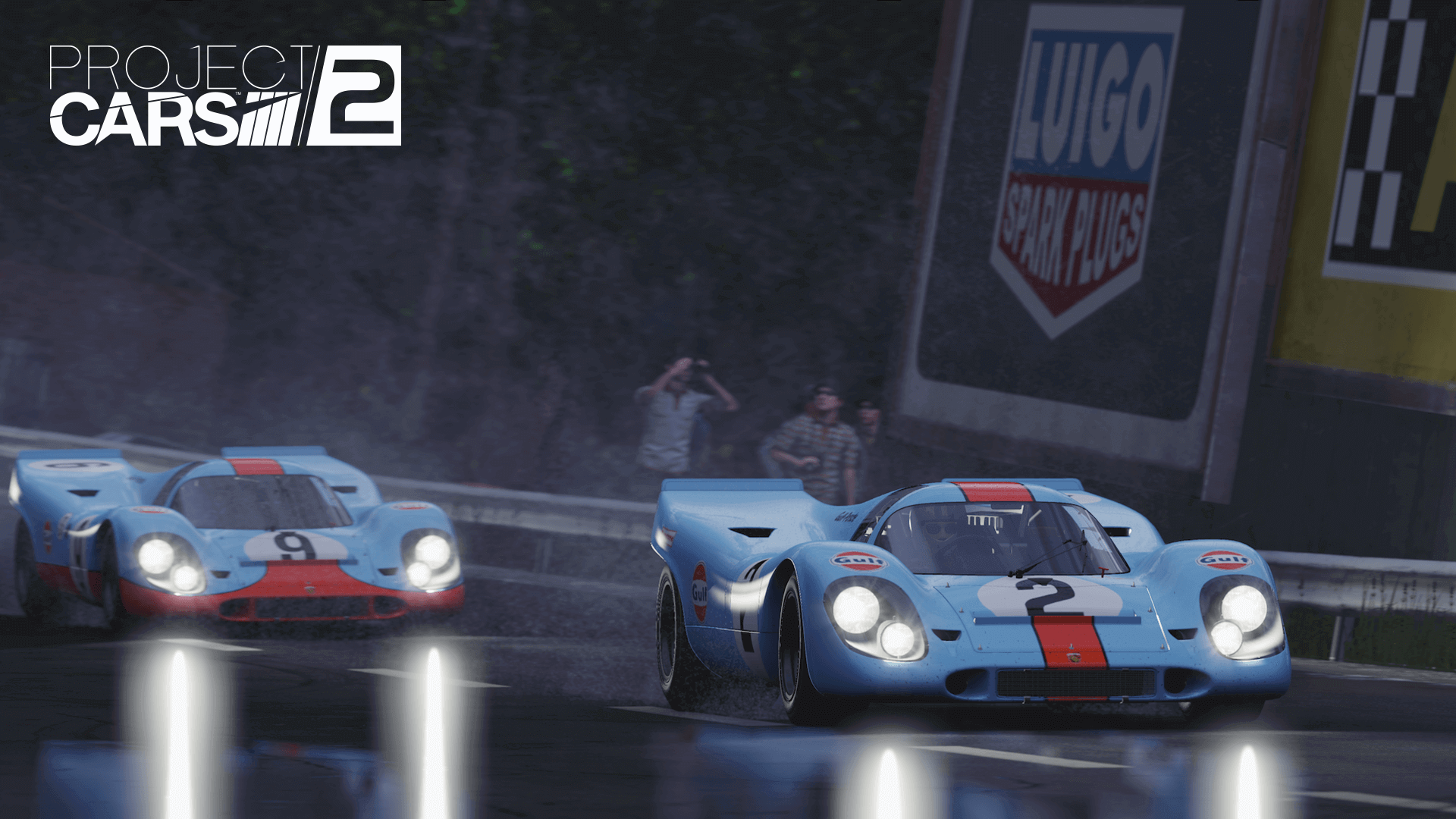 The second expansion for Slightly Mad’s sim racer, the Porsche Legends pack follows the appropriately-named Fun Pack. As the name implies, it’s all about the Stuttgart marque. You’ll find nine new cars, plus Porsche’s own FIA-certified track at Leipzig:

The pack leans heavily on Porsche’s racing roots, with seven of the nine cars calling the track home. Even the two road cars — the exceedingly rare 959 S and the howling Carrera GT — have strong motorsports ties.

If you aren’t a PCARS2 Season Pass holder, the Porsche Legends pack will run you $9.99 (£7.99 / 9.99€) on your platform of choice. If you do have it, this is the second of four packs it will cover. Going by the schedule so far, the next pack should arrive in June. How appropriate, since a leak suggested it’ll be themed around Le Mans…

You can find out more about the Porsche Legends cars below.

Just look at it up top. How good does it feel to see the 917 Kurzheck (“short tail”) in a racing sim, complete with iconic Gulf livery? When it won Le Mans in 1970, the 917K started Porsche’s dominance at the famous 24-hour event. To this day, Stuttgart reigns supreme, with 19 overall victories to its name. 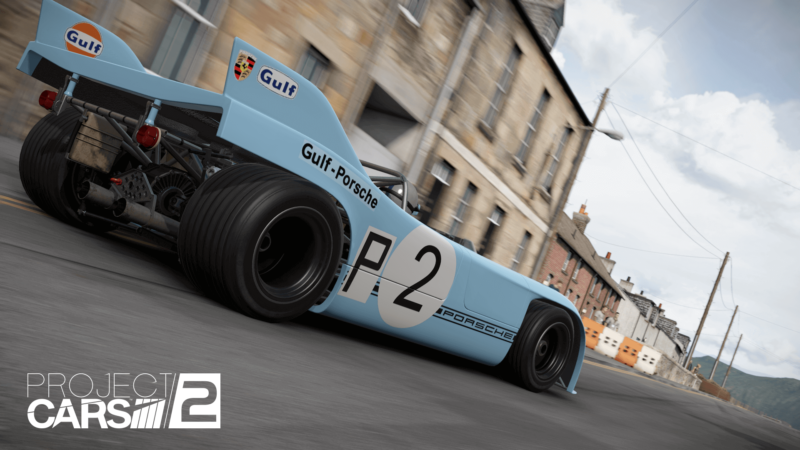 Racing cars tend to be light. The 908/03 takes that to a whole other level though. Despite carrying a 3.0-liter straight-eight in the middle, the car tips the scales at only 1200lb. That makes even an Elise look like a Veyron by comparison. It shared the track with the 917K at the time — now you can do the same in Project CARS 2.

The Can-Am killer has arrived. Boasting four-digit horsepower figures and 17-inch wide tires, the 917 is an utter monster. Those tires are practically half of the car’s total width! This will be, without a doubt, the toughest car to master in the pack. Can you do it?

Despite all the tasty motorsports icons Porsche has produced over the years, it’s still known best for the 911. And this 1973 model may be the best of the breed. With a sweet-singing nat-asp engine and that little ducktail spoiler, this is the basic shape that’s lived on over the years with companies like Singer emulating it.

Fun fact: the road car on which its based was the first car Porsche ever produced with wider rear tires than fronts. 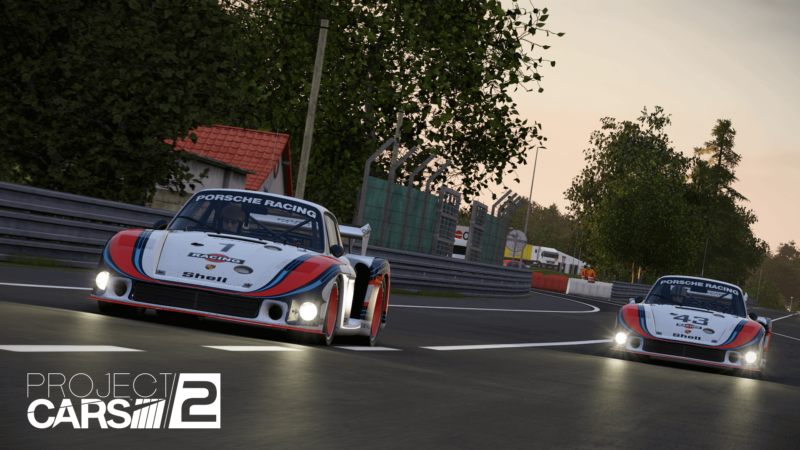 Two takes on the same model, the 935 is an evolution of Porsche’s turbo 2.1 RSR Le Mans prototype. Combining massive turbo power with equally outrageous aero — bless the Group 5 regulations — they’re sure to be popular options.

The S variation of the 959 is a rare one. The original car was a technological tour-de-force, but was somewhat overshadowed when the F40 arrived shortly after. The Prancing Horse was the first production car capable of cracking 200mph you see, while the 959 stopped just shy. Porsche addressed that with the S, turning up the boost to push that 2.85-liter engine to 515hp and a 211mph top clip. 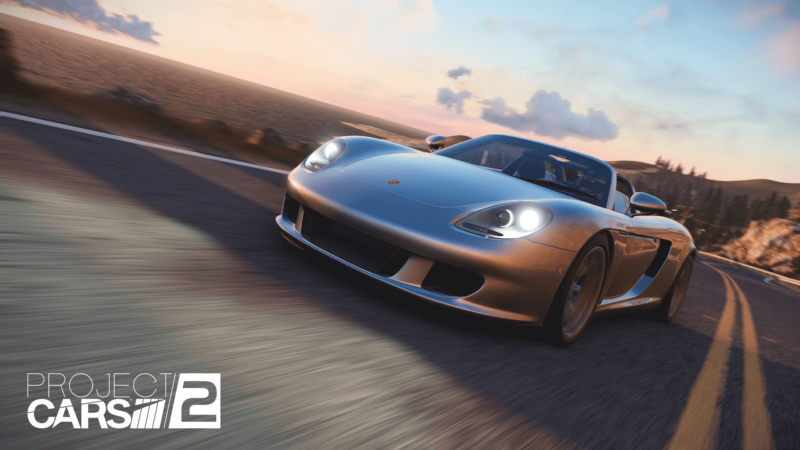 After the 911 GT1’s run at Le Mans in the late ’90s, work started on the next prototype at Porsche. Using a previously-shelved V10 engine originally planned for the Footwork F1 team, the project was stalled when Porsche higher-ups diverted money and talent to the Cayenne project.

As luck would have it, that crossover brought in the money that made the stunning 2000 Carrera GT concept a reality four years later. With just over 600hp coming from that 5.7-liter ten-pot, and a 917-aping wooden shift knob, the Carrera GT is a modern legend.

We end the pack with a car that’s becoming increasingly common in the sim racing world. That’s a bit ironic, since it’s a rarity for Porsche; a mid-engined 911 is practically a German unicorn. With the traditional layout pushed to its limits after decades of racing, and the need for a massive modern diffuser, the RSR nudges its 4.0-liter powerplant forward. GTE is already a well-represented class in PCARS2 — we expect the 911 will feel right at home.

398 Comments
Click here to see the related discussion our forums...