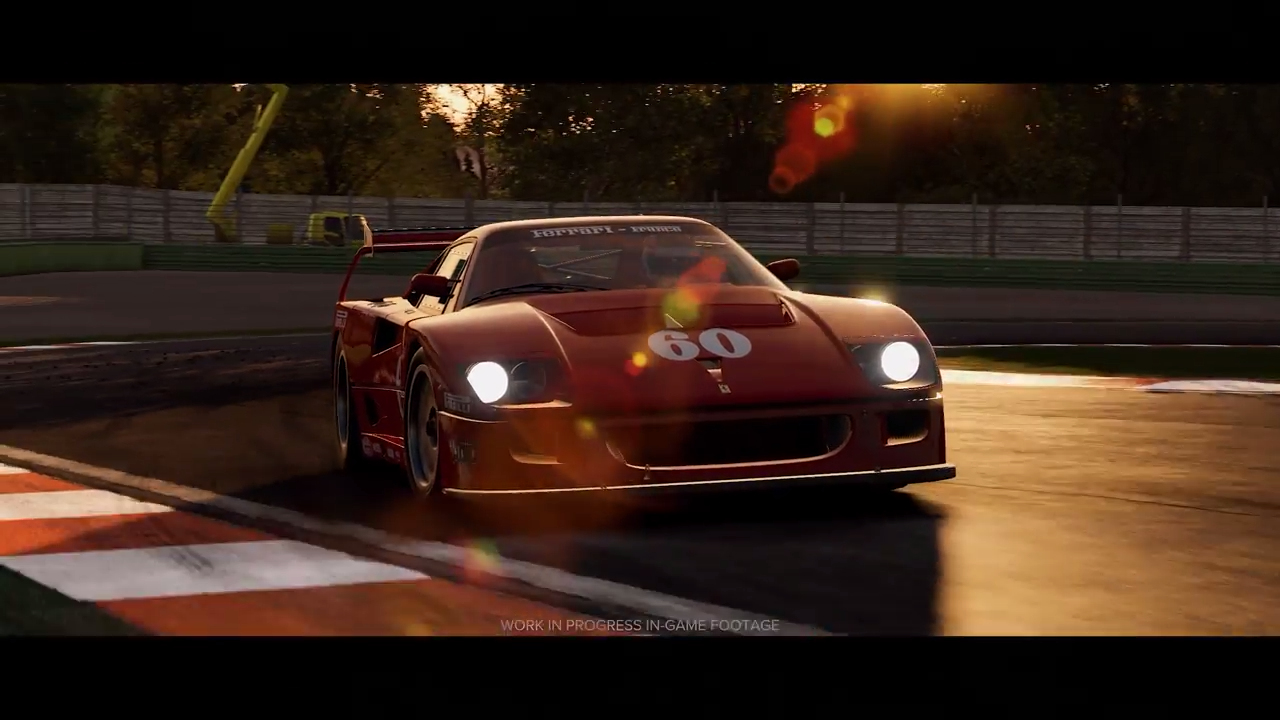 If you heard the news we broke yesterday, this may not surprise you. But now it’s official: we’ll be careening around race tracks from all over the world in Project CARS 2 this September.

The news first came in a post about Porsche, where developer Slightly Mad Studios accidentally let slip the September 22 date. The post was quickly changed to “late 2017” but the cat had still been momentarily let out of the bag.

The now-official date comes by way of an E3 sizzle trailer that popped up on the PCARS YouTube account. The video not only reveals the release date, but also gives us a glimpse of some of the new machinery we can expect to pilot this fall. Our eagle-eyed community has already picked out a few of the new offerings:

Watch the video for yourself and see if you can pick out any new additions to the game! Let our community know in the Project CARS 2 section of our forums as we continue to unravel the trailer.

The video also shows off new circuits. Texas Motor Speedway is one such new reveal, as well as the historic layout of the Monza circuit in Italy. The latter is a popular inclusion in rival sim racer Assetto Corsa.

SMS head honcho Ian Bell, who himself predicted a “Septemberish” release window way back in January, expressed his mutual excitement by commenting, “Giving it large!” Now that we have confirmation on a release date for the highly anticipated sim racer, we can look forward to even more info to be revealed at E3. The Electronics Entertainment Expo takes place next week, and we’ll be on location covering the madness.

Gary Slater · Jun 8, 2017· Comments
Racers on Xbox One can look forward to a titan of a racing game this April as part of Microsoft’s monthly “Games With Gold” program. Previous big-name titles that have gone free as part of Games with Gold include Forza Motorsport 6 and its open-world counterpart, Forza Horizon 2.

Kyle Patrick · Jun 8, 2017· Comments
The premiere yearly Project CARS 2 esport series is back for 2019. There’s €20,000 in prize money up for grabs, and the return of fan-favorite multi-class racing.

Kyle Patrick · Jun 8, 2017· Comments
Has it been a year already? Project CARS 2 celebrated its first anniversary recently. To get in on the festivities, we’re invited the community to share its best memory of the game in photo form!

Kyle Patrick · Jun 8, 2017· Comments
If you loaded up Project CARS 2 earlier today — and you’re in Australia — you may have noticed a rather large update available. Weighing in at 4GB or so depending on platform, the size and timing make it clear: the horses are coming.

Kyle Patrick · Jun 8, 2017· Comments
All the pretty horses. With news of a certain Prancing Horse marque’s upcoming DLC popping up over the weekend, we thought it was high time to focus on Ferrari in this, our latest Project CARS 2 Photo Mode Competition.

Kyle Patrick · Jun 8, 2017· Comments
Things have been a little quiet on the Project CARS 2 front of late. Luckily that’s come to an end, after the Xbox Store inadvertently released a trailer for the game’s next DLC pack.

Kyle Patrick · Jun 8, 2017· Comments
Have we really hit 20 iterations of our modern photo mode competitions? To celebrate, we’re casting a wide net this round, eschewing a theme to find the best shots out there.