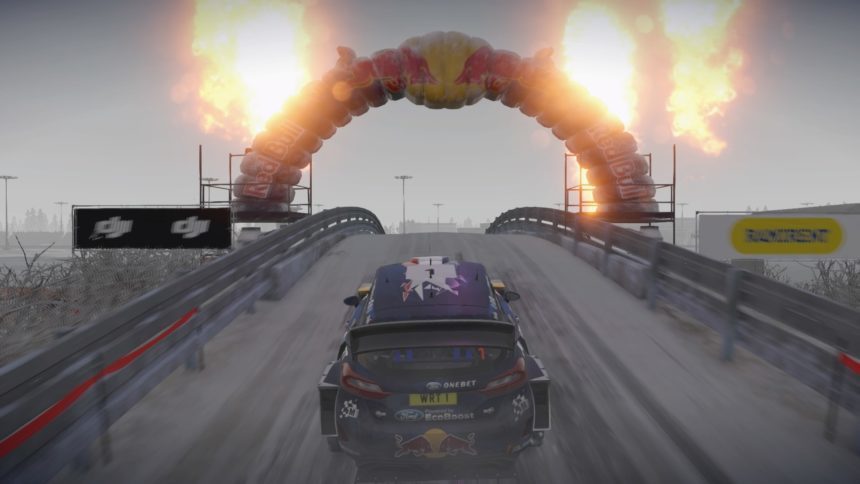 Round 3 of The WRC Esports Championship is Now Live

The next round of the WRC Esports Championship is now live for players to give a go. After a speedy trip to Germany last week, focus shifts over to the snowy banks of Sweden.

Rally Sweden offers a wintery challenge complete with a proper Super Special Stage and a daunting Epic Stage. After the previous two rounds featuring a regular Special Stage, this is a chance for competitors to show their true sprint pace. 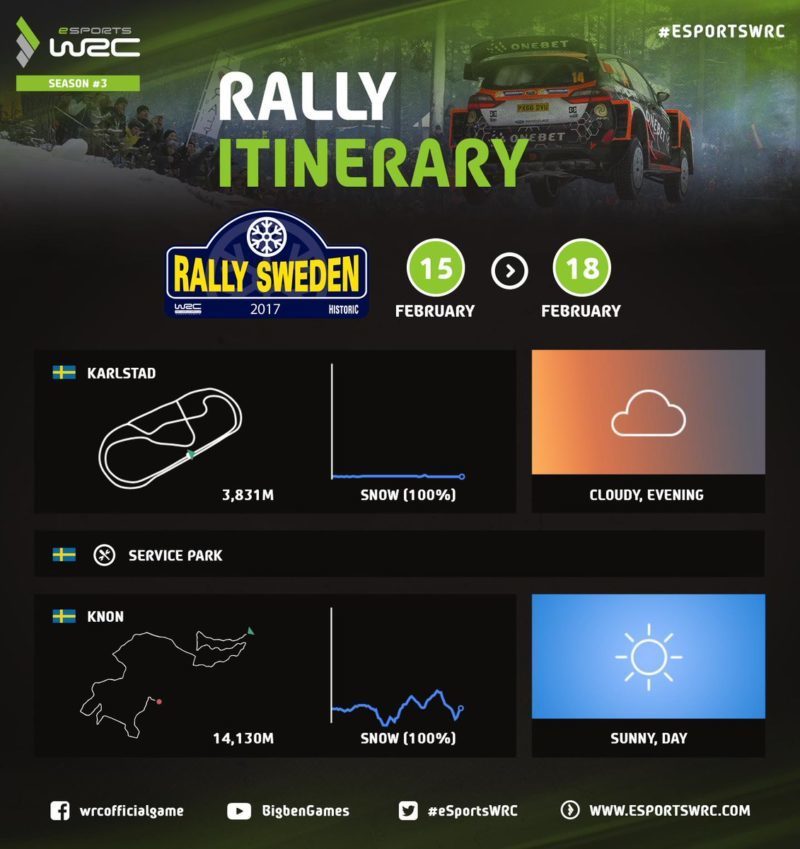 Karlstad is one of the most fun SSS challenges in the game with looping turns and many chances to let loose on the handbrake. The 3.8-mile event might not offer as much potential time over your opponents as a good performance at the Epic Stage but it shouldn’t be ignored either. Falling behind at the first hurdle could lead to a plummet down the rankings.

Knon on the other hand, is a matter of survival. As with all the Epic Stages, this throws everything a location has to offer at drivers. In the case of Sweden, this is snowy banks and plenty of roadside obstacles to give a sense of fear during your drive.

After having a torrid time at Monte Carlo, I’m personally not looking forward to this one. The one benefit this rally has over Monte is that the roads aren’t littered with as much ice, so tame the snowy environment to put in a good time. This is a long one, coming in at 14.13 miles and requiring the full concentration of its drivers. Don’t let the power behind the WRC machines catch you by surprise.

Round 3 starts today and comes to close on February 18. Players get five attempts to put in their fastest time, with the best overall combined time being listed on the final leaderboard. If you want to compete, you can find the event straight from the main menu under the “Challenge” option. Results and championship standings will be updated on February 19 and shared on the various WRC game social media channels.

Gaming 20 Jul 9 by Andrew Evans
A patent filed by Sony Interactive Entertainment earlier this year suggests that all previous PlayStation games might become available via a new, unnamed service on PlayStation 5. The Japan Platform…

Gran Turismo Sport 377 Jul 6 by Andrew Evans
GT Sport has flipped its 2020 yearbook into a new week, and that means it’s time for a new set of three Daily Races. The mix is the typical spread…