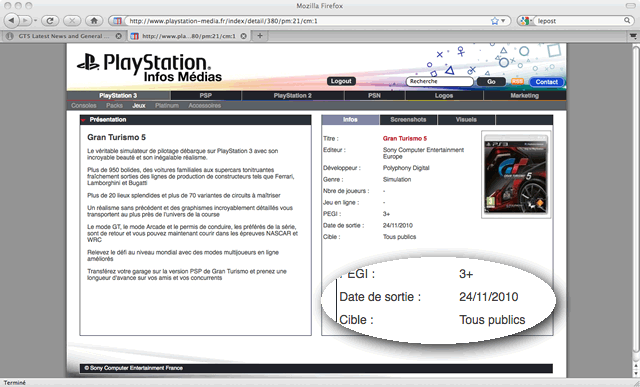 French gaming site JVN noticed a recent update to Gran Turismo 5’s product information on Sony Computer Entertainment France‘s press site: it shows a release date of November 24, 2010. The website requires French media credentials for access, but GTPlanet Forum user jujub was able to independently confirm the news by sharing the screenshot that you see above. As many of you know, the November 2nd release date for the United States was announced E3 2010, but Sony has been quiet on specifics for other regions – most notably Europe. Until an official statement is made (most likely at at Gamescom 2010 in Germany, August 18th), this is our most reliable indication of the company’s plans.