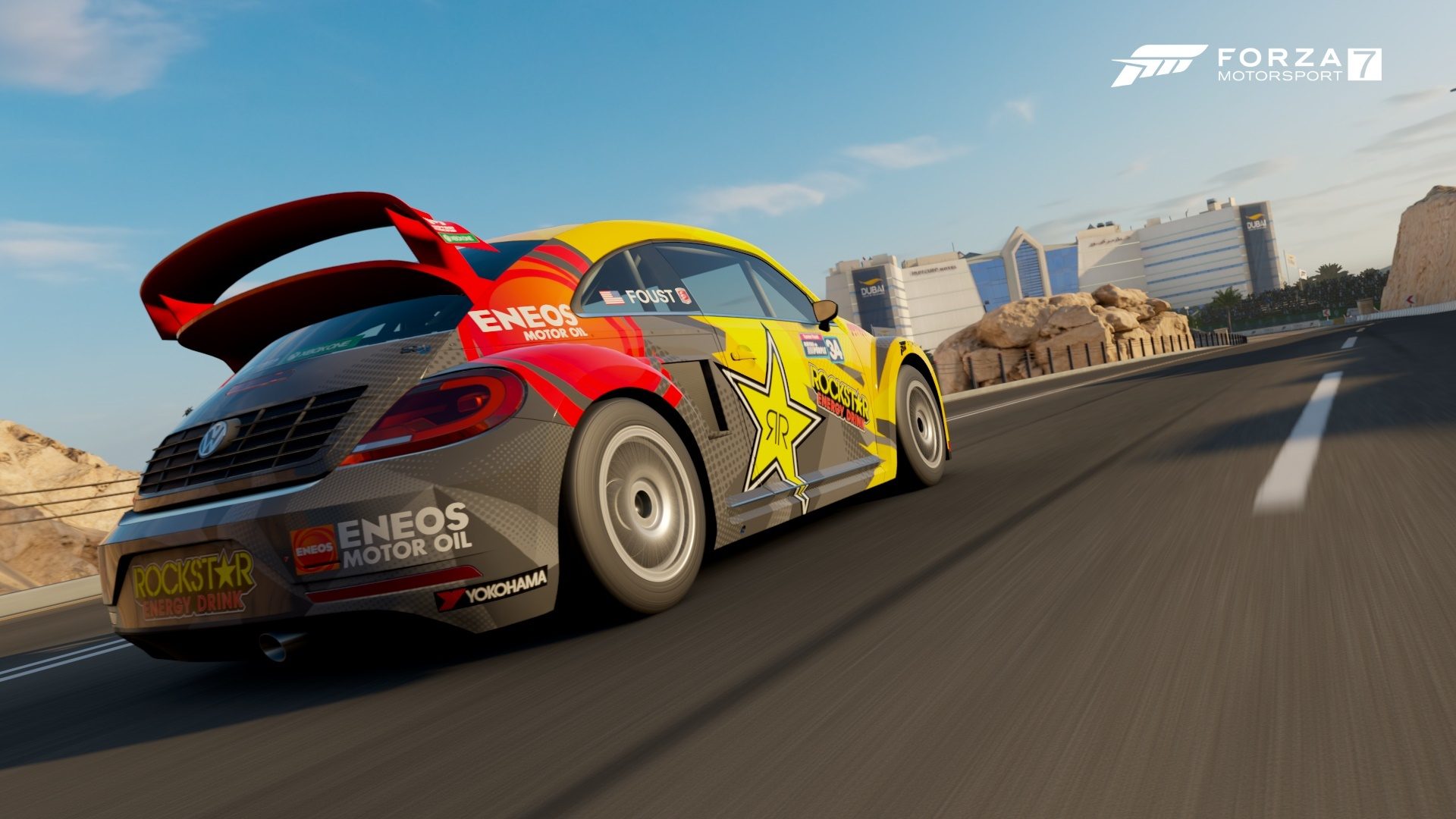 With the ForzaRC season in full swing for 2018, Turn 10 has set the Forza community a new challenge this week. Following a five-pronged Bounty Hunter challenge, the latest target set by Turn 10 is rallycross driver Tanner Foust.

Turn 10 has plenty of prizes up for grabs to participants, including new driver gear and up to three prize cars. Set any time during the event and you’ll receive a 1995 Volkswagern Corrado VR6. Get within two seconds of Foust’s final time, and you’ll be rewarded the Disco Driver Gear.

Finally, beat Foust and you’ll have a 1973 Pontiac Trans-Am waiting in your garage. Those wanting to compare their performance against Foust’s will want to add his Gamertag: SweetTFoust34. At this time of writing, Foust has yet to set a time, but be sure to keep track on his progress. At least he’s promising to be an easier target than Josef Newgarden was.