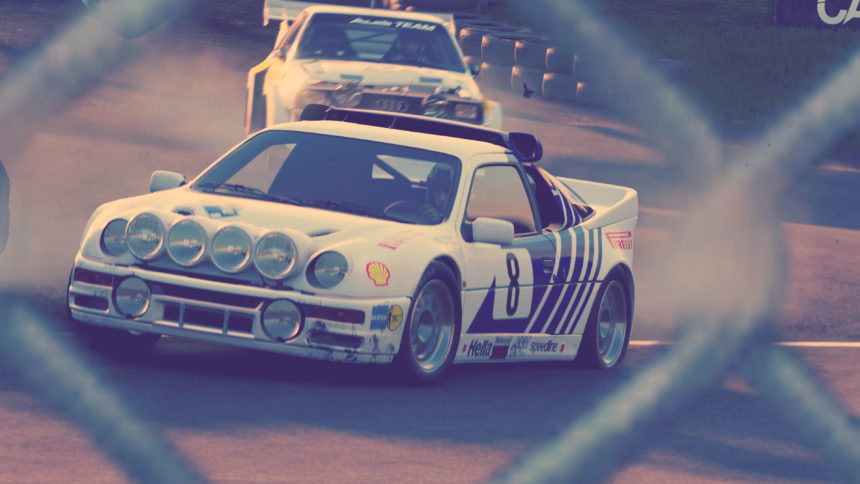 Project CARS 2 players received the first bit of the game’s DLC last week, with the surprise release of the Fun Pack. We’ve spent some time with the content of the pack, and come back with a verdict: it’s an appropriate name.

We’ve started with some brief test drives of three of our favorite additions. As luck would have it, they’re all Blue Oval rides, starting with the star of the latest Community Event.

We’ll admit, we were skeptical when SMS first outed Brocky’s inclusion. Sure, the F-150 in the game can be a hoot — “Funhaver” is also a good name — but could the Bronco-turned-buggy live up to the standard of the other cars in the pack?

In a word, yes. We’ve blagged it around the Mojave Sidewinder layout, as per the Community Event that’s going on right now. It’s a great combo: not only is it available to those that haven’t bought the pack (so, a test drive of sorts), but Brocky is a big, loveable bundle of horsepower.

Despite those power levels, it’s a cinch to drive. The soft suspension and big knobbly tires telegraph the car’s attitude clearly, giving you plenty of time to respond to what’s going on at either end. Saying that, it still requires a lot of skill to extract a genuinely fast lap — especially because you’ll be too busy having exactly what the pack’s name suggests.

For this Group B legend, we took in one of the new circuits: Brands Hatch Historic Rallycross. It’s unfamiliar, especially as it cuts Paddock Hill short.

The RS200 provides quite a huge jump up in speed after Brocky, and doesn’t suffer fools. Get overzealous with the brakes, and the car will rotate like an old 911, as the rear sniffs out the nearest barricade. But an autocross track is a great, fast-paced intro to the Evo. It requires constant slight inputs, be it wheel or pedals, to extract the best lap times.

Ah, the classic Mustang. Landing somewhere between the others in terms of speed and friendliness, the Mustang felt like the perfect companion for a autumn blast around Watkins Glen.

Getting the car rotated early and hooked up is key here. Once it’s (more or less) straight, dropping the hammer has it rocketing out of the quick corners. It’s straight-forward without being boring, and that classic V8 sound — even if seemingly cribbed wholesale from the stock ’66 — is always a welcome backing track.

Project CARS 2 DLCProject CARS 2 Videos
7 Comments Discuss this post in our forums...
Can You Beat the Impossible Gran Turismo Quiz?