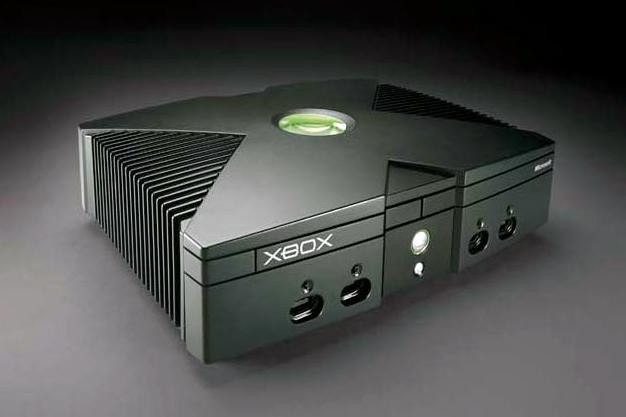 The Original Xbox Launched on This Day 15 Years Ago

Today marks an important anniversary for console gaming as a whole. You see, it was on November 14 a decade-and-a-half ago that Microsoft entered the ring with the first Xbox.

Originally unveiled at CES 2001 by then-CEO Bill Gates and released in November of the same year in the US, the original Xbox was Microsoft’s first foray into the console gaming market, entering the sixth generation alongside Sony’s PlayStation 2, Nintendo’s GameCube, and the short-lived Sega Dreamcast.

What began as a Frankenstein project involving disassembled Dell laptops, the Xbox was the company’s first standalone effort after previously working with Sega to support Windows CE on the Dreamcast. The original Xbox is responsible for pioneering a number of innovative features that would set the tone for future generations of console gaming.

Among others USP’s, the Xbox was the first home console to feature an 8 or 10 GB internal hard disk drive. While a common, expected addition in today’s age, back in 2001 such a feature negated the need for the more commonly used memory cards.

In November 2002, Microsoft launched the fee-based Xbox Live service as online gaming was acknowledged as one of the key pillars in the console’s strategy. This enabled subscribers to connect with other players and download new content via a broadband connection. It’s worth pointing out that Microsoft weren’t the first to bat with the idea: that honor goes to the Sega Dreamcast, which also included online support out-of-the-box.

However, where the Dreamcast failed the Xbox would succeed. Because of Xbox Live’s success the console was able to gain a foothold in online gaming and become a relevant competitor despite being in second place behind the PS2.

While Halo may have the distinction of being a “platform mover” for the Xbox brand as a whole, there’s little denying that a particular racing game by the name of Forza Motorsport shares a similar title. The above review, presented by the familiar face (and voice) of Brian Ekberg, Forza Motorsport was Turn 10’s opening chapter in their efforts to challenge Sony’s racing giant, Gran Turismo.

While Forza’s roster of 231 cars paled in comparison to Gran Turismo 4’s 700+, Forza had a trick up its sleeve: Porsche. No standalone entry in Gran Turismo featured the Stuttgart brand by official means, even to this very day. Realistic damage was yet another feature in the game’s arsenal, giving it another “up” on the competition. The feature wouldn’t be adapted to Sony’s franchise until the 2010 release of Gran Turismo 5.

With several distinct sub-classes for the cars offered, ranging from C to R-P1, Forza offered everything from daily drivers to dyed in the wool racing machines, much like Gran Turismo. The first entry in the franchise offered a mix of licensed and fictional circuits, even including the first taste of night-time racing in the series, a feature that wouldn’t return until 10 years later with the release of Forza Motorsport 6.

As you may have expected, Microsoft has joined in to celebrate the 15th anniversary of their first gaming platform by serving up some particularly interesting stats for the brand over the past 15 years:

Going one further, Head of Xbox Games Aaron Greenberg shared the following video displaying the original prototype of the console.

The original @xbox prototype hardware on our @snapchat story pic.twitter.com/5IweH06lBS

Gamers are encouraged to share their experiences with the #15YearsOfXbox hashtag on social media. It begs the question: what are your personal highlights with the brand?

Forza MotorsportMicrosoftXbox
The original comments for this post are no longer available.
Can You Beat the Impossible Gran Turismo Quiz?

Gran Turismo Sport 47 Feb 18 by Andrew Evans
Polyphony Digital boss Kazunori Yamauchi has revealed some interesting facts about the relationships between Gran Turismo and the car manufacturers who appear in the series. Speaking to Australian media in…

Gran Turismo Sport 1572 Feb 17 by Andrew Evans
GT Sport‘s first World Tour event of the year is still fresh in our minds, but already it’s time to prepare for the next stage. The Pre-Season for 2020 FIA…

Gran Turismo Sport 575 Feb 17 by Andrew Evans
This week’s GT Sport Daily Races will take you to some tight and twisty real world circuits, in the UK and Japan. The UK’s representative is Brands Hatch for Race…