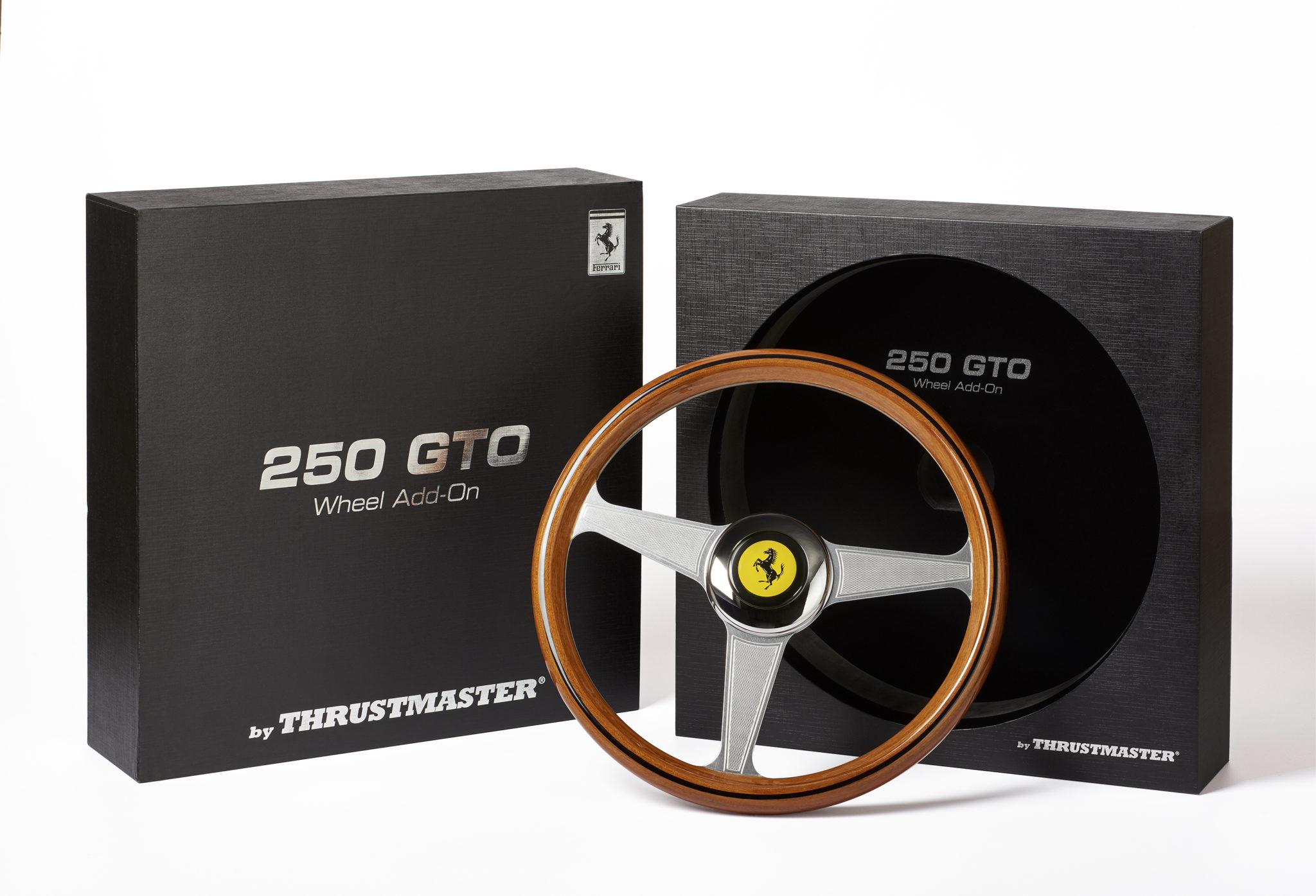 If modern sim racing wheels are just a little too… well, modern for you, Thrustmaster may have just revealed the cure. We present to you the Ferrari 250 GTO wheel add-on.

As you’d expect given the name, Thrustmaster’s modelled the 250 GTO rim after the same one found in the famous ’60s racer. Measuring 13 inches across, the rim is made of genuine wood and metal. It even features an authentic cavallino rampante chrome badge.

Befitting the wheel of such a rare machine (Ferrari only produced 36 GTOs), each rim comes in a collectors’ box. It’s certainly a pretty bit of kit, but we hope those that buy it use it. You know, just as those lucky owners of the real deal still do.

The 250 GTO wheel is compatible with the rest of the Thrustmaster ecosystem. Yes, including the new T-GT. However, its currently listed as a PC-only accessory. With its period-correct lack of buttons, we’d recommend any sim racer looking to install it on their rig keep a keyboard or gamepad nearby. Authenticity will cost you.

Speaking of costs, much like its namesake, the 250 GTO won’t be cheap. It won’t carry an eight-figure price tag, sure, but it will set buyers back $399 USD when it launches December 20. Something to nicely ask Santa for, then.

If you’re looking to pair the wheel with a digital version of the car, you’ve got a few options. There’s both Forza Horizon 3 and Motorsport 7, with the added bonus of many of the other 250-series Ferraris. Meanwhile, Assetto Corsa recently added a corral of Ferraris as part of the marque’s 70th anniversary DLC pack.