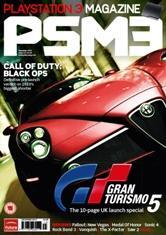 A stream of interesting tidbits have been trickling into our Gran Turismo 5 forum today via several new magazine articles. First up is the December 2010 issue of PSM3 magazine, which provides a few details as highlighted by our own Dessy182: