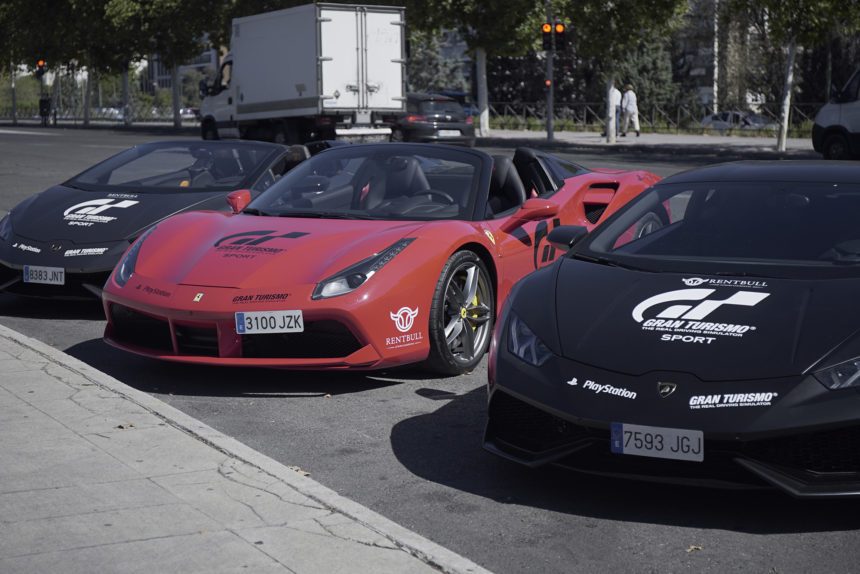 The European GT Sport news just keeps on coming. Earlier today, we reported that Portugal would have it’s own release event and now Spain is joining the party. Starting today and lasting until Sunday, those in the city will have the chance to win special GT Sport prize packs.

Via PlayStation Spain, #CazadorGTSport is a special promotion that anyone in the city of Madrid can get involved in. Three supercars will tour the city coated in GT branding and it’s up to the public to find and snap these vehicles. The exact models to hunt for are:

When you find each, get your selfie face at the ready and snap one with the car in the background. Once you’ve got photos of all three cars, upload the images to Twitter with the aforementioned hashtag and you’re in the running. If your entry is a winner, you could win:

Thankfully, a map has been provided to make the contest a little easier. This shows the exact route that the cars will traverse during the promotion. With a city as busy as Madrid, finding the vehicles will still be a challenge but this at least makes it a bit easier.  Good luck to any of our Spanish readers who take place in the hunt!

Thanks to Freeman_Cruz for the tip!

Gran Turismo Sport 423 Oct 19 by Andrew Evans
After a few complicated races in recent weeks, this week’s new set of GT Sport Daily Races is a return to simpler times. It’s a case of picking how fast…

Gran Turismo Sport 423 Oct 12 by Andrew Evans
A new set of GT Sport Daily Races starts today, with something of a focus on cars with the engine in the middle. There’s three races as usual, with two…