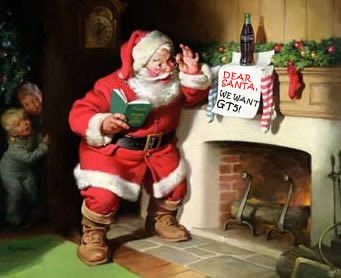 Don’t tell anyone, but GTPlanet has learned the tentative release date for Gran Turismo 5 through an unofficial but extremely reliable source.  Since the date has not been officially published and Sony could still change it at their leisure, we will not be saying anything specific to keep from eating an unhealthy dose of crow.  What we can say, however, is that a 2009 release is almost certain, and the much-publicized Amazon.com date of December 29, 2009 is incorrect.  As it stands at the moment, it is likely the official date will be announced at GamesCom Cologne during Sony’s August 18th press conference.  Stay tuned for more information, and remember: he’s making a list and checking it twice…