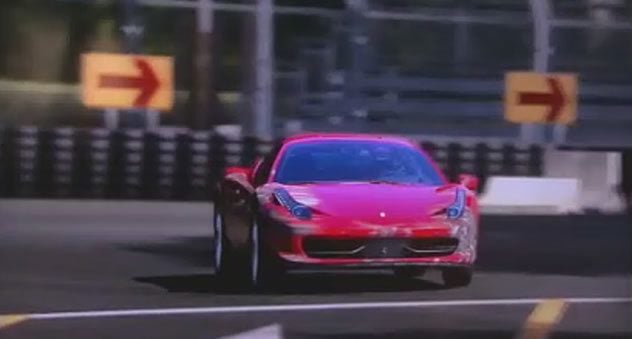 After spending some hands-on time with the Gran Turismo 5 demo at the Tokyo Game Show, IGN editors got the chance to speak with a “Sony rep” who was able to clarify some of the questions about the differences in vehicular damage. Concerns were first raised when Yamauchi specifically mentioned “damage to racing cars”, leaving the door open to speculation that “street cars” in the game may not be so fragile. This notion was reinforced when only Subaru’s WRC rally car showed damage at GamesCom.

Now, at TGS, we may finally be catching a glimpse of what this secondary level of deconstruction actually looks like. As you can see, although body panels do not become detached, they do, to quote IGN editor Greg Miller, show “deformation damage — scratches and stuff”. Greg was also able to reaffirm that all cars will experience mechanical damage. While this is refreshing news, the question still remains: is Polyphony Digital restricted from showing “full” damage on street cars due to manufacturer licensing issues, or would it simply take too long to implement such severe deformation on GT5’s diverse catalog of nearly 1,000 vehicles? It would be a great direct question for an interview with Yamauchi-san, but I’m not going to hold my breath…  Check out the video at the link below.